A Skylanders: Ring of Heroes guide could be your new best friend if Activision’s plan to bring the mega-popular franchise to the mobile space works in its favor. Skylanders: Ring of Heroes is a complicated game despite its humble beginnings, and anyone coming from the original platforming titles to this turn-based RPG should be prepared to read their opponent’s every move and react with a strategy in the blink of an eye.

In this Skylanders: Ring of Heroes guide, we’ll be talking shop to get you up to speed on combat basics, currency uses, and the best Skylanders to power up when you get started. 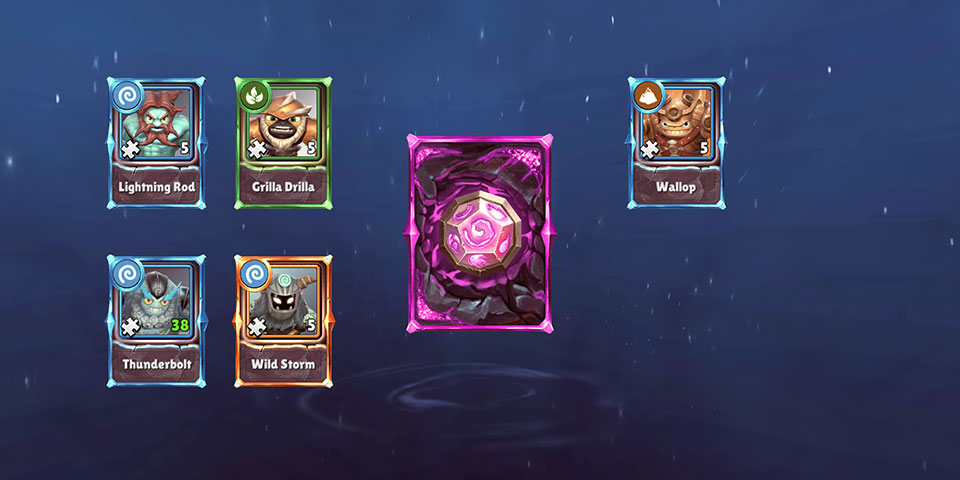 Drawing on the expansive world of the original Skylanders videogames and the books and cartoons that have come since, Skylanders: Ring of Heroes features well over 100 recognizable characters for players to take into battle. You won’t start off with all of these, though, and must instead rely on pure luck to obtain them through the “Summon” feature.

Summoning new Skylanders costs “Gems”. These can be earned in a variety of ways further down this guide, and can be spent in batches of 100, 800, and 1000 to summon a random amount of Soul Stones than can then be used to permanently summon the corresponding Skylander for use in your team. Skylanders range between 1* and 5* in rarity, with the higher the star count generally denoting their stronger potential in battle.

Like many other games, saving up for more expensive summons will usually guarantee a single powerful ally to add to your team, but just as it’s possible to get more than one this way, it’s possible to get one through single 100 Gem summons, too. Likewise, Summon Tickets earned through in-game events and special goals can take the place of gems in a summon attempt, so be on the lookout for these.

Be sure to tap the little dice icon on the top-right of the Summon page to view current Skylander summon rates during events.

Skylanders: Ring of Heroes Combat Basics – How To Fight At Your Best 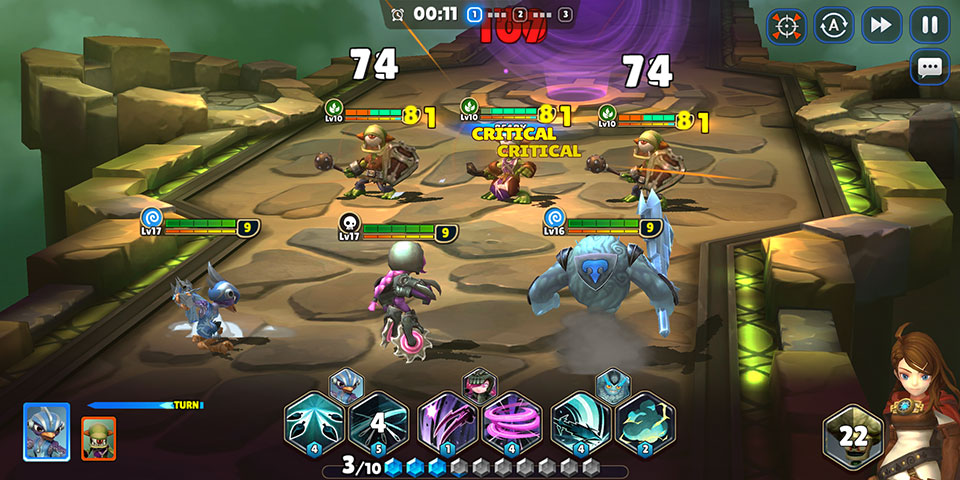 There isn’t much more to do in Skylanders: Ring of Heroes than fight other teams of enemies, and that focus on one particular gameplay element makes combat in this game more complicated than you might think.

Skylanders: Ring of Heroes uses a turn-based battle system with teams of up to 3 Skylanders doing battle against various creatures, villains, or, in PvP situations, other Skylanders. Each Skylander can bring up to 2 skills into battle, and tapping one for use deducts its corresponding mana cost from your constantly regenerating pool of 10 mana crystals. Skylanders will choose their targets automatically, but you can tap on a specific enemy to have your fighters focus their attacks.

Attacks in Skylanders: Ring of Heroes can vary wildly from powerful, single-target blows with a high mana cost, to softer attacks that linger over time and do additional damage automatically. Some Skylanders can focus on buffing the team with Damage, Crit, or Evasion Up boosts, whereas others might focus solely on doing AOE, or area, damage to whittle the entire enemy team down evenly. You’ll need to regularly reevaluate the Skylanders you bring into battle as enemy types and strategies change, and choosing to equip skills that all work together; like having one Skylander give a Crit Up buff to another with a powerful attack, can go a long way. 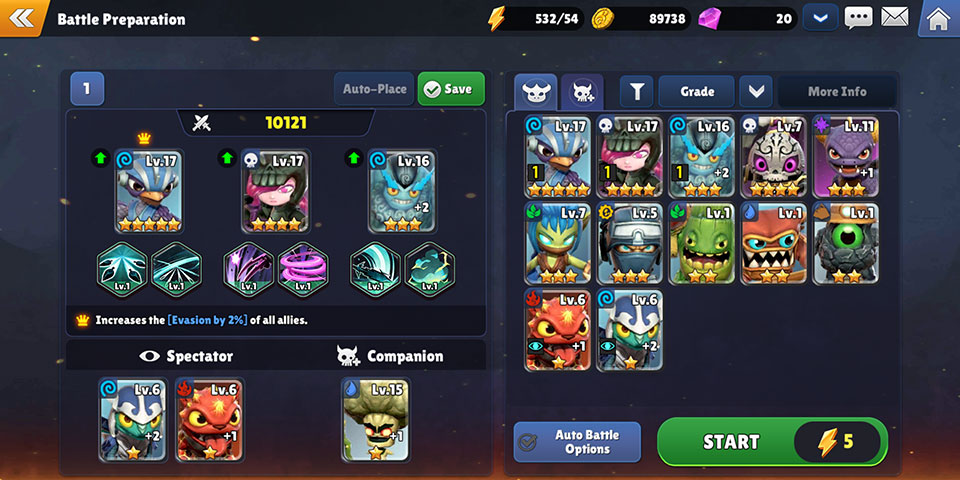 Once you unlock your first Villain companion, you’ll gain access to 7th skill to add to your hotbar. Villains aren’t sent into battle automatically when assigned to your team and are instead summoned by tapping their image in the bottom-right of the screen when available. At that point, your fourth ally will appear on the battlefield and its picture will be replaced by its only usable skill. Skills vary between villains, but they usually focus on support effects like heals, buffs for your team, or debuffs like Defence Down on the enemy team.

Be mindful when summoning your villains, though. Most enemies will look to crush these low-hp targets, and losing your support companion early could come back to bite you later in a fight. Oh, and be sure to set Spectators, too. It’s a great way to level up weaker Skylanders without actually having them fight! 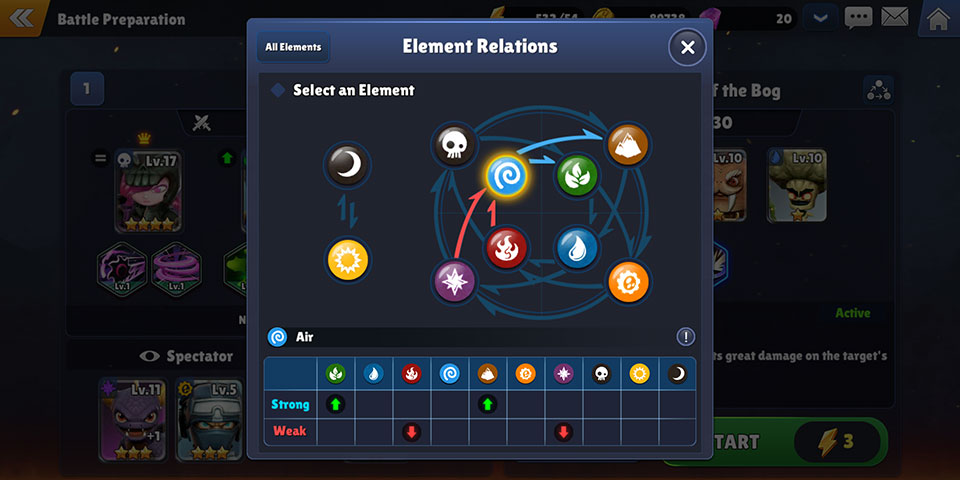 Sadly, making a team of just your favorite three Skylanders isn’t going to fly in a game like Skylanders: Ring of Heroes. It’s a numbers game at the end of the day, and while you might think your favorite few are the strongest the world has ever seen, there’s nearly always something better.

Team composition will play a big part in your continued success, and forgetting the basics when building a team can lead to a swift defeat. Sure, a team of Legendary Skylanders may utterly destroy many of the game’s fights, but elemental weakness and strengths could see rare, or even common Skylanders mop the floor against a team rocking a weaker element.

This isn’t just about Water beating fire, either. Skylanders: Ring of Heroes features a fairly complicated 4-way Element tree that, outside of Light beating Dark and vice-versa, usually sees two elements beat another. You’ll need to pay attention to the types of enemies you’re about to go up against and constantly switch out Skylanders to suit the situation.

This is relatively straight-forward during the Adventure mode. As each island on the Skylanders map typically features enemies of a set element, and you can quickly tap Edit and Auto-Place on the Battle Preparation screen to get what the game determines is the best team you can build for the job. But you’ll have to be much more careful when going against another player’s team in PvP as they’ll usually look to balance their team with multiple elements rather than putting all of their eggs into one basket.

How To Power Up Skylanders – What Is The Strongest Skylander? 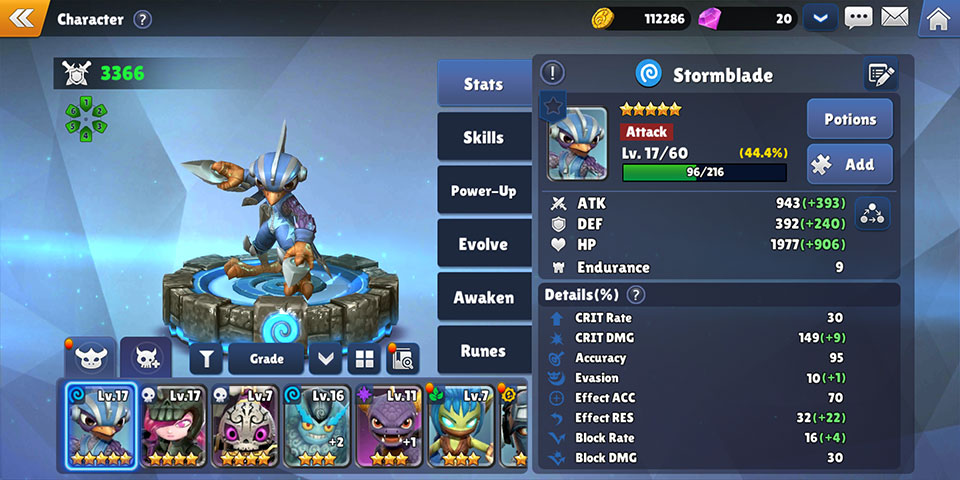 I never like answering a question so broad as “What is the Strongest Skylander”. No single Skylander is outright better than another at a chosen rarity. They all serve a distinct purpose in a specific situation. A Legendary Skylander will almost always beat a Rare Skylander, but pitting two Legendary, Rare, or Common Skylanders against each other will usually just see whichever has the type advantage come out on top.

But knowing when and how to Power-Up, Evolve, and Awaken your Skylanders will help bridge the gap between powerful enemies and allies. Your first step in creating a powerful Skylander is by taking them into battle to level them up, but you can speed up this process dramatically by using Red Potions to give a quick fix of experience points. But there’s much more to it than that. Leveling up will grant stat increases and improve a Skylander’s Might for sure, but you can only level up a Skylander so high before using the Evolve feature becomes mandatory. 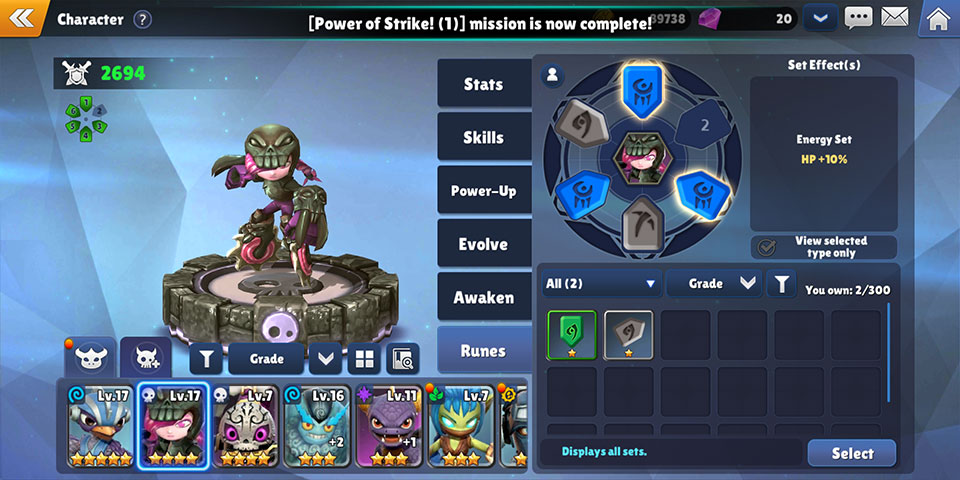 Take Stormblade, for example. As my only 5* Skylander, I tend to put my focus into him. But without getting more Stormblade soul stones for the Evolve feature, I can’t level him above 60. You can use lesser amounts of Soul Stones to give a Skylander a sharper boost in stats than a regular level up through the “Power-Up” menu, but it’s generally best to hoard more Soul Stones to Evolve your more powerful Skylanders so that they’re not stuck at the initial Level 60 cap.

Furthermore, after evolving, a Skylander can reach their full potential by “Awakening”. This costs a silly amount of Soul Stones yet again, but it will shift a Skylander into their most powerful form. An awoken 5* Skylander will be among the strongest Skylanders in the game, and you can probably still use the Power-Up feature after this to raise them to +1 and beyond.

We recommend saving 4* and 5* Soul Stones for Evolving and Awakening, as these typically offer the best power gains over longer periods. But feel free to Power-Up lower tier Skylanders in the early portions of the game to help with progression. There’s a reason the game throws countless amounts of Stealth Elf, Hotdog, and Blades Soul Stones at you.

Skylanders: Ring of Heroes – Currency, Tokens, And How To Earn Gems 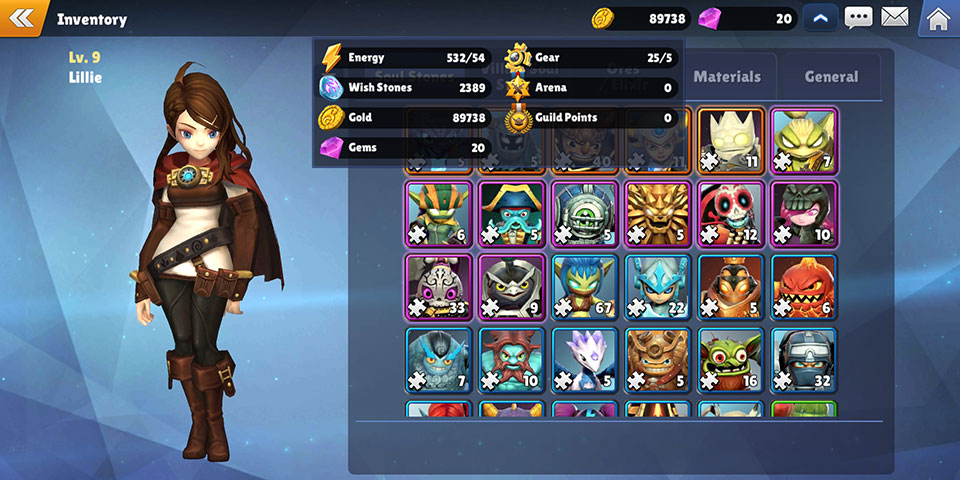 My main complaint with Skylanders: Ring of Heroes is the sheer amount of currencies and tokens it expects you to keep track of. The game is constantly cluttering your inventory with new colored trinkets to the point where it’s difficult to remember where they came from, what they do, and why you would even want them.

Just like in our Food Fantasy guide – which is a similar game you can read all about here – we’ve stuck each and every major Skylanders: Ring of Heroes currency into a handy list with easy to digest descriptions for each.

Skylanders: Ring of Heroes is a numbers game through and through. While strategy certainly helps, you’re simply going to want to have a higher might number than your opponent to stand a good chance at winning.

Hopefully, these little pointers and explanations will set you on a long path to making the most of your in-game currency and has given you food for thought on which Skylanders you’ll pour your attention into and which you’ll quickly level up just to throw away from something better.