I truly enjoyed Radiant One (Free)when it came out; in my review I gave it 4.5 stars and praised it for the narrative involving mental illness, astral projection, and the supernatural. The developer then announced the game was turning to a subscription model, and I cringed. Based on what I played though – which is now episode one, The Awakening – I wanted to give this new model a chance. The future of gaming is kind of up in the air, with some companies wanting to turn to a Netflix-like model, so it’s not an unreasonable thing to do. The second episode, The Secret, is now available, and I was anxious to dive into it (ironic, based on the narrative).

Jared has already detailed the subscription model, but briefly: the subscription is $2.99/month. If you bought the first episode, the second should unlock for free. For a limited time you can purchase the first two episodes for $4.99; otherwise, each episode sells individually for $5.99. This is where I had my first problem: I had to pay for a subscription to access The Secret, despite already owning the first episode. Still, I did it for the sake of… I don’t know, science? I also have a hard time with change so try to push through that, which is what I’m trying to do here. Each episode takes an hour or two to play through; personally, I find $2.99 is reasonable assuming one episode is actually released per month; otherwise, for an hour of playtime, $6 seems a tad expensive. 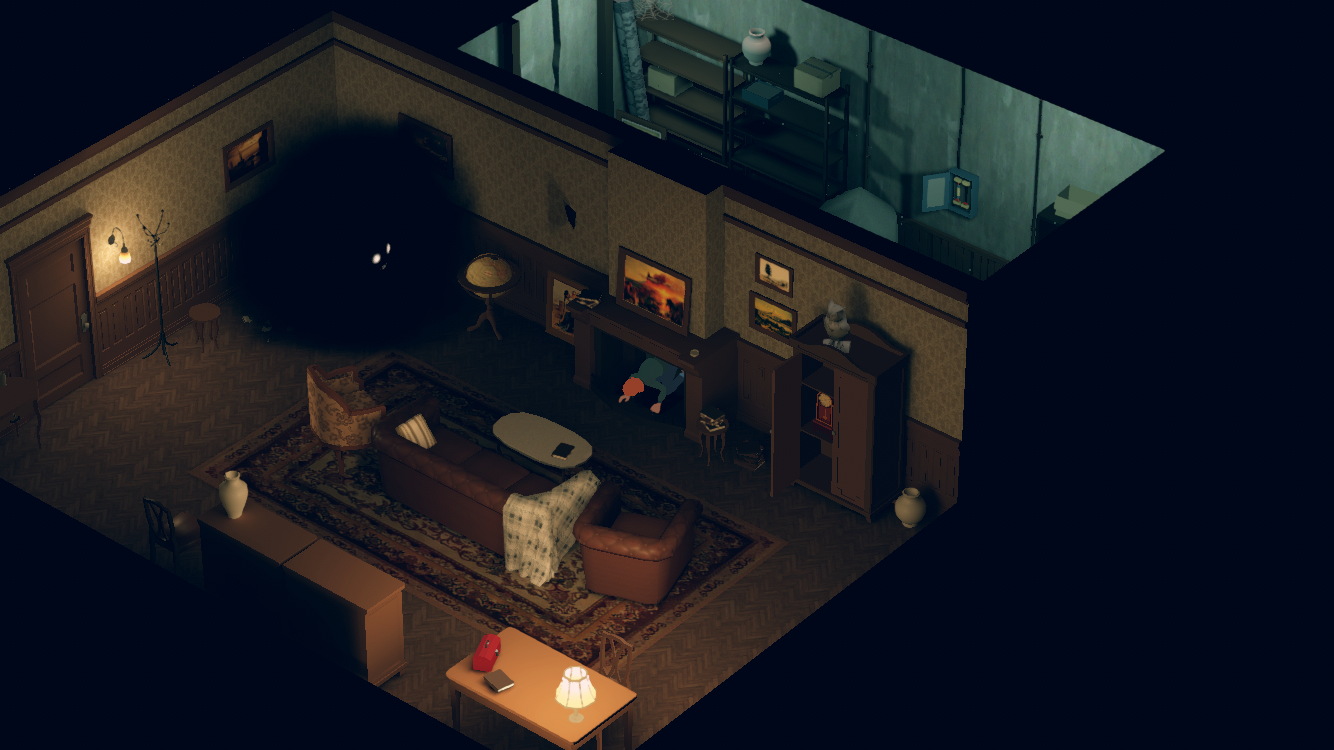 This episode centers around Rachel, who wakes up in a mysterious mansion filled with dark shadow monsters. She needs to avoid the monsters while solving puzzles with little to no mistakes, or the monsters will take over. The game is essentially a point-and-click adventure with puzzle elements. Rachel struggles with anxiety over being perfect at her job, and seems to sacrifice fun for the sake of it. Prior to her arrival at the Mansion, which was a last-minute call from work, she was in Hong Kong.

Whereas The Awakening involved astral projection, The Secret takes its cues from time travel. The supernatural is still heavily present, as mental illness manifests in physical forms that make life, and mere existence, seem impossible at times. 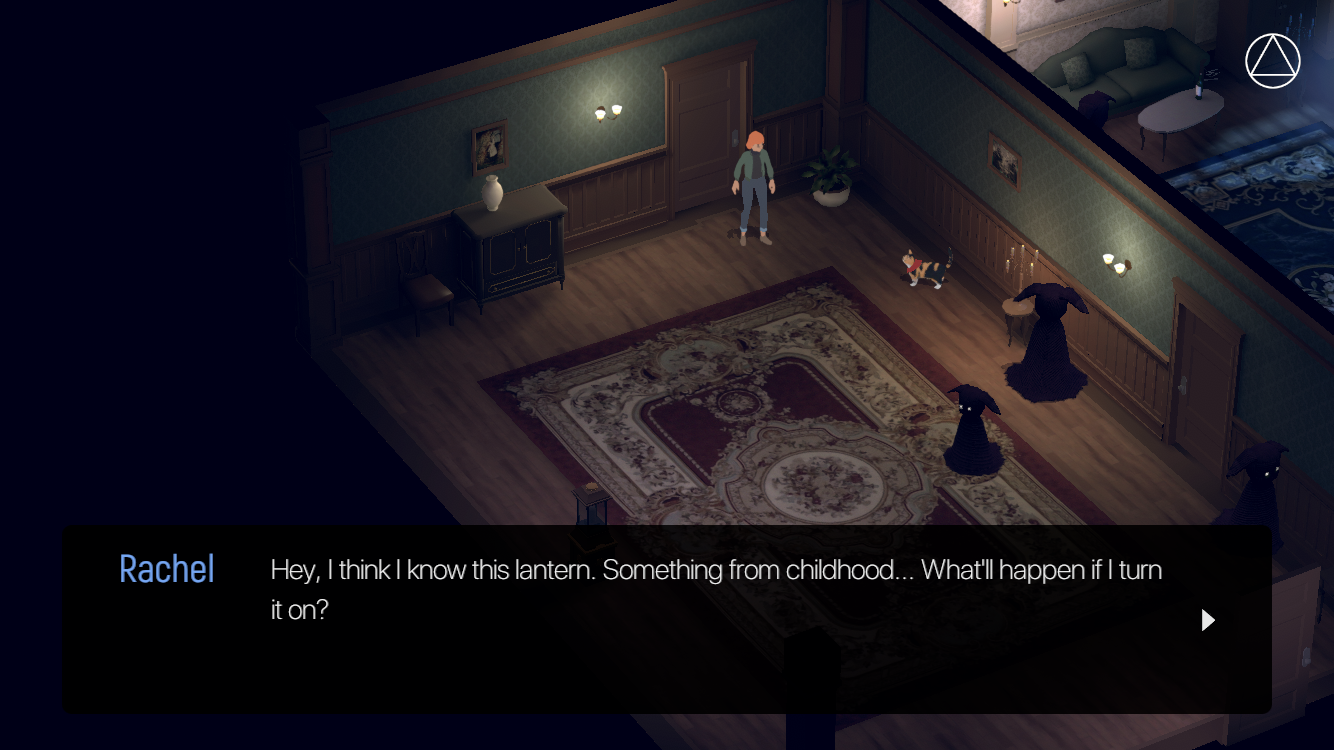 Radiant One: The Secret is completed through environment puzzle-solving. Think escape room plus shadow monsters. For example, in the first level Rachel has to find the key to a drawer (the right key, as there are several) to pry wood off a closet, take a spray bottle from inside to extinguish a fire and crawl through the fireplace to an alcove. The level continues like that, as do the later ones. The further you progress, the more difficult it becomes to avoid the monsters that have manifested from your mind.

At times, Rachel has to concentrate to do something. A white bar shows up at the bottom that you have to try and follow by touching the marked area and staying over it – the mechanic it reminds me most of is fishing in Stardew Valley. I call it the concentration bar because it appears when Rachel needs to focus all her energy on one task, but concentration is unpredictable and fleeting when burdened with anxiety and that’s represented by the movement of the bar. 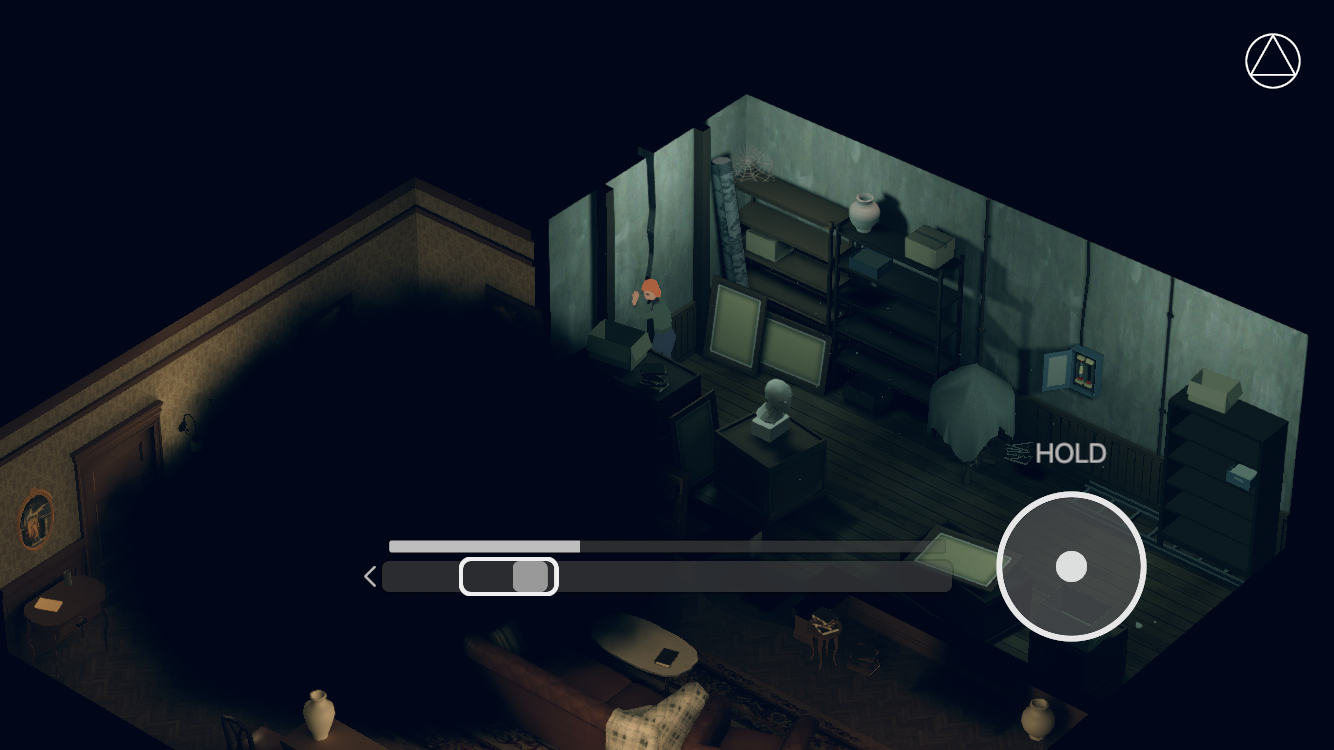 The thing is, something is different. I struggled to pinpoint what had changed between the first and second episodes. Granted, astral projection was removed, and that’s something I had a prior interest in. But Rachel’s story is rooted in anxiety, and anyone that knows me on a personal level knows how much I struggle with perfectionism and anxiety, to the point I will avoid what I need to do for months (or even years) because I don’t think I can do it perfectly. Rachel’s fears echo what my own mind has told me.

In the end, I was able to pinpoint the difference. It isn’t the game’s change to an episodic/subscription model – it is the addition of micro-transactions. There is a premium currency for sale, gems. Gems can be used to be untouchable in a single level (five gems each time) or keep helpful Hank the cat around (20 gems). My question: why? Just, flat-out, why? This episode feels less immersive, and constantly having a bright gumbull machine asking you to spend real money removes you from the situation at hand and – oddly enough – gives you anxiety about whether it is needed or you can spend the money. So a game about mental health isn’t good for your mental health. Speak of ironic. 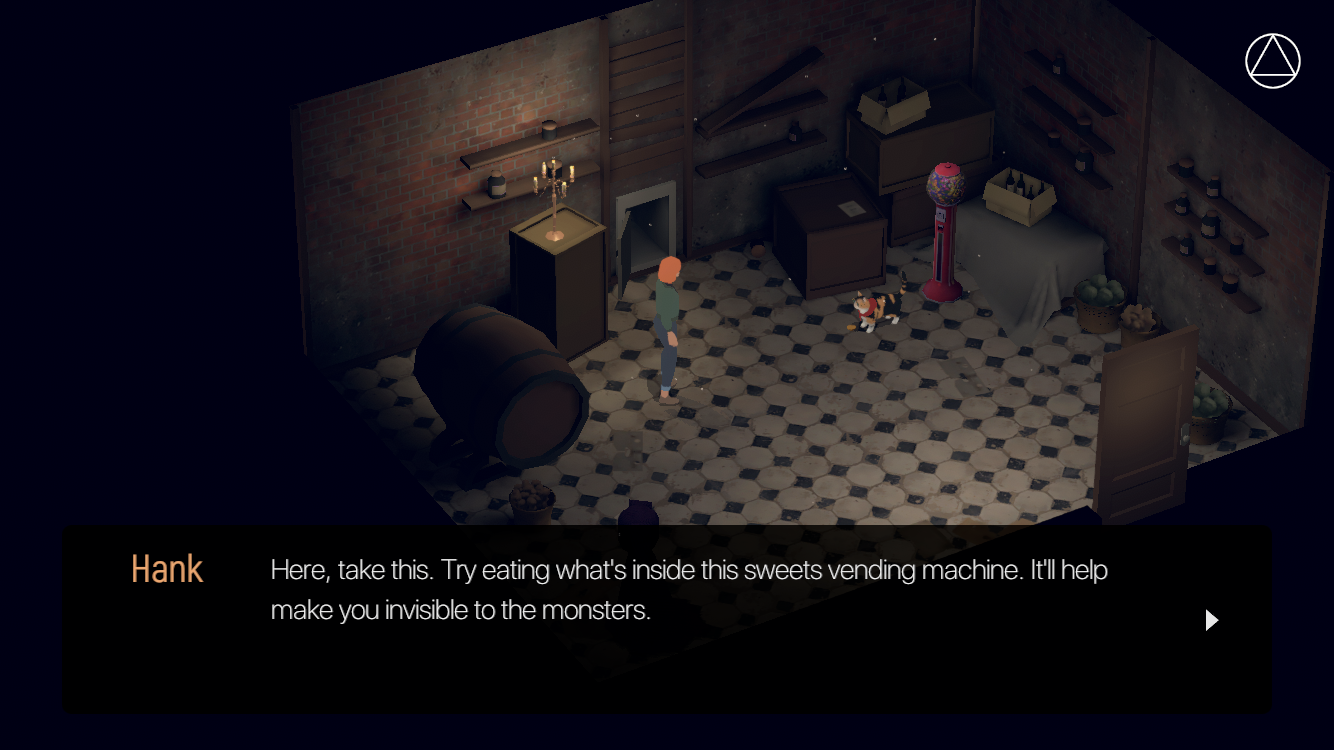 The next several episodes have been announced. Following The Awakening and The Secret are The Avalanche, The Eclipse, and The Enlightenment. We’ll see where the game goes after this, but I can say for certain that narrative is paramount and saves Radiant One: The Secret from being a total dud with this new model. The micro-transactions and confusing (possibly broken?) new episodic subscription/purchase model keep this episode from being what the first was. The connection isn’t quite there anymore. And that really upsets me, based on how much I enjoy and identify with both stories to date.