The Pokemon GO (Free) events have been a fantastic way to keep hardcore trainers occupied, all the while re-engaging long-time fans who may be overwhelmed by the fact there are simply so many damn creatures to catch. Valentine’s Day and Pokemon GO have always been a perfect fit, and just like in previous years when pink-coloured creatures flocked to your local streets and alleyways in droves, the likes of Jigglypuff, Clefairy and more will be far more common in the overworld for the next week or so. However, beyond the usual bonuses we’ve come to expect with the game’s events, there are a new batch of extremely rare Shiny Pokemon to obtain too. 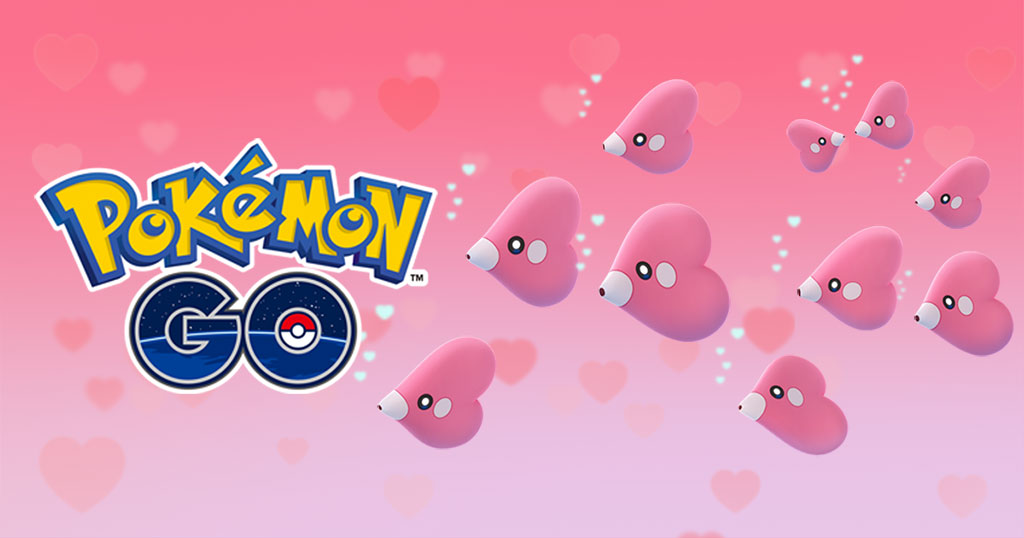 Thanks to the hardworking folks at Pokemon GO Hub, the full list of Pokemon to appear during this event includes Clefairy, Hoppip, Luvdisc, Lunatone, Slowpoke, Jigglypuff, Lickitung, Exeggcute, Skitty, Snubbull and Whismur. Chansey and Porygon are also set to appear as Level 3 raid bosses, Happiny (the baby form of Chansey, for the uninitiated) is newly hatchable from 7km eggs and a new heart-based Spinda pattern is obtainable through a Special Research task. To be honest, this selection of Pokemon is a tad underwhelming, as none of the creatures that can be found in the wild are particularly rare. Porygon, objectively the coolest Pokemon in the game, would have been an awesome catch in the wild – although a reliable way to get one at all is something, at least. Twice the number of catch candy and 6-hour lures is also a nice inclusion.

As I mentioned earlier, the true reason to get excited about the Valentine’s Day event are the new Shiny Pokemon. Luvdisc is the headline capture here, and a lovely yellow version can be found at incredibly low rates in the wild. While notoriously useless in battle, it’s another cool trophy for the luckiest and most committed of trainers in Pokemon GO. Cleffa and Smoochum are also now available in their shiny forms, although exclusively through eggs. I’m not too sure why anyone would want a shiny Jynx, but Clefable is definitely one I’ll be looking out for during my long walks over the next week. With the Valentine’s Day event ending at 1pm PST on February 21st, you have just under a week to make the most of these new spawns – I’d love to see the rarest captures you manage to obtain on our Discord server!