One of the benefits of the ‘walled garden’ that is the App Store is that, beyond the incredibly rare rogue application that slips through the cracks, iOS users never need to worry about downloading any malicious software onto their thousand-dollar smartphone. For us Android users, however, it’s a completely different story. From the most innocuous racing release to an imposter that perfectly mimics the assets of a big-name title, the flexibility of the Google Play Store and the Android OS as a whole leaves the possibility open for malware to infect your device. Despite this, Google have been actively trying to combat this threat for years, and have recently published a report on their developers’ blog about the steps they took to eradicate the threat of ‘bad apps’ in 2018. 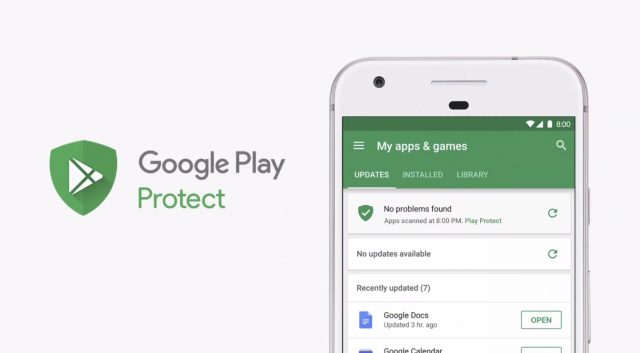 While not giving a solid number as to the number of applications that were removed, Google suggest that over 55 percent more malicious apps were rejected in 2018 compared to 2017. With 700,000 apparently removed in 2017, that means that over a million apps were identified, caught and dealt with before they could do any damage to unsuspecting Android users. App suspensions also increased by 66%, and the Google Play Protect system is said to scan over 50 billion apps each day to monitor for malicious activity. Whether you’re an Android owner or not, I’d recommend giving Google’s blog post a read, as it provides a fascinating insight into the measures that the technology giant takes to tidy up its app store. With the likes of the Pixel 3 leveraging cutting-edge machine learning technology across its software, I’m excited to see how Google begins to incorporate these elements into not only the security of the Play Store, but also to enhance the overall discovery and gaming experience for users.