Sometimes I even surprise myself when it comes to what I end up picking as our Game of the Week, and in the face of quite a few big releases these past seven days there’s this word game that I just keep coming back to. Wait… a WORD game!? I don’t even really LIKE word games! Welp, I at least like one word game, Crossgrams (Free) from Nevercenter aka developer John Plewe. I guess part of why I like Crossgrams so much is that it’s more of a puzzle game that uses words, as opposed to a traditional word game. 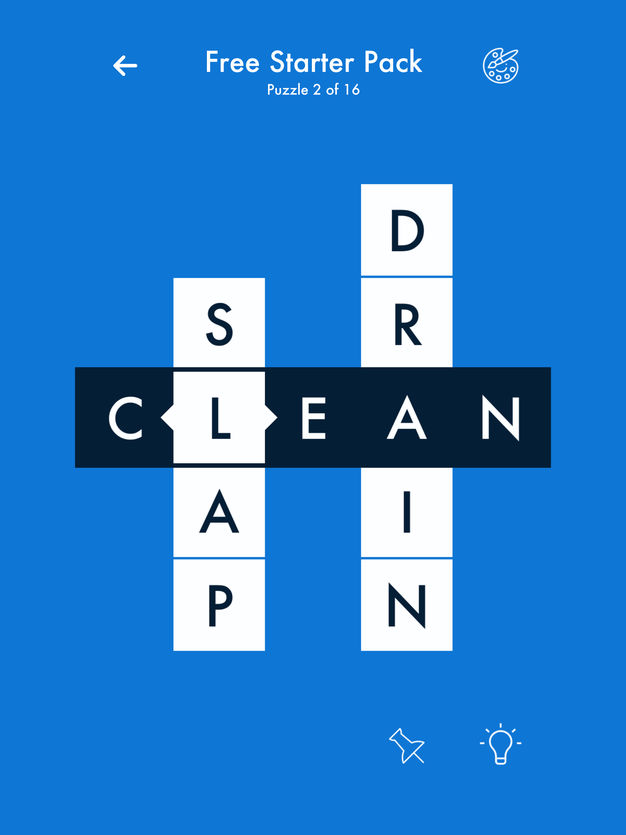 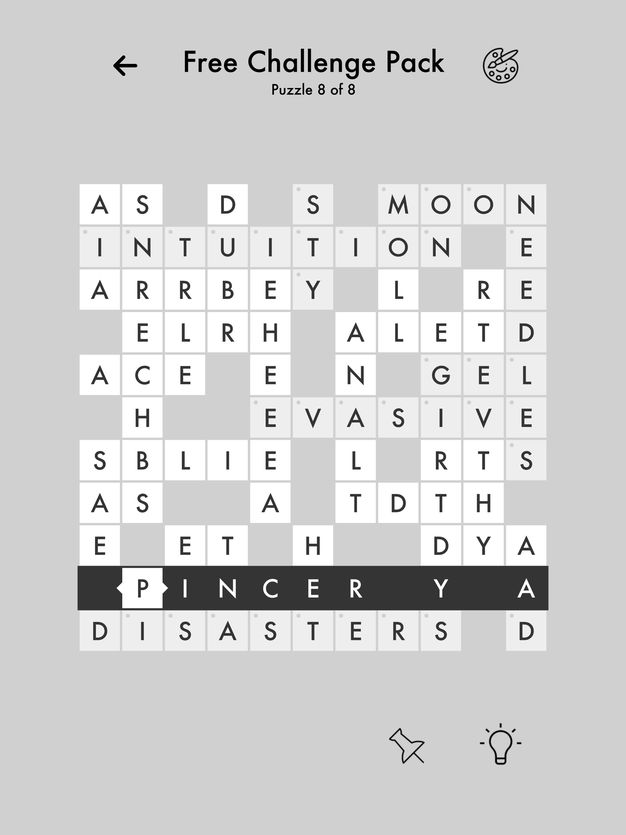 The premise is pretty simple. You’re given a crossword type of board with words going both horizontally and vertically, and intersecting each other. The trick is that all the correct letters are already filled in on the board, but not in the correct order. You have the ability to slide letters horizontally (but not vertically) and your goal is to make an actual word out of every position available on the board. This is A LOT trickier than it sounds. It’s not so bad in the beginning when you have just 3 or 4 words total in a puzzle, but later levels can have massive boards with a dozen or more words all intersecting each other, and it’ll twist your brain in knots.

It’s the simplicity of it all that I love most about Crossgrams. The time it takes you to complete a level is tracked, but you’re not forced to finish it in a certain amount of time. Which means you’re free to sit there and chew on any particular level for as long as you need. There’s also a heavy Sudoku influence which means that often you’ll find one word that just HAS to be right, and you can then double-tap the letters of that word to lock it into place, and that anchor word is your jumping off point for figuring out the rest of the surrounding words. It’s just brilliant.

The pay model of Crossgrams is also great. It’s free but there are no ads. Instead you’re given a free pack of 16 starter Puzzle levels, as well as a free pack of 8 much larger and more difficult Challenge levels, and then additional level packs are sold as IAP. Currently there are two additional Puzzle packs with 40 levels each that go for 99¢ apiece, as well as two additional Challenge level packs also with 40 new puzzles each that go for $1.99 apiece. You can try out the first 3 levels of each of these packs for free before buying, so technically that acts as 12 extra free levels you get with your initial free download.

On top of all the puzzle packs, there is a Daily puzzle that’s available to everyone that varies in difficulty but is generally much harder than the starter levels. There’s a new one of those, well, every day. And finally if you want to throw another 99¢ at the developer, you can unlock 10 additional color themes for the game. Basically you could easily occupy yourself on just the free Daily puzzle everyday, and never spend a dime. Not to mention all the other free puzzles on offer. But I think once you’ve given Crossgrams a spin, you’ll eventually want to splurge on some puzzle packs as the game is that much fun. And because you’re nice and like to support small developers. So if you’re like me and maybe don’t LOVE word games so much, but do love puzzle games, I think you’ll also get a ton of enjoyment out of Crossgrams and for free there’s no reason not to be checking it out right this instant.