While video games continue to have a bit of an identity crisis between lower Kickstarter completion rates or the ever shifting user base (or the “who is a real gamer" debacle), board games have evolved to sit quite comfortably in their own niche, not making a lot of outward noise, and raking in the money of fans that seem to genuinely like what they are buying. I found myself a little awed at how unpolarized Pax Unplugged 2018 felt. Stepping away from the familiar promise->develop->release->outrage game cycle it was really great seeing big name and small name companies together delievering, for the most part, exactly what it was their audience was asking for. In a CEO panel, chaired by Scott Gaeta, Patrick Leder, and Tim Fowers, a lot of topics were discussed but some of the best advice came from the panel in relation to Kickstarter and timing the release, scope, and expansion of an intellectual property. 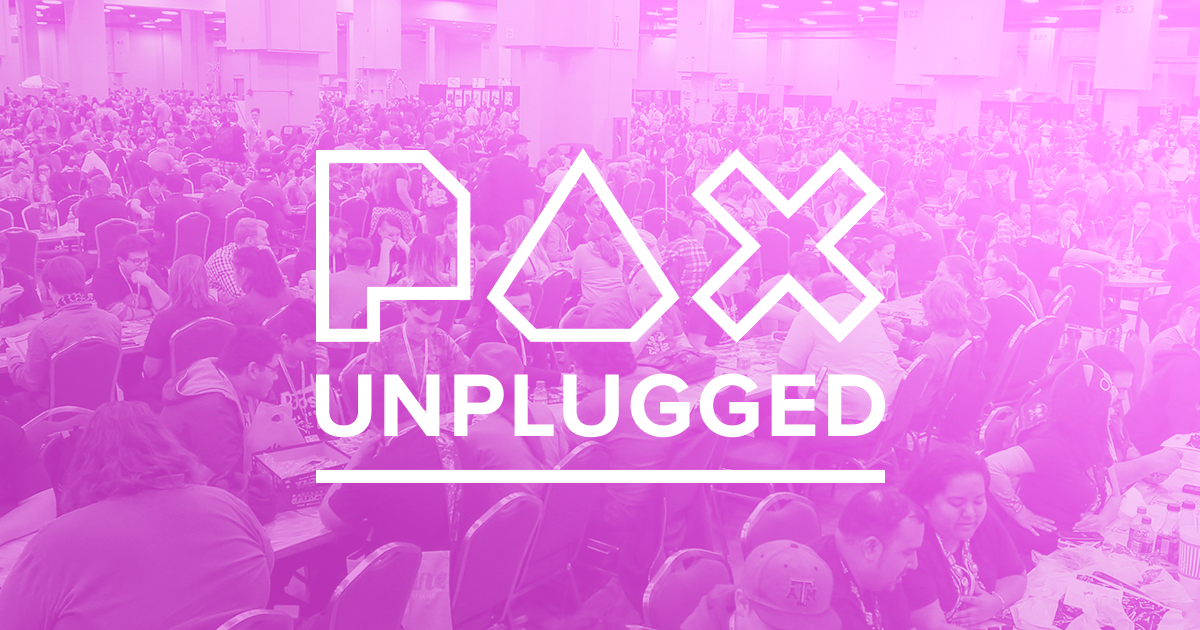 What makes Kickstarter so good for board games and so bad for video games? Well, Kickstarter really helps a board game developer determine demand/interest in their game and prevents an unpopular idea from gaining traction. This is all much more important for a physical product because, in general, you have a whole lot less back end promises for a board game. You promise to make the boardgame on Kickstarter, usually with your story and mechanics already well understood. You get money for the board game. You make the board games and ship them. Easy enough. Even if the game isn’t as pretty or as cohesive as you might like, there is probably already a YouTube demo of the game people watched and gameplay differences will be small and mostly cosmetic. The important part being that the game part of the game (rules, interactions, mechanics) are already basically set in stone before the first day your Kickstarter opens.

Now look at that for a video game. You spend time creating a story, a cinematic, and maybe if you are lucky some very alpha gameplay footage. The Kickstarter begins and you have a certain amount of money to finish designing the game. The Kickstarter for a video game occurs MUCH earlier in the development cycle than for a physical product and there are an infinitely larger number of things that can disrupt your production cycle even after the campaign finishes. You have an entire game left to develop. You have to secure servers if you are an online game. You might have to secure licensing rights, you might need to protect your property from a copycat developer that can beat you to market. There are so many reasons why we and many other gaming outlets opt out of covering digital Kickstarters that really just don’t exist on the physical production circuit.

So when is a good time, then, to take your board game idea and make an app? Well for Scott and Tim he said it boils down to two major questions. First, do you have a loyal following for your title? Second, do you know the people that would be working on developing the app? With these two questions you are answering probably the most important issues. Is there demand and will your product be enjoyable to those that want it. He said that as soon as you have a board game that is popular, you will get a flood of communications from small time developers around the world looking to make you an app. Regardless of if you stay in house or get an agreement with an outside developer, the most important thing is understanding if they have a track record of quality apps. I have to agree with this, so many times we have seen a simply amazing game get sunk by a fledging developer biting off more than they can chew. If you know the work that the developer has done before, you will be miles ahead of blindly signing off the rights to digitize your game.