There was too much happening at PAX this year. From what I heard from many veterans of last year’s Unplugged, the size of the convention just about doubled in size and it is very obvious why. Not only is the board game business booming, gamers are realizing that many experiences that have been digital only are now coming back to our kitchens and living rooms in mechanically pleasing and updated ways. We are seeing less and less divide what constitutes a video game and a board game in many ways and isn’t it natural that while we all have our preferences, a huge amount of crossover isn’t just inevitable but necessary? With that said I wanted to spend a bit of time just outlining some of the most outstanding things I got to see and experience in my 3 day quest to learn more, play more, and enjoy the company of many fellow nerds as we celebrated the things that bring us together.

Every day all day of PAX there was one booth that not only had a constant line but also a constant crowd just watching the mayhem and it was the manually hand operated Exploding Kittens ($1.99) Vending Machine. So before I talk too much about what this was all about, maybe you’d like to see a video of this in action:

Yes that was me after waiting in line for about a half hour. It was all very thematically accurate to what exploding kittens is all about. Goofy jokes and in general a good wacky time. While there was a button there for each of their products that were on sale, the $1 random item option was for certain the most ordered item. It helped us all remember that while drama seems to be surrounding the video game sphere, board games are still just about people in the same geographic location having a good time. It wasn’t just the crowd that earned the win for Exploding Kittens but also putting the overall philosophy of board gaming into a fur-covered box operated by gag jokes, human hands and some good old fashioned ingenuity. 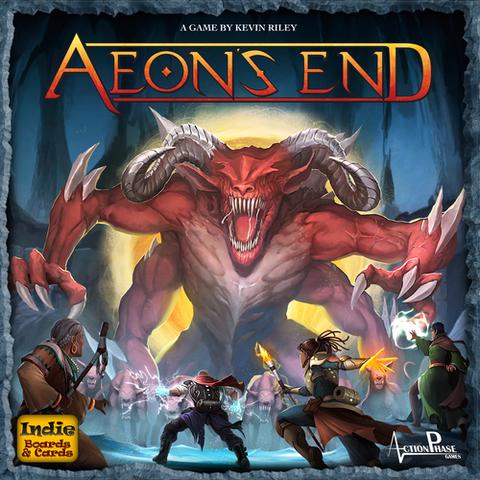 While we don’t know the exact release date yet, Aeon’s End already has my mind simmering with a very satisfying gameplay loop. Card games almost by definition have the built in randomness of card draw but Aeon’s End takes that concept and restructures it. While we know that without any randomness you might as well be playing chess, this game instead shifts the RNG to turn order, rather than card draw. What this means is that you or your opponent might end up with multiple turns in a row, but every single card you discard ends up being drawn in the exact same order. This game is built on you being able to keep track of the order of cards you will draw. Tabletop enthusiasts will already be well aware of this title from its 2016 physical debut, but now we will finally have a chance to play it digitally. Jeremy from Handelabra was on site with a playable demo and it blew me away just thinking of how the theme of being a powerful magician up against a huge monster made sense for the mechanical ability to essentially count your cards. You are a mage, you have a strong control of your magic, therefore you end up being able to plan out future turns by discarding in a certain order. It all makes sense and I can’t wait to see it fully materialize on my iPhone.

Did you ever wonder what happens when a swarm of birds just seems to take over an entire meadow, or why raccoons amble around almost aimlessly? What if a herd of cats were unleashed on that bird swarm? If you haven’t heard of Root, this is the type of question you might end up asking yourself as you play to see who ends up with control of the forest. Asymmetrical games are inherently difficult to balance. Once you start addiing in multiple factions, all intentionally incongruent and you almost would have to end up with a complete mess. Not so with Root. We got a chance to sit down for a demo and I was immediately hooked not just on the beautiful artwork but the elegance in which each faction dovetails into the gameplay. The vagabond and woodland alliance factions were just fantastic to watch in how they gain victory points but really every faction demands and warrants a full playthrough even just to plumb the basic strategy of the game. If I had about seven extra hours I could have added to my life within the PAX floor hours, it would have been playing this over and over again. In the CEO panel we attended, CEO Patrick mentioned it may be coming soon to digital, no further details available yet but we have our ears close to the ground to catch the arrival of this year’s woodland classic. 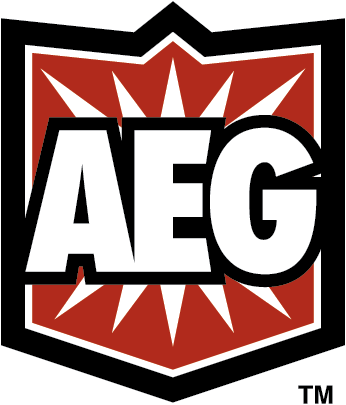 While some companies came with more games to display, the three titles that really captured our attention the most as stand out games of vastly different genres was in AEG. Smash Up, Cat Lady and War Chest in particular are three games that have very little common ground besides a very enjoyable table top experience. As an over the top party theme card game, you can’t go wrong with Smash Up. In fact, my own board gaming friends have that one guy that literally has like… every single deck you can get a hold of. You want to play Steam Punk Vampires? Shark Tornados? Ninja Mages? Alien Grannies? Pirate Kaiju? Kung Fu Fighting Explorers? The list goes on and as outlandish as all these sound, they do a great job making each deck FEEL like their namesakes. Cat Lady kind of begs the question, what weird stuff do people do when they love cats? Sure they feed them, but they also give them tons of toys and outfits which are probably universally reviled by the feline component of the relationship. What do you do when you get all that stuff? Well yeah you get more cats! It’s a great fit for a set-building collection game and is really a great gender neutral experience that actually my daughter felt drawn to and I have to agree it’s a fantastic game. Rounding out the selection for me was War Chest. This one is their serious war-game with very easy to understand mechanics. You take one part chess, one part deck building and you mix em up, add in a 4 player mode and out pops this gem of a game. I kept coming back to play more of this one through out the weekend just because it is so cool. I hope it comes to iOS because as long as the app functions my reccommendation will most like just be ok buy it! Fun to learn the different units, fun to draft them or just do a random selection, and to top it off the game is a lot more forgiving than chess is for players of differing skill levels. AEG gets the win with their line up.

I don’t even have a name for this one, but TJ and Mike at Bush League gave me a sneak peek at a project they are working on. Based on a narrative involving a group of mice trying to escape a labratory, this wacky adventure has the beating heart of a very strategic game. At the moment this is both a physical and digital game with a peg-board pachinko or plinko-esqe mechanic. Players place goals at the bottom of the board, and then take turns playing cards that allow them to place a guide-ramp somewhere on the board that will help their own goal or block their opponent’s goal. Marbles are then rolled down the board and scores are tallied up. Each round the players get to play one or maybe two cards and slowly develop a board full of ramps. The best single part of this game is the part, incidentally, that they have a patent on. One of the card types is a “pivot" card which allows the player to rotate a ramps and thus restructure the existing board, usually in their favor. The catch is that there is no bottom row goal tending, nor can you move a ramps that has no open pegs to be pivotted to. My first impression of the game was that it could easily find a place in the library of someone who thrived on quick head to head experience games like Words with Friends or even Outwitters. The strategic complexity and immediate accessibility of this game are its prime strengths and I hope to see them build on their platform as development continues. As a personal sidenote, I had the pleasure of defeating game creator TJ at my very first game of this as of yet unnamed project! In all seriousness though, the guys with Bush League have a great idea and are great sports and I want to see more of what they have to offer!