Some weeks (ok, most weeks) a lot of great games hit the App Store, and by the time Friday rolls around I’m spending an absurd amount of time hemming and hawing over which one I think deserves to be the Game of the Week. And then sometimes a certain new game sucks up so much of my time, I’m just constantly going back to it over and over, that it would be hard to pick anything other than that game. That’s the case this week with Super Fowlst (Free) from CatCup Games. I don’t know if it’s a good thing or a bad thing but I cannot stop playing this one. 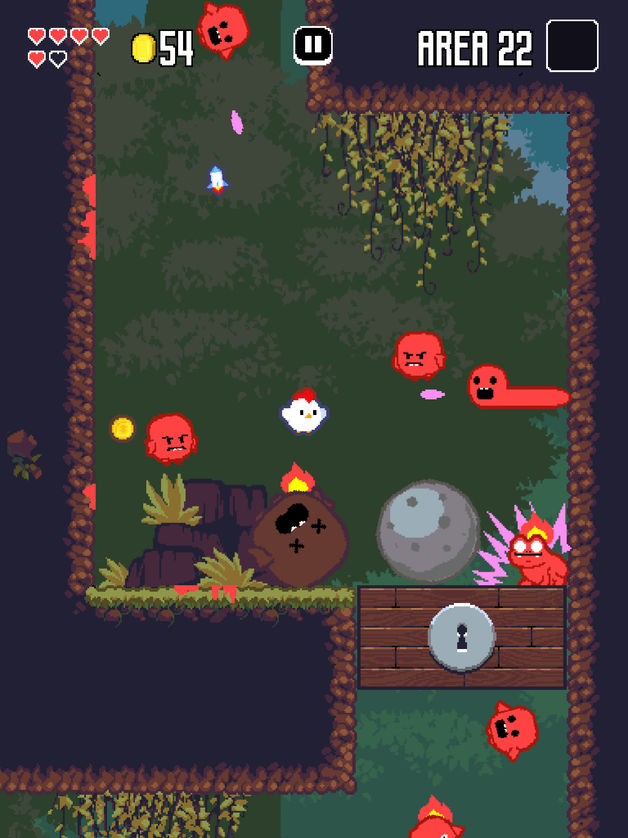 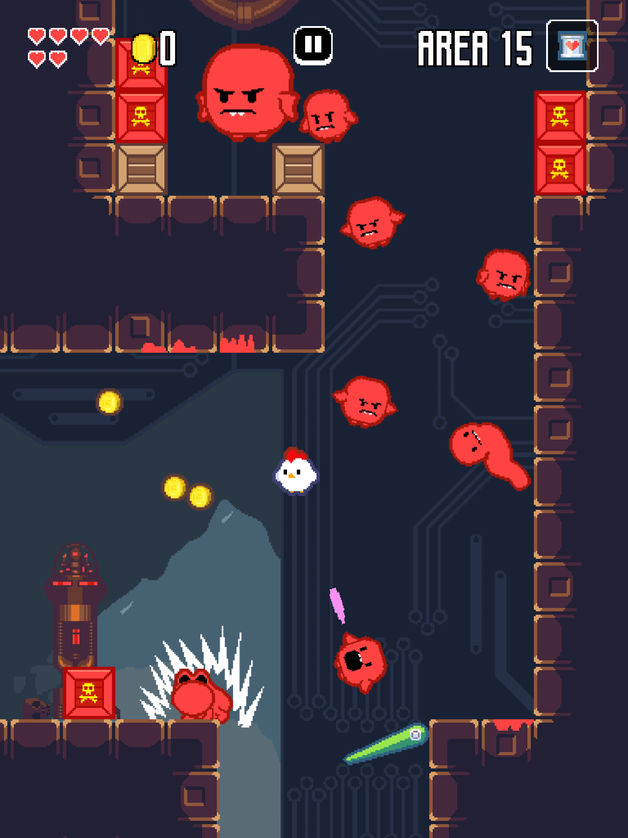 Super Fowlst might not sound terribly exciting on paper. You play as a rotund little chicken who gets dropped into a level and must destroy every enemy by bashing into them, or in some cases luring them towards an explosive or even tricking the enemies to kill each other. You move by tapping the left or right sides of the screen, with each tap causing you to flap upwards just like that one ultra popular game whose name escapes me right now. You can bash into boxes spread around each level that’ll uncover coins and occasionally power-ups, which you can trigger simply by swiping up on the screen.

And that’s sort of it. You’re plopped into a level, you flap around killing enemies and collecting loot while avoiding getting hurt, and you move on to the next level. Rinse and repeat for as long as you can survive. The enemies become more frequent and more dangerous the further you go, and the levels become more hazard-filled. There’s even some pretty epic bosses you’ll have to contend with. The crazy thing about Super Fowlst is that the mechanics and especially the game’s physics are so finely tuned that it’s almost like you’re fully in control and totally out of control at the same time. It’s tricky to explain but death always feels like it was due to your own sloppy behavior, and the moment you do die you’re practically bashing the restart button because you just KNOW you’re going to get even further THIS time.

Super Fowlst is just one of those games that has that special sauce. You just want to keep playing it, and even when you’re not playing it you’re THINKING about playing it. A nice little upgrade tree and a decent selection of unlockable characters adds some progression to the game aside from high score chasing, and the game is totally free with the only IAP being for unlocking any of those characters immediately instead of saving up and unlocking them with in-game coins. It’s one of those pay models that’s probably too fair to the player and won’t make the developer rich anytime soon, but at least there’s no barrier of entry to get a lot of people to give Super Fowlst a shot and hopefully become as taken with it as I have.