As we reported earlier today, Blizzard made a huge announcement for its mobile fans with the announcement of Diablo Immortal, a new Diablo game for mobile devices. Billed as being a “full fledged RPG,” Diablo Immortal looks to bring the full experience of the Diablo series to mobile while providing an opportunity for Blizzard to explore the twenty series of history y between Diablo II and Diablo III. This is all well and good, but can Blizzard really do a good job of translating its venerable series onto a mobile touchscreen? I had the opportunity to check out their floor demo today and I have to say, the answer is an unequivocal yes. 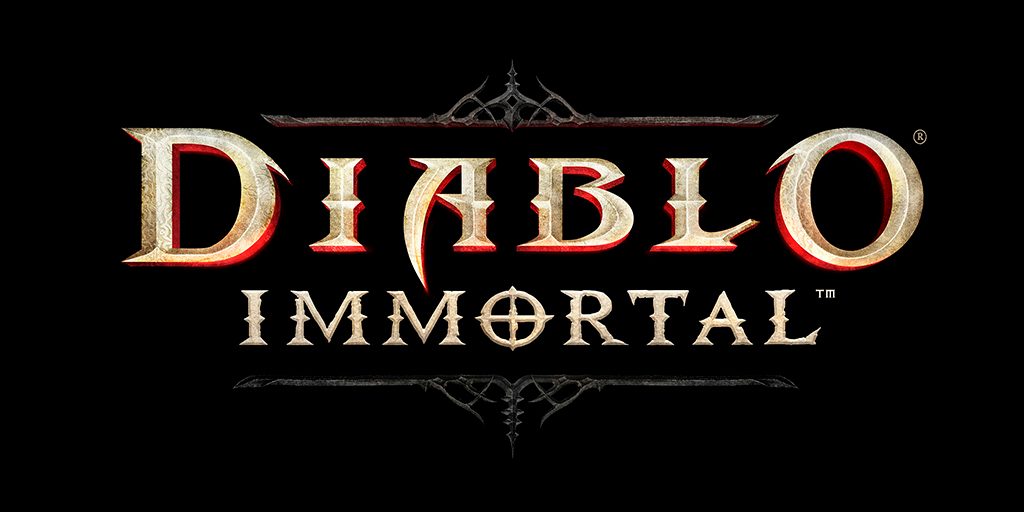 I checked out the Diablo Immortal demo on a Samsung device with similar dimensions to the iPhone XS Max, which means a decent sized screen with high end specs and no bezels to speak of. As soon as I launched the demo it was very apparent that this is the real deal in terms of Diablo gameplay. For my first playthrough I decided to check out the wizard, whose move set focuses on lot of ranged attacks with a glass cannon stat sheet. Immediately I’m launched into a dungeon like setting where Deckard Cain is there to provide me my first quest. That quest? To take out a few cultists that are summoning throngs of demons into the world. The demons were fairly easy to take out with my fully charged magic, but if I didn’t make a beeline for those cultists I would have been overwhelmed eventually. 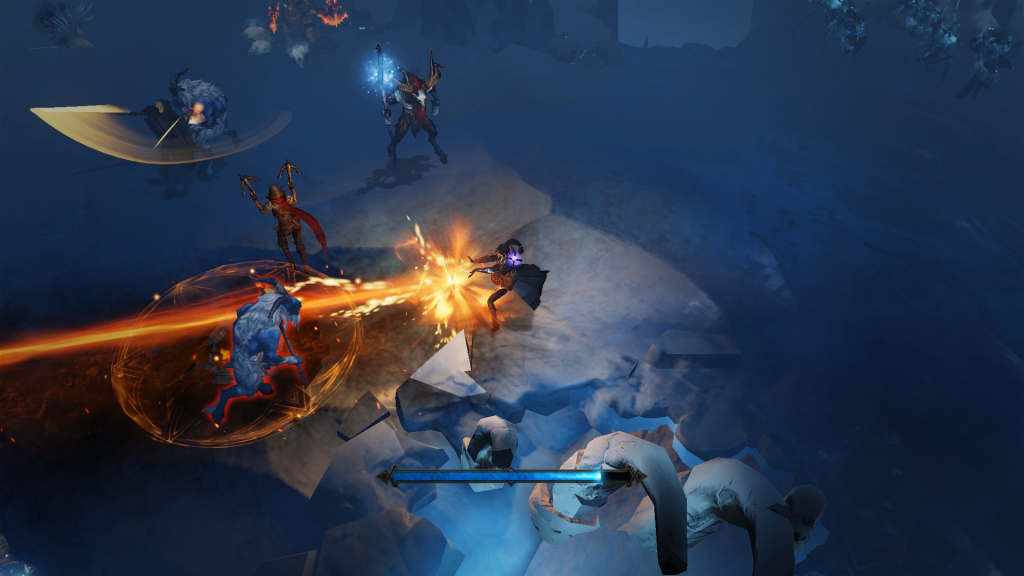 Once I succeeded, I went into a portal that took me to a plague-filled countryside where I fought through a variety of enemies and bosses. I eventually I ended up at the Court of Madness, where I was asked if I wanted to proceed by myself or join up with a party. This is one of the points of emphasis for Diablo Immortal a push towards party-based gameplay that has always been a staple for Diablo but is taking on a new meaning with Immortal. After tapping on the solo option, I took on a giant demon with scores of hit points, the ability to do massive AoE damage and summon minions to take me on. A full five minutes later the battle was won, the loot was mine and the demo was over.

If this sounds like any other classic adventure in the Diablo series that’s because it was. The locales, enemies, and loot were all amazingly familiar. I could have been playing this exact adventure on my PC and wouldn’t have bat an eye except for a few small changes. For one, there are a few more loading points in Immortal which take the form of portals that take your from region to region. The second is, of course, the controls. 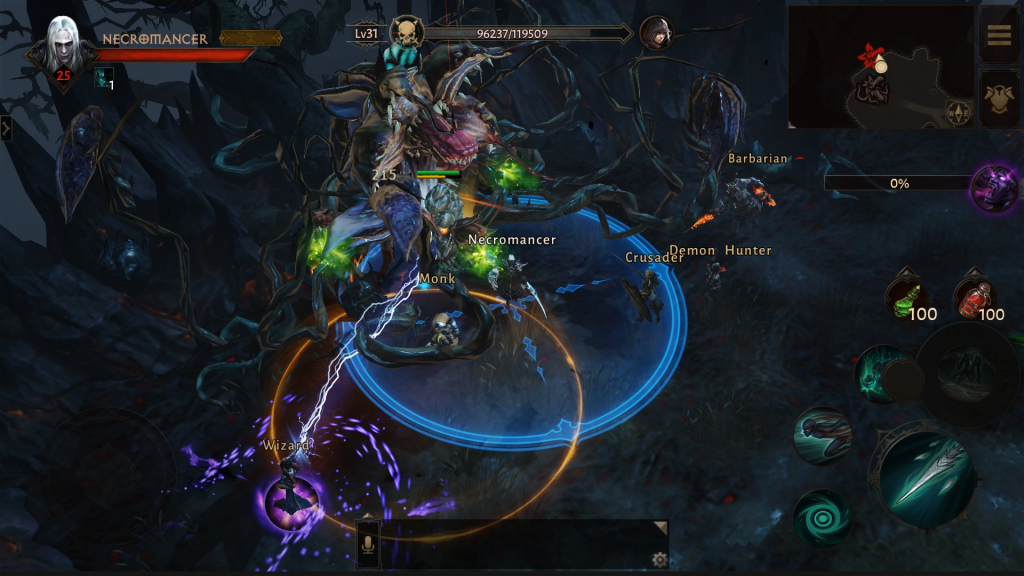 If you’ve played the MOBA Arena of Valor, the Diablo Immortal controls will feel extremely familiar. In fact, it’s pretty much the exact same control scheme, with an invisible virtual joystick on the lower left side of the screen for movement, and your hero’s ability laid out around your basic attack on the right side. Depending on the ability you select, you can tap and hold the ability to aim. For example, holding a cone attack will let you select the direction of the cone while holding down on a projectile gives you the total range and lets you drag to move where it will land. This is probably one of the best control schemes to have for a Diablo game on a mobile device and I’m glad they chose it.

Visually speaking, Immortal looks just as good as Diablo III running on a decent rig (to be honest, it’s not like Diablo III is particularly demanding to begin with). I was more impressed with the fast, stable frame rate that held steady even as the screen started to be filled with a dozen or so enemies. Playing the wizard, I was impressed with all the various spell effects, and the weather and overall ambience that has been a staple for Diablo III all seem to be there in Immortal. This does not appear to be a stripped down version based on this demo. 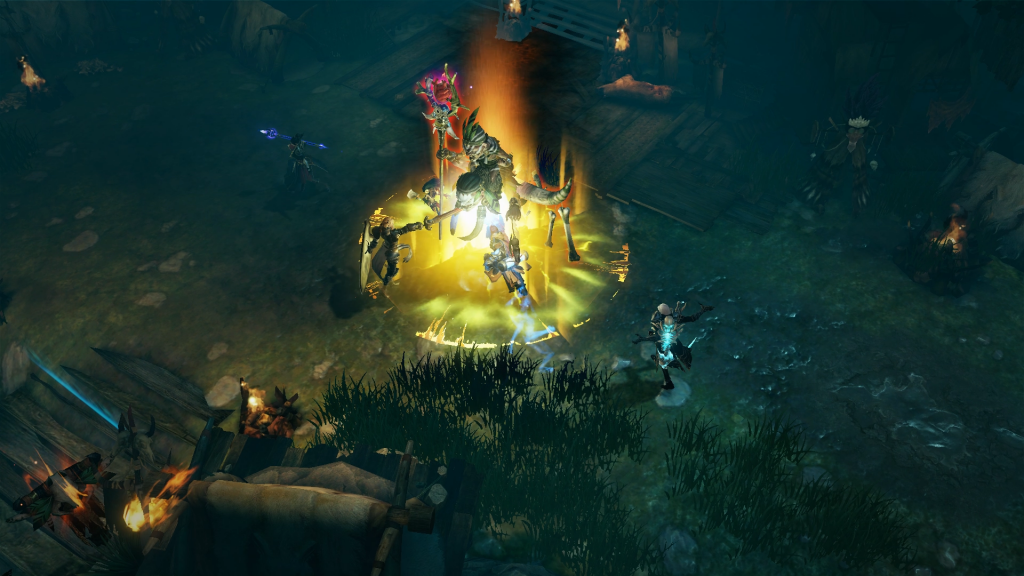 While certain types of gamers may turn their nose up to Immortal, in my mind, it can succeed with four basic tenets: tons of enemies on screen, a super smooth frame rate, controls that work, and that oh so important loot system. Based on my limited time with Immortal, I can say that I think it will achieve each one of those. Of course, there are a few outstanding important questions: Will this be a premium game or freemium? Will it have IAP? How will the storytellers at Blizzard continually refresh Immortal’s content, which was a point of emphasis in the reveal? We’ll be sure to ask these questions and more when we get an opportunity to chat with some Diablo folks tomorrow.