It’s time to put those Halloween decorations away, as a new type of celebration has started in Animal Crossing: Pocket Camp (Free) beginning today. This month mark’s the game’s first anniversary of its release, so the month of November will be dedicated to the title’s first birthday. And who else to best represent the Animal Crossing name during the festivities than everyone’s favourite pup, Isabelle?!

During the month, and spanning across several events, players will collect anniversary candles to earn exclusive rewards. Each event will also offer its own rewards, and follow traditional event structures of garden, scavenger hunt, and fishing tourney. The rewards from candles include a giant cake, as well as the outfit Isabelle is sporting this month. 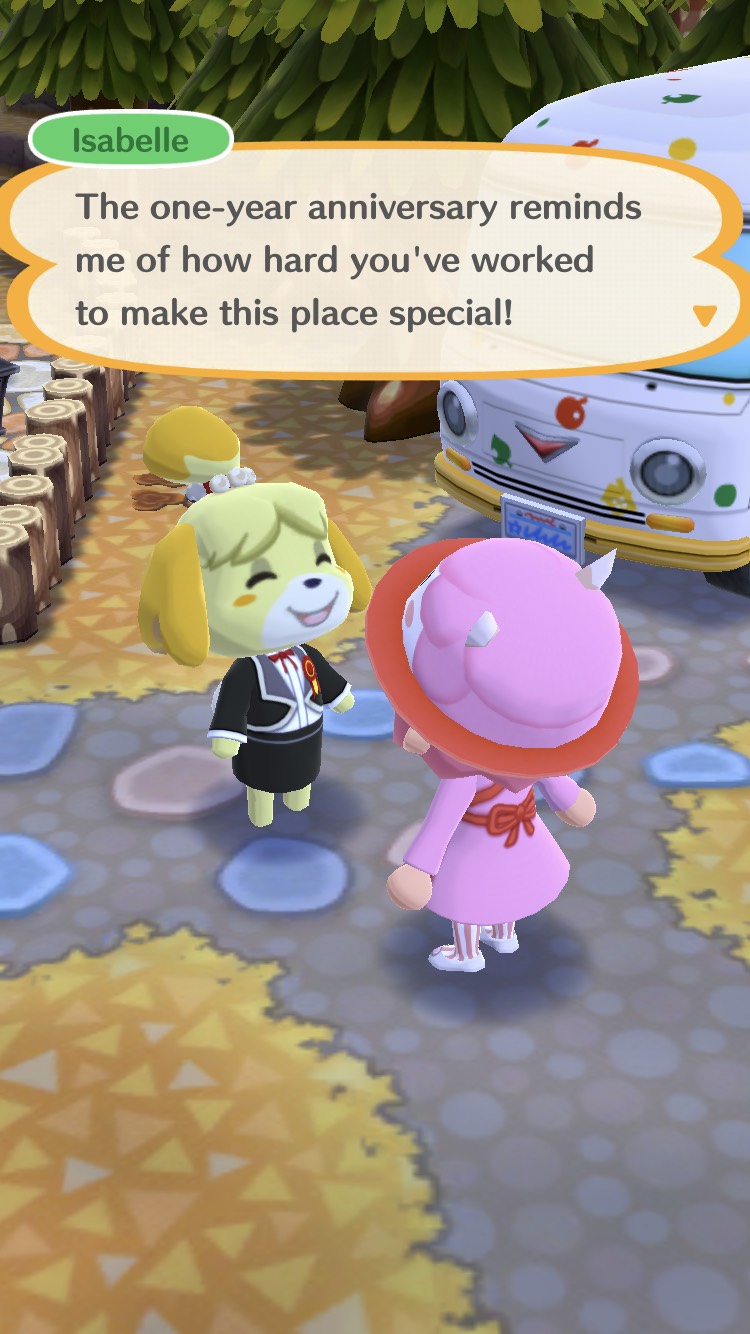 Part two of Isabelle’s Party-Prep Project begins on Monday, November 5; it will introduce one new Rosette seed/flower and two new Flutterbows, as well as new rewards. Following completion of the normal rewards during the second part, “hard" rewards will unlock.

Animal Crossing: Pocket Camp continues to celebrate its first anniversary following the Party-Prep Project, as a scavenger hunt runs from November 12 to 21, and a fishing tourney runs from November 21 to 27. There’s a Gift For All of a cake stand available from November 8 to December 8 (it appears in your mailbox).