There are lots of debates about the best way to re-issue retro games. SEGA, more than any other company, has put a lot of different solutions to the test. Sometimes it dumps a bunch of games at once in a big collection, sometimes it releases games in small batches, and other times it releases them individually. The advantage of doing individual releases is that each game can get more attention, both from the developer and the players alike. The downside, one that mobile gamers know all too well, is that these initiatives eventually reach an end, and whether your favorite classic makes it or not by then isn’t a guarantee. That stings doubly when you’ve got a series of games with interconnected narratives, such as Phantasy Star or, say, Shining Force.

A long time ago, when SEGA first had the idea of releasing its 16-bit catalog on mobile, the original Shining Force was one of the lucky titles that was included. It ended up being a really good fit for mobile, and fans waited for the sequel, Shining Force 2, to make its way to the platform. And waited. And waited. When SEGA Forever, SEGA’s latest attempt to resurrect its classics on mobile, was first announced, one of the games I was most hoping to see from SEGA’s 16-bit era was Shining Force 2. I knew that for that to happen, we’d likely have to see Shining Force 1 make a comeback first, and as the number of releases from SEGA started to slow down, I wasn’t sure we were going to see either of them in the end. 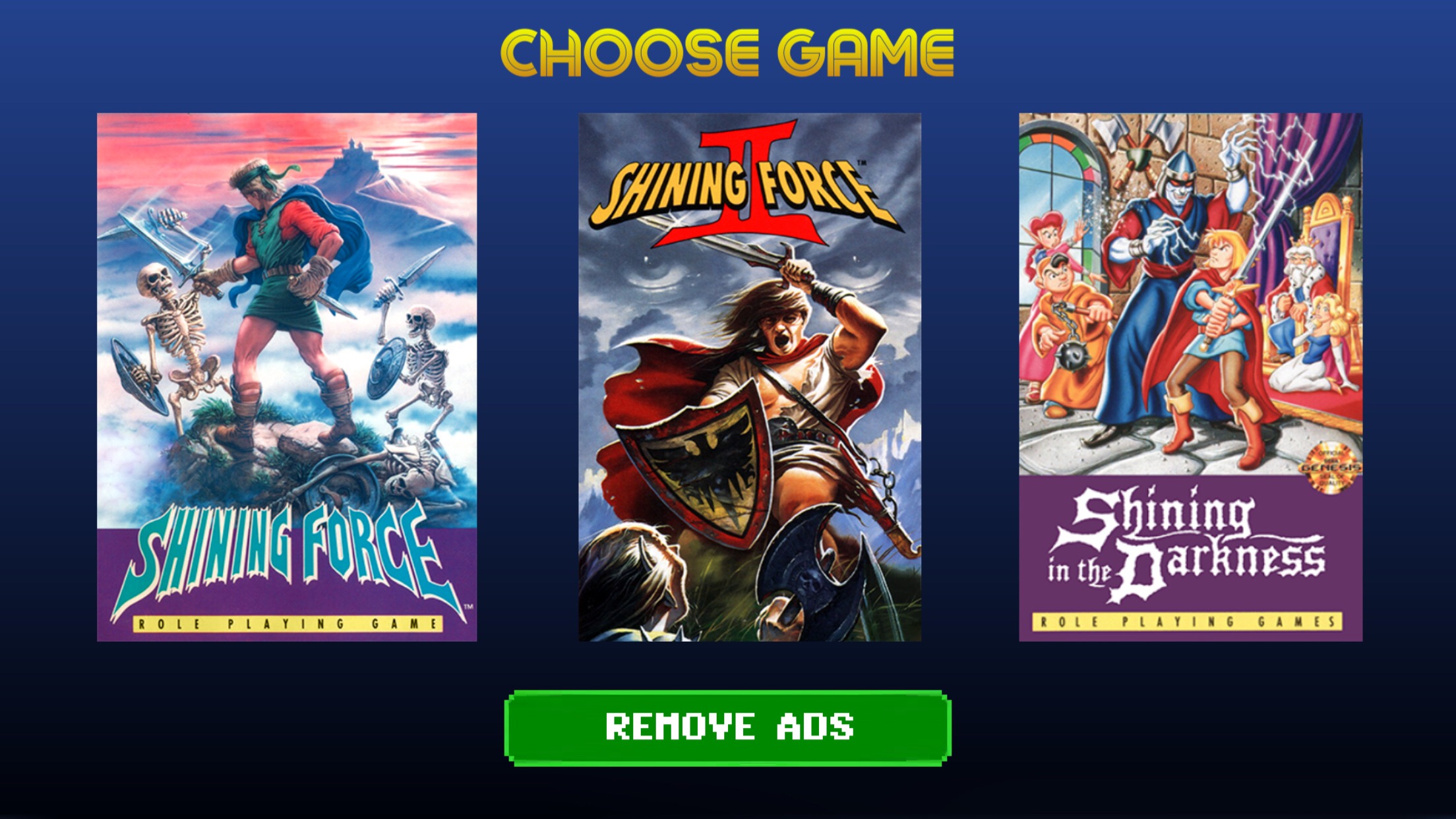 Well, it looks like I don’t have to worry now. SEGA has decided to split the difference between the bulk vs. individual release schedule with Shining Force Classics (Free). It looks like any of the other SEGA Forever Genesis releases, but this one has a big difference you’ll see as soon as you fire it up. Rather than including just one game, this app includes all three of the Genesis Shining games. That includes both Shining Force 1 and Shining Force 2, and even the game that kicked off the series, Shining in the Darkness. The former two are turn-based tactical RPGs along the lines of games like Fire Emblem or Final Fantasy Tactics. The latter is a first-person dungeon crawler similar to titles such as Etrian Odyssey or Wizardry. All three games are excellent, and they adapt very well to mobile.

As with other SEGA Forever releases, you can download and play Shining Force Classics without spending a cent. You’ll have to watch a video ad every time you load up a game or want to save your progress, but if you’ve got more time and patience than money, it’s certainly a way to go. You can also unlock premium versions of each game at the familiar $1.99 price per title. Alternatively, you can buy a premium unlock for all three games at a reduced price of $4.99. The usual SEGA Forever options are here, including MFi controller support, save states, limited rewind, and a few graphical filters. The quality of the emulation, while not perfect, is good enough that I doubt many people will find any serious issues. It’s a great way to enjoy these classics, particularly since I believe this is the first time Shining Force 2 and Shining in the Darkness have been made officially available on a handheld platform. 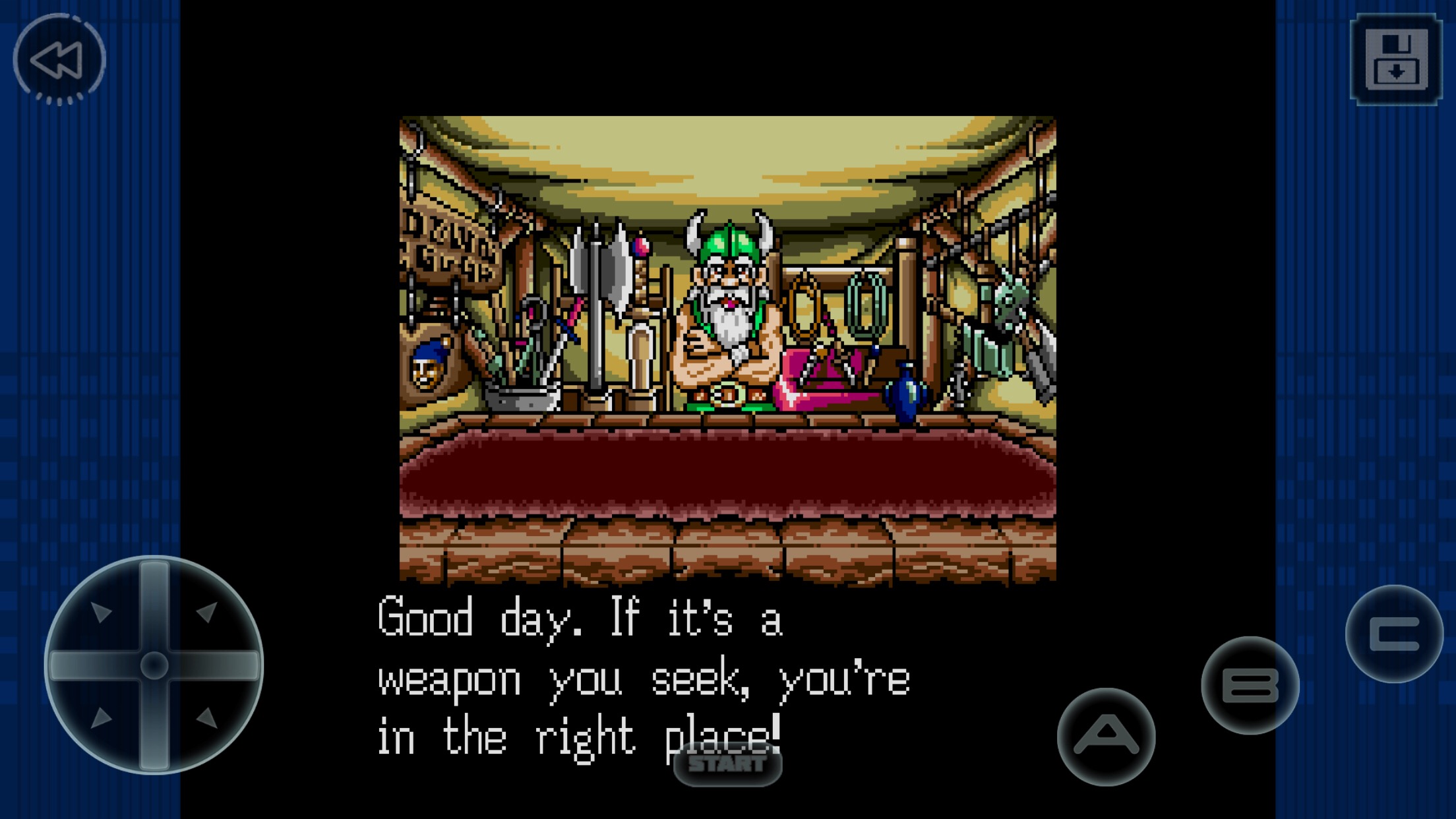 You can find plenty of reviews of the individual games around, and I’ve even done deep dives on the original Shining Force in the RPG Reload and Shining in the Darkness on my own retro-focused blog. With that in mind, I’ll just write a short bit about each game for those who are satisfied with summaries.

Shining in the Darkness

The first game in the Shining series is a colorful first-person dungeon dive that sees you in search of a missing princess. While the game isn’t much more than a series of mazes and a menu town, the presentation is quite excellent for a game of its era. Character designs are expressive and distinct, and while the game doesn’t push its story too hard, there’s more than enough to give you an incentive to keep on exploring. The game starts off quite simple, with just a single character with limited skills. Once you’ve got your bearings, you’ll be introduced to other party members whose skills will greatly expand your combat options. 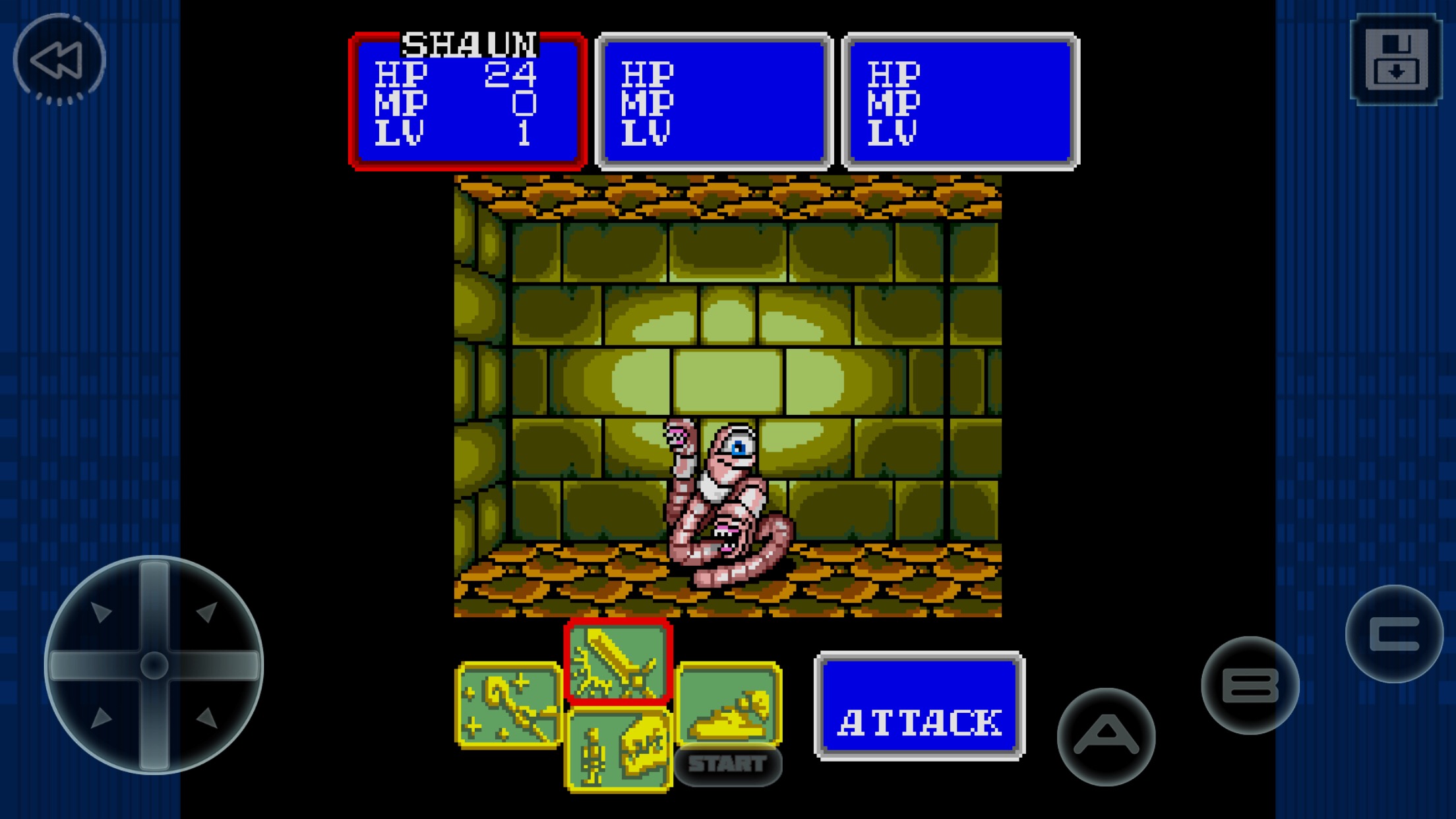 First-person dungeon crawls often have a reputation of being extremely difficult, but Shining in the Darkness is quite friendly relative to its peers. Death kicks you out of the dungeon and back to the town, but you’ll keep all of your experience and only be out half of your gold. Of course, earning enough gold to stay well-equipped is tough, so you will want to avoid dying if you can. You’ll also probably want to make some maps as you go, since the layouts can get confusing in a hurry. All in all, Shining in the Darkness is a terrific RPG and a great start for what would be a legendary series.

Of all the various types of Shining games, Shining Force is probably the most successful and well-regarded. For many Western gamers, this was the first chance to get into a Japanese-style strategy RPG, and it’s quite a good one. Battles will be familiar to anyone who has played one of those kinds of games before, as you move around various units in turn-based fights with an opposing enemy force. In between battles, you’ll wander around in scenes similar to more traditional JRPGs, talking to NPCs, buying new gear and items, and trying to recruit new units for your cause. There are even some secret characters to find if you know where to look. 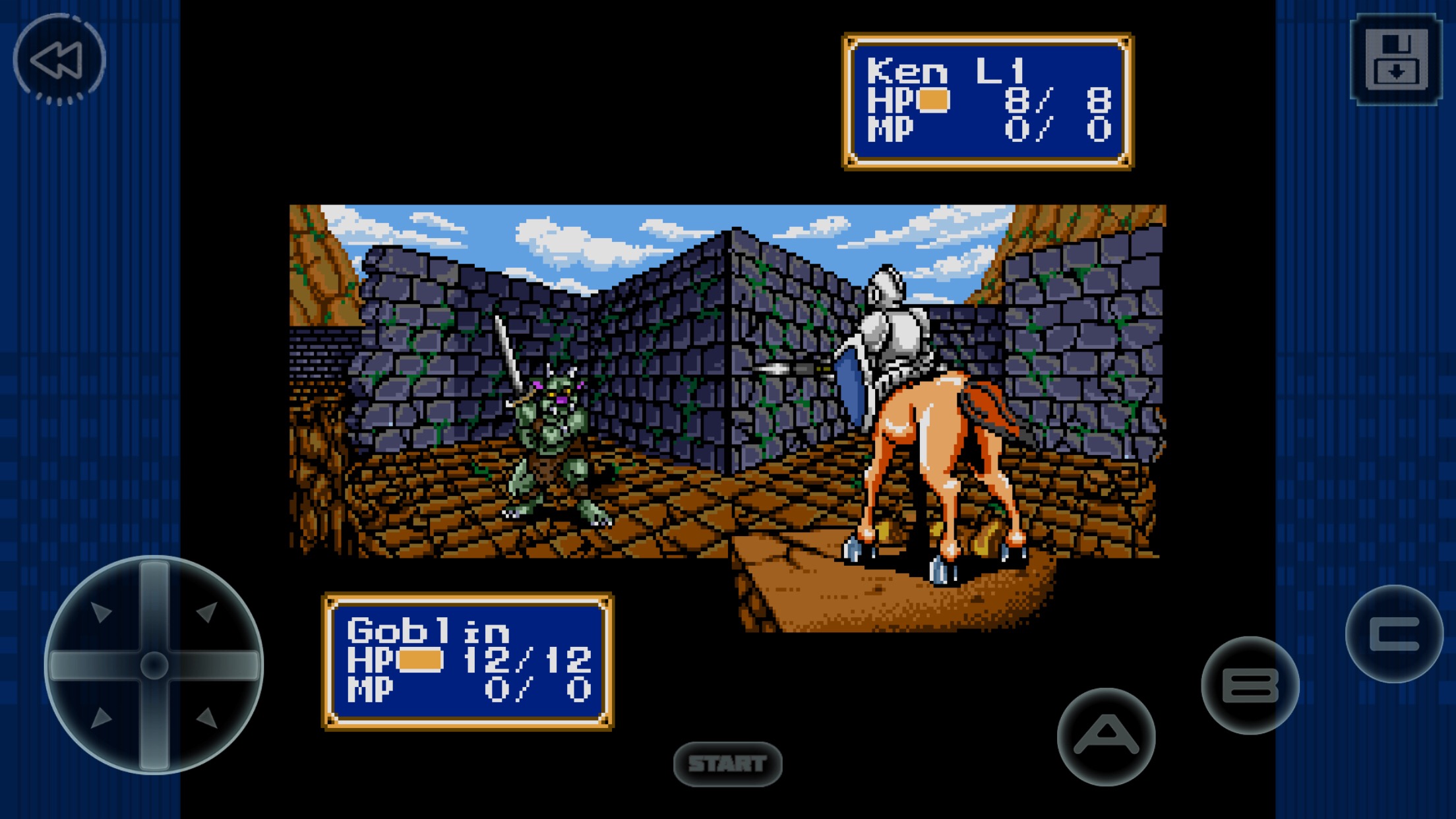 Like Shining in the Darkness, Shining Force is greatly supported by its colorful presentation and interesting character designs. When two characters clash, the game cuts away to an exciting view angled behind your character to show the actions play out. The story plays a much heavier role here than it does in Shining in the Darkness, and although it’s hardly the stuff of fine literature, it makes good use of its characters and proves engaging enough for a game of its vintage. It’s also quite approachable, since you don’t have to worry about permadeath or full-stop Game Over outcomes as in other games of this genre.

With the concept having been proven successful, Shining Force 2 brings back the familiar gameplay in a much bigger and grander adventure. Starting fresh with a new protagonist, you’ll have to put together a whole new group of fighters to take on a brand-new threat. Apart from its larger size, the only big difference in this follow-up is that you can replay earlier missions at your leisure. Still, though it is more of the same, it’s more refined and ambitious all around. Regrettably, the story connections between the first game and this one are left to the Game Gear Shining Force games, but it’s plenty enjoyable as a stand-alone adventure. 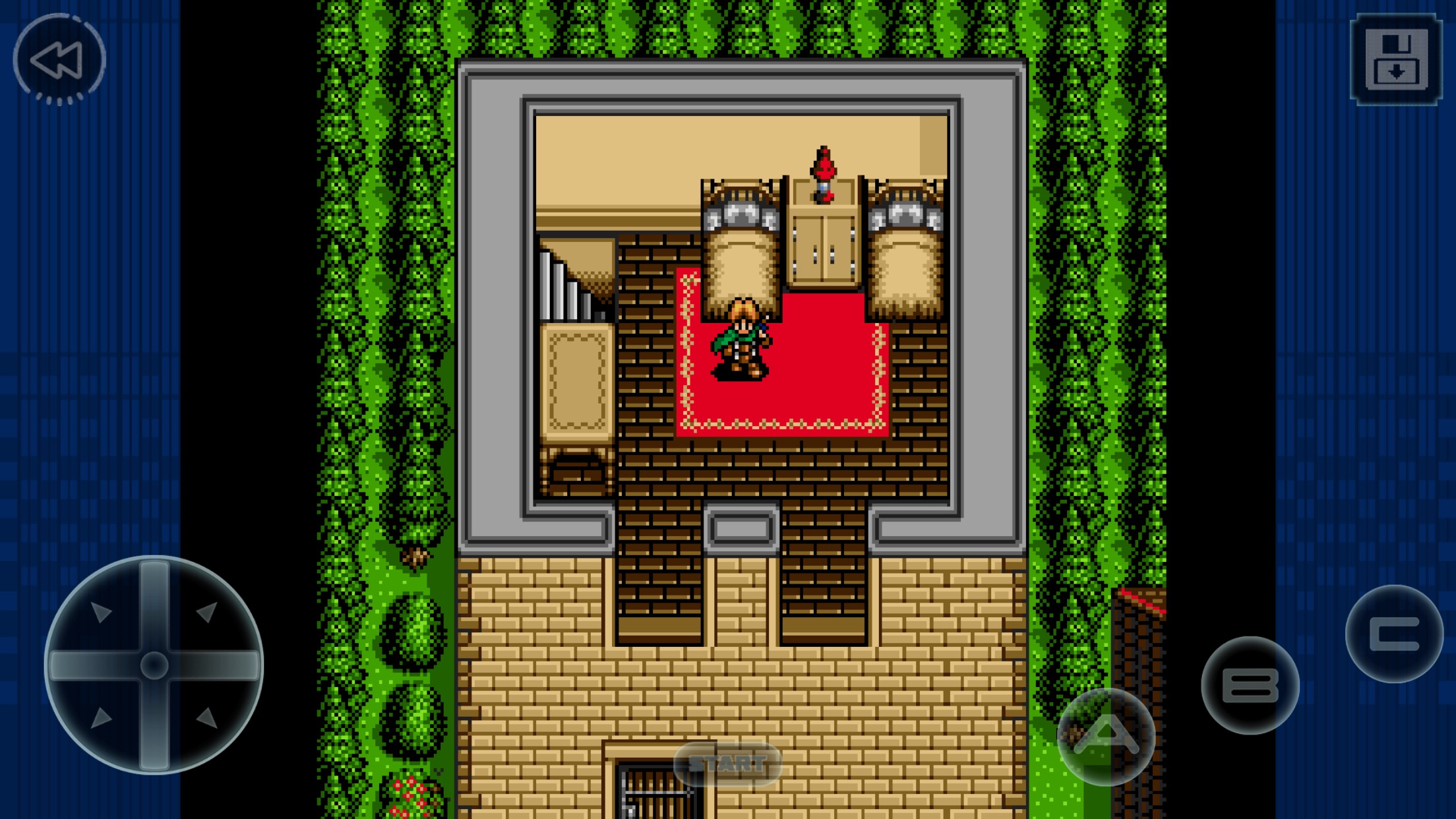 All three of these games are stone-cold classics that often appear on people’s shortlists of top Genesis games. I wasn’t even confident we’d be seeing one of them in SEGA Forever, let alone all three on the same day. Best of all, they’re games that don’t suffer one bit from a move to virtual controls. The bundle price also happens to make these the cheapest premium unlocks yet in the SEGA Forever line, making this a tremendously easy recommendation to any RPG fan. I hope we see an update to the Phantasy Star 2 (Free) SEGA Forever release that adds the other two Genesis Phantasy Star games in a fashion similar to this, but for now, this will certainly do. Whether you’re playing the Shining games for the first time or revisiting some old favorites, this is a great way to do that.