It can be difficult to review a puzzle game, on mobile, and in 2018, because we are definitely not short of a puzzle game or a thousand on the App Store. You would perhaps be forgiven for thinking that you don’t need to add another to your collection, but I think you might need to make an exception for Pivotol ($1.99), the latest game to come out of developer Radian Games.

At the surface, Pivotol is just another puzzler that involves matching colors, and that comes across in the screenshots, too. And it’s true, matching colored tiles is absolutely the aim of the game here. Matching any six colored tiles immediately vanquishes them from the screen, just as you’d expect. So that’s it, right? Review over, time to move on. 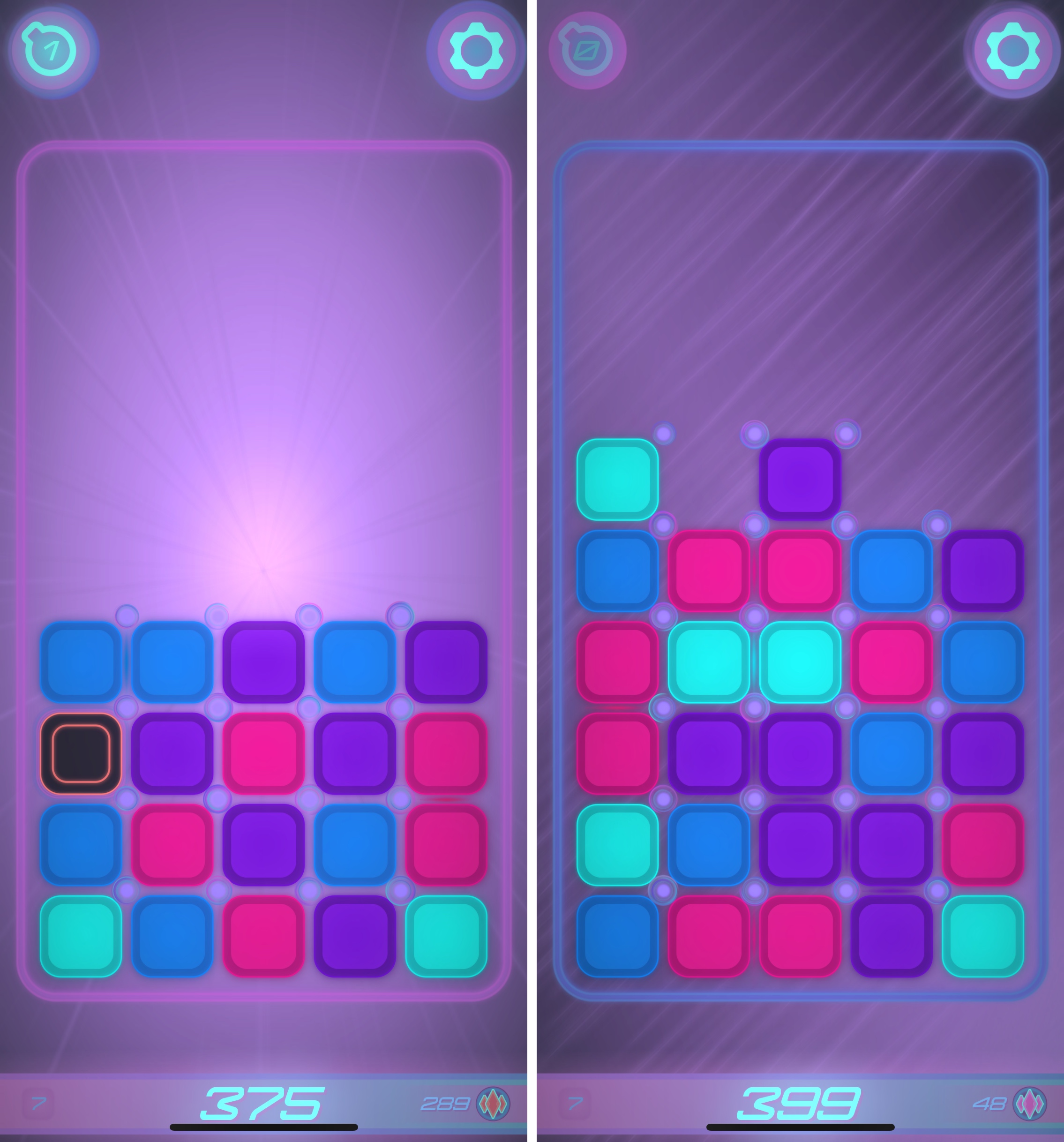 Well, not entirely. See, Pivotol has something the French like to call “je ne sais quoi." There’s no direct translation into English, but the gist is that it means there’s something about the game that elevates it. One rough explanation for the French phrase is “something (such as an appealing quality) that cannot be adequately described or expressed," and that’s probably just about right. Although I think I can put my finger on at least one of the aspects that makes me keep coming back to Pivotol – it doesn’t stress me out.

As I touched on earlier, Pivotol‘s main – and indeed, only – target for players is to match colored tiles, with those tiles removed from the screen once six of them are touching in some way. Players can rotate blocks of four tiles in order to achieve this, with some wildcard tiles thrown in for good measure. Those wildcards can act as bombs, for example, adding a little depth to the game that might otherwise be lacking. But ultimately, it’s all about matching colored tiles. Which isn’t a new idea, obviously, but what’s different here is that there is no timer, no move counter, no endless and constant rush of more and more tiles throwing themselves from the top of the screen in an attempt to make your life a living hell. It’s all so….relaxing. You spin some tiles, some disappear – if you’re doing your job properly, at least – and then some more fall down from the top of the screen. Rinse, repeat. And it’s all so civilized.

Maybe it’s a sign I’m getting old or it’s just a swing in what I want from a game, but I’m past games that punish me for not being an expert in the art of gaming. I don’t want to find my gaming sessions curtailed because the game is fighting me, and Pivotol does a great job of entertaining and rewarding without making me feel like I’m a failure because I didn’t have the reflexes of a jungle cat as that unwanted tile falls from the sky, hell-bent on finishing me off. This is all to say that Pivotol is fun without being overbearing. That isn’t to say it’s not challenging, because it absolutely is, but it’s challenging at your own pace and that can make a world of difference to ensuring a puzzle game treads the fine line between being challenging and unforgiving.

Part of the charm of Pivotol is in the fact that it’s totally endless, with no levels to speak of. It’s a game to be played because it’s fun to make tiles disappear, rather than because you feel the need to progress. It’s surely not going to be for everyone, but for me, Pivotol tickles all the right spots and I’m thoroughly enjoying my time with it.

If you’re a fan of puzzle games but don’t like to be stressed out by them, Pivotol is a game you really should be picking up. It’s free, so why not?