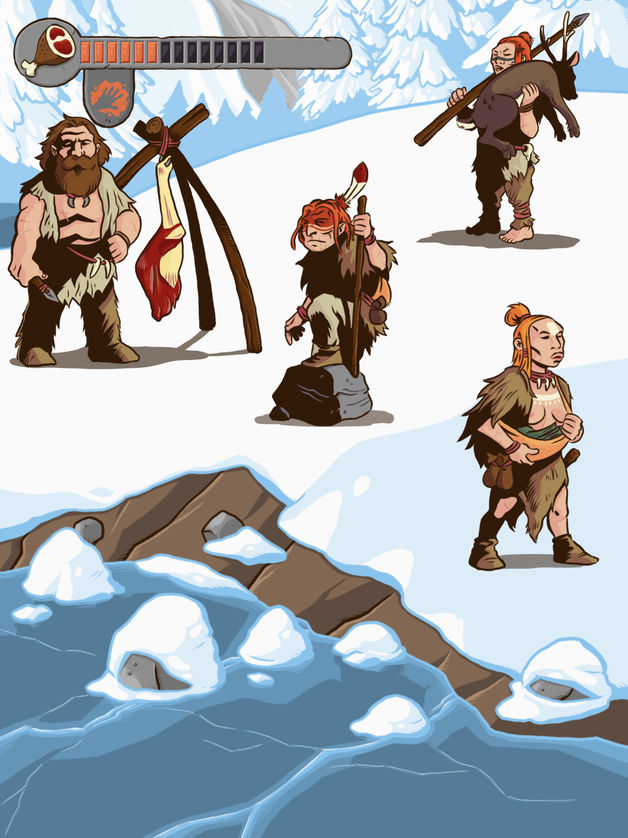 Welcome to the Stone Age! Ancestors: Stories of Atapuerca is a simulation game where you lead a prehistorical clan through a million years of legends and adventures

Gather resources, craft new tools and hunt scary animals to become a prosperous clan on the landscape based on the UNESCO world heritage site of Atapuerca.

Discover how life was for the human groups that populated our planet before our species even existed! 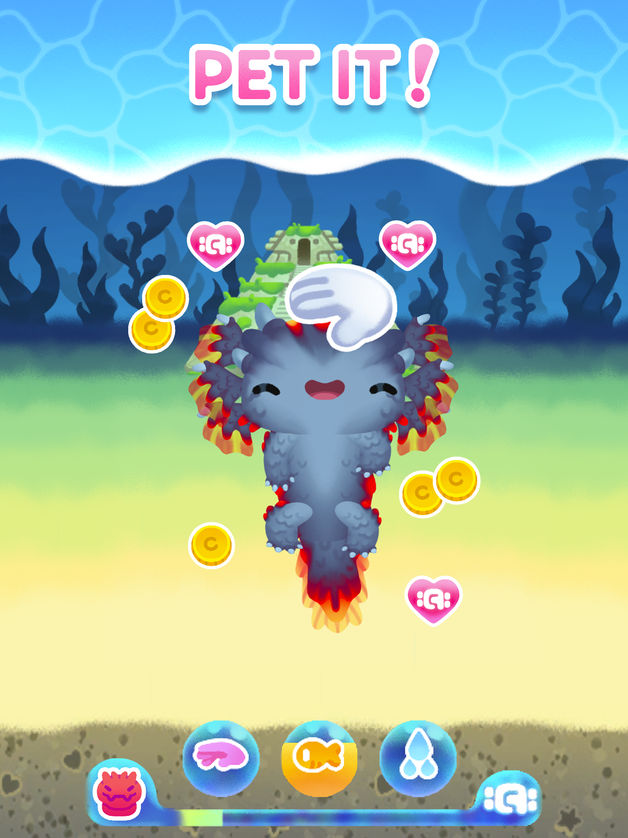 Axolochis are axolotls, SUPER cute aquatic creatures from the mystical country of Mexico that you can help grow into hundreds of amazing shapes and colors!

The babies are absolutely ADORABLE but they grow old so FAST!!! Think it’s hard having a teenage human… just wait until you have teenage Axolochi?!? Am I right???

Bathe it, feed it, teach it to pirate random underwater treasure (wait… WHAT?!?) and give it all the love and attention it needs to grow to an adult before you send it off into the world to fulfill its mystical destiny.

The physics projectile puzzle game that started it all returns with more smashing trebuchet action.

Embrace the cathartic power of structural carnage and a really, really big trebuchet with Crush the Castle: Siege Master. The goal in each stage will vary, but at its core the objective is all about crushing a variety of elaborate structures to smithereens.

The king has sold off all of the royal army to fuel his loot box addiction and you must use the only tool left – your trusty trebuchet – to fend off the invaders trying to take over the kingdom. From rolling green fields to deep deserts and beyond, smash into the enemy strongholds and take out its treasonous inhabitants. 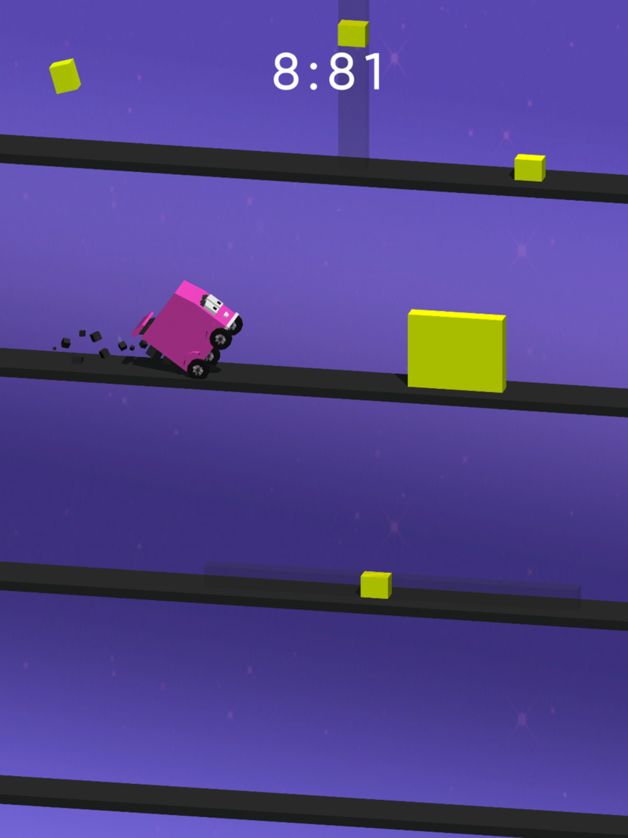 Guide Fluppy and his friends through their beautiful but dangerous blocky world. Race as fast as you can but beware of various obstacles in your way. Accelerating while touching a block will inevitably end in an explosion. 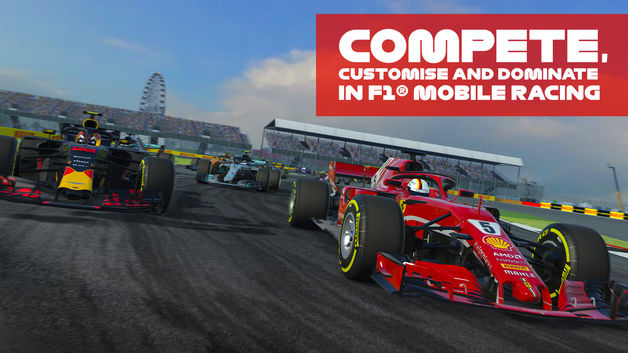 Develop and customise your own F1 car from the ground up, or race for one of the 10 official F1 teams, to challenge opponents from around the world to thrilling multiplayer duels. Featuring official circuits from the 2018 season, including the return of Hockenheim in Germany, F1 Mobile Racing lets you race against the greatest drivers on the planet including Lewis Hamilton, Sebastian Vettel, Max Verstappen and Fernando Alonso.

It’s you against your rival with the simple aim to be the first to the line! 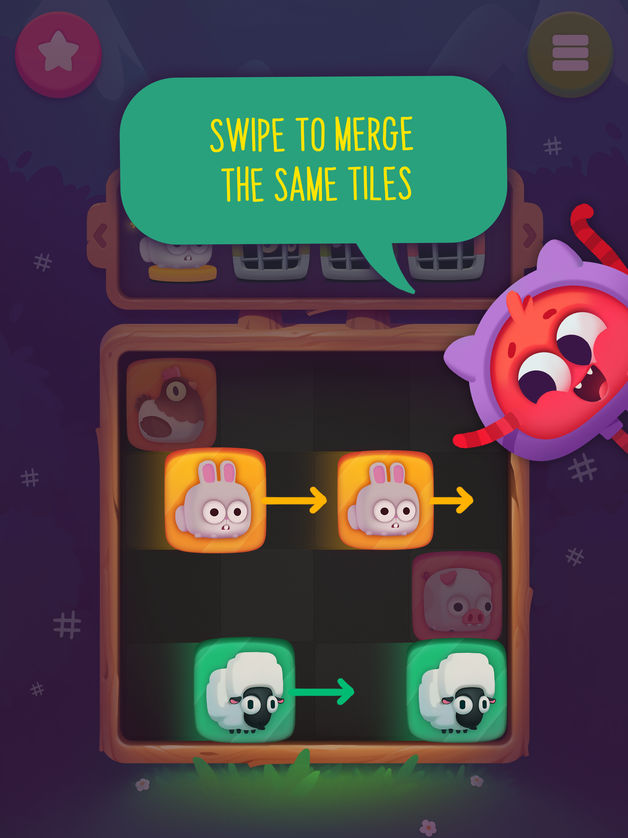 – Swipe to merge the same tiles.
– When you merge new tiles, you free а new animal.
– There are only 17 animals, but it’s not so easy to reach the goal.

Their freedom is in your hands.

Glory of the Survivor

In 2030 A.D. Aliens came to Earth but not friendly. The homeland of mankind got destroyed.
The only survivors were defending tough but still trying to seek any opportunity to turn the tide.

Until a high-tech device called ‘Portal’ was found in an abandoned research building by a little girl named Abby. ‘Portal’ is a kind of device that makes human flash back. Abby was extremely brave beyond her age, she was volunteered to be the first person for testing ‘Portal’, and she succeeded.

After that, Abby leaded survivors to fight back alien enemies. She brings the hope to victory, and would be named Glory of the Survivors. 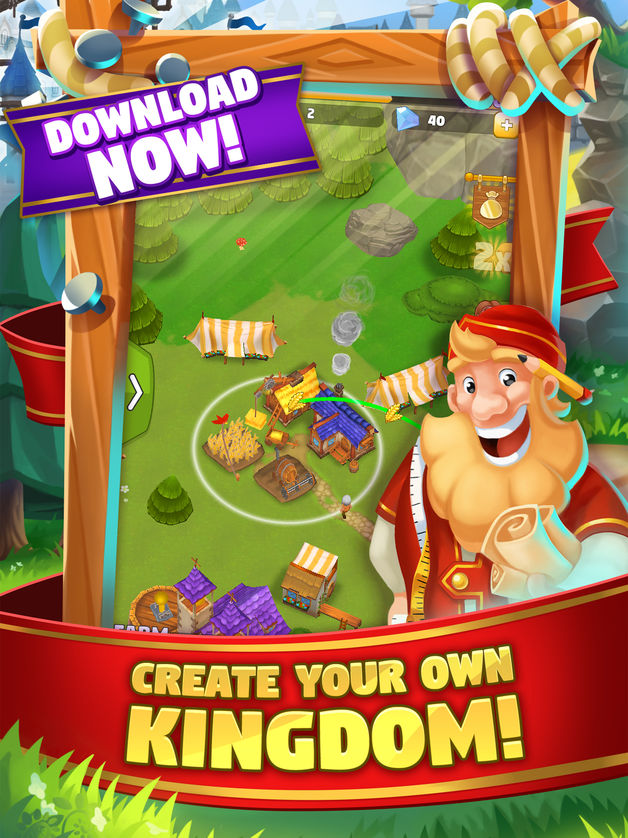 “Welcome, your Majesty!" In this incremental game Idle Kingdom Builder you’ll become the sovereign of your very own kingdom. You’re building your kingdom step by step according to your own ideas. You start modest and expand your opportunities for action, because at the beginning of this city builder, there is not yet much to see of the future splendor of your kingdom. Greeted as royal highness by a medieval building-master in a green jerkin, with building plans under his arm and pencil behind the ear, you immediately start to work eagerly to transform fields, meadows and forests into royal cities in this idle-game.

Max: The Curse of Brotherhood

Max: The Curse of Brotherhood is a cinematic adventure game filled with action-packed platforming and creative puzzle-solving.

Armed with only a Magic Marker, Max must confront evil at every turn in a hostile and fantastical world in order to save his kid brother, Felix. Fortunately, the Magic Marker has the power to bend the elements and create magic objects that can help Max on his quest.

Max: The Curse of Brotherhood is the sequel to award-winning Max and the Magic Marker.

Forum Thread: Max – The Curse of Brotherhood (by Flashbulb ApS) 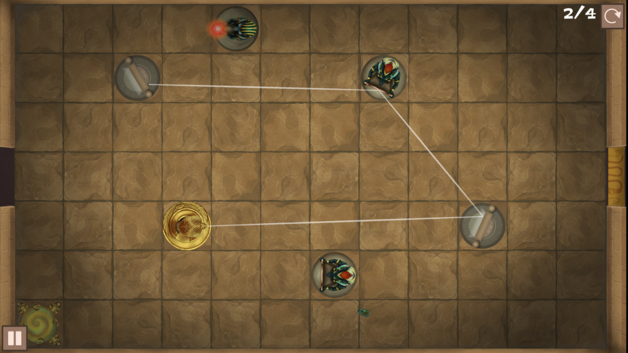 Mirrors is a light reflecting puzzle game inspired by The Mummy and the Ancient Egyptian method of reflecting light with mirrors.

You play as an adventurer searching for treasure in a vast number of tombs. To navigate through the tombs, reflect beams of light around using the mirrors that are at your disposal. Hit the receptacle with the light and the door to the next tomb will become unlocked. The deeper into the ruins you venture, the more dangerous it becomes. Overcome obstacles, avoid traps and defeat enemies while attempting to complete each tomb and retrieve the Canopic Jars. 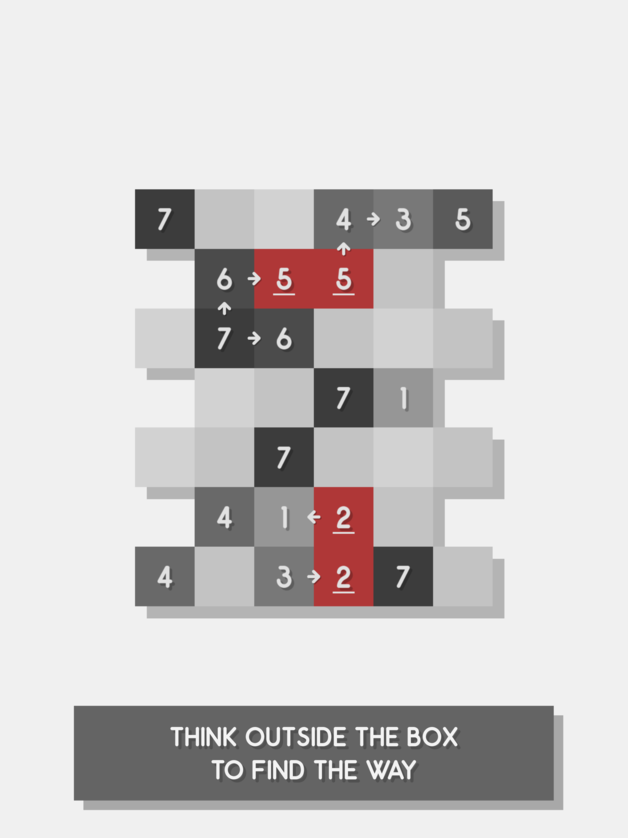 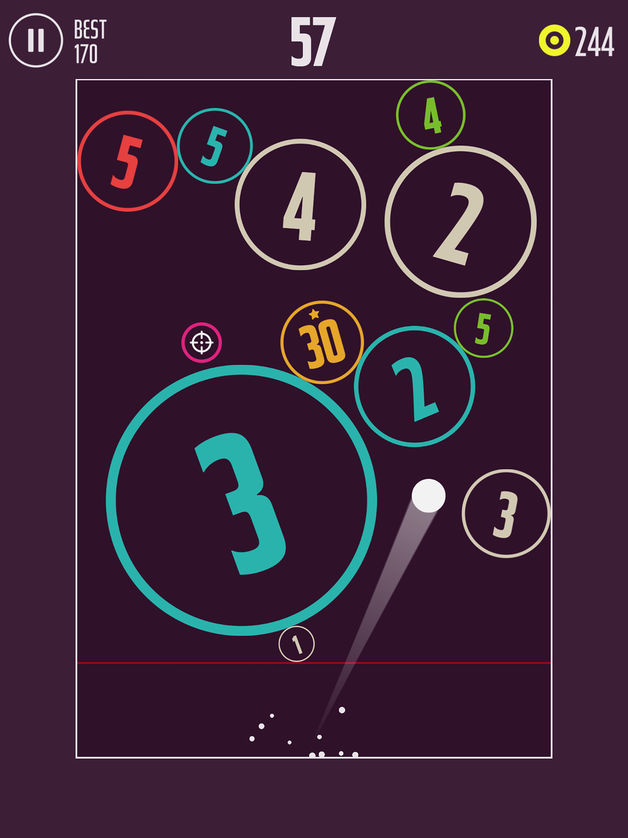 Challenging and addictive brick breaker with a touch of pool with very simple rules that will put your brain to work!

Aim with the help of the predictive aim line, angles are key!
Shoot the ball, hit the bubbles and try to set up chain reactions.
Pop multiple bubbles for combos and earn strategic power ups.
A new bubble grows each turn where the ball has stopped.
Avoid the ball stopping under the red line! 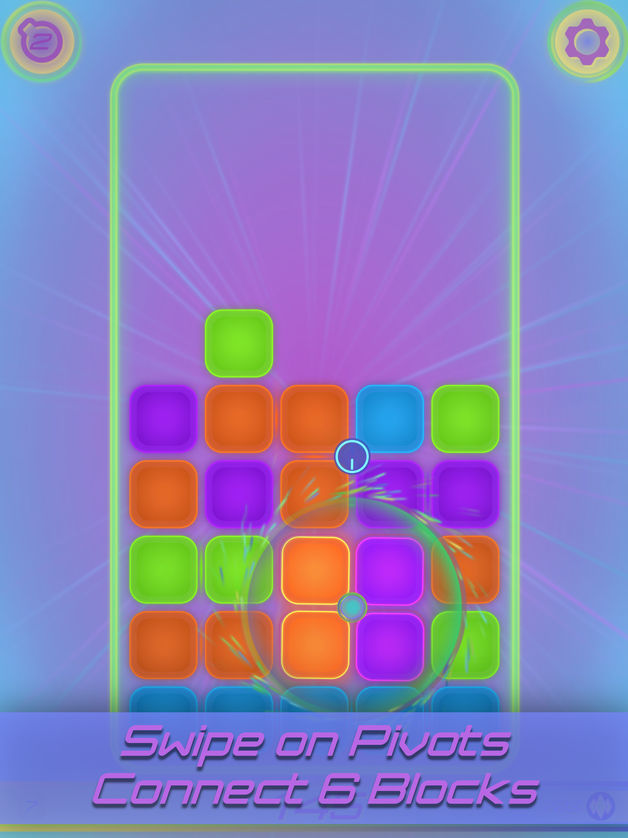 Welcome to Pivotol, the stylish infinite block puzzle game with a twist! Pivotol has an elegant design and simple rules, but that simplicity leads to immensely satisfying and infinitely enjoyable gameplay.

There are two things you need to know to start playing:
1) Press and swipe on any pivot to rotate the surrounding blocks.
2) Connect 6 or more blocks of the same color to destroy them.

With just those two concepts, and a couple other twists and turns along the way, Pivotol is a unique and intuitive puzzle game that you can play for 5 minutes or 5 hours.

Reigns: Game of Thrones is the heir to the award-winning HBO® TV series Game of Thrones® and the smash-hit swipe ‘em up series Reigns from Nerial and Devolver Digital. Through the fiery visions of Melisandre, claim the Iron Throne as Cersei Lannister, Jon Snow, Daenerys Targaryen, and more to carefully navigate the complex relationships and hostile factions of the Seven Kingdoms. Employ ruthless tactics to outwit political rivals and wield impervious charm on your fickle bannerman. Maintain the balance and favor of the people to extend your reign and maybe, one day, survive the horrors of the coming winter. 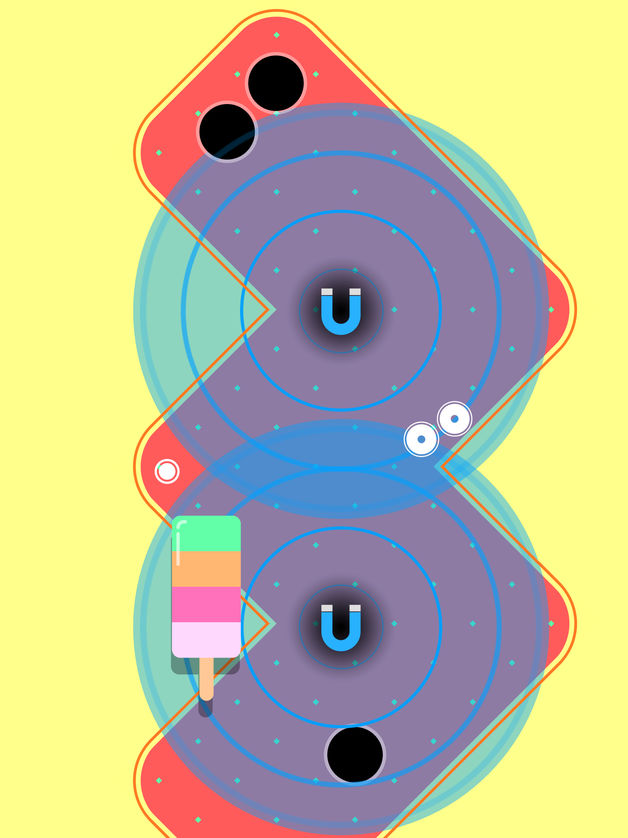 Smash Puck is the game you get when you combine Pool, Pinball, Curling and add magnets, portals, moving platforms, force fields and more!

Get ready to gather your friends, loot treasures and crush any others in your way. Come to bring out your inside hero, fight with other 99 real players and let’s see if you will be the last one standing!

MOBA + Battle Royale
Get ready to play the most epic MOBA in the history! It’s easy to get started and fun to master with traditional MOBA game control! In Survival Heroes, every player starts the same in the valley of heroes. Go pick up your first weapon and have a fair fight with others, explore the vast land of dangerous creatures and loots! Also, be wary of the bush and mist, because you will never know what’s in there. 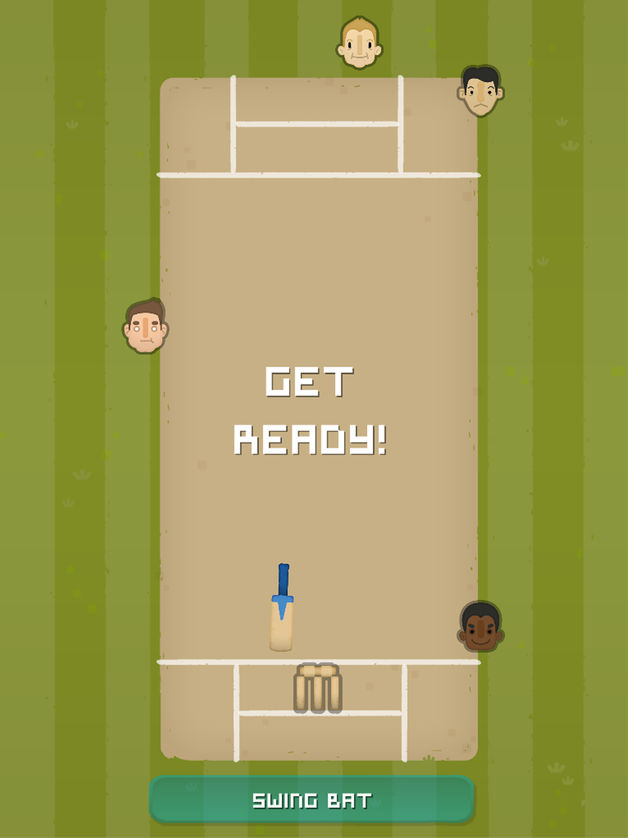 Using a simple button press to bat and bowl your way through 50 other villages; your team will have to overcome the challenges of players eating too much before a match, staying up too late the night before, and getting distracted by their mobile phones.

Forget the glory of an Ashes Series or a World Cup win – this is grass roots cricket at its most simple!

Grab the control wheel of a warplane and jump into the battlefields of World War 2 in this thrilling combat flight action game. In each of the campaigns for Great Britain, USSR and Germany you will assume the role of pilot and squadron leader of an elite air force unit, established for the most dangerous and strategic missions that can turn the tide of war.

In Warplanes: WW2 Dogfight you take control of over 30 historical airplanes – from classic fighters to light and heavy bombers. Spitfire, Hurricane, Lancaster, Il-2 “Shturmovik”, La-5FN, Ju-87 “Stuka”, and Fw 200 “Condor” are only several of the beautiful machines that you can fly, repaint, customize and upgrade. Gather a squadron of the best pilots and train them to assist you in the most risky missions. If you need an additional adrenaline rush, you can go on a mission by yourself and rule the sky.