Apple’s “one more thing" at today’s keynote was a budget-friendly iPhone X R which basically seems to take the iPhone X but … makes it cheaper. For example, instead of an OLED display it has an LCD, the “Liquid Retina Display," specifically. It’s a 6.1" screen at 1792×828 and 326ppi, which similar to the iPhone X has a larger overall screen than the iPhone 8 Plus. Its aluminum case comes in white, black, blue, coral, yellow, and Product Red. The iPhone X R is also waterproof like the iPhone X, IP67 certified, specifically. 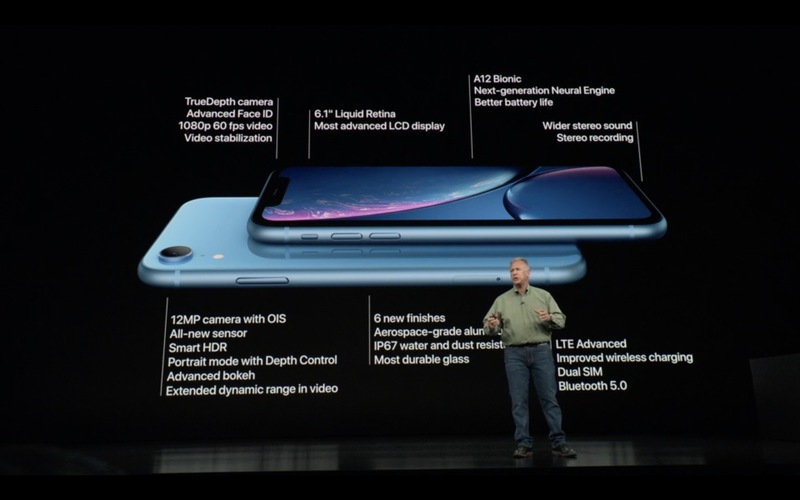 Curiously enough, the iPhone X R also has the A12 bionic chip, but lacks 3D touch, instead opting for “haptic touch" which is supposed to work a lot like the MacBook Pro trackpad. The camera is a bit less exciting than the iPhone X S, as it only has the wide angle lens which restricts some of the fancy camera magic the X S can do which are now done using software instead of the two physical cameras. Since it has the A12 processor, the X R also gains faster Face ID capabilities and with the same front sensor bar, you’ve got all the same selfie power of the iPhone X S.