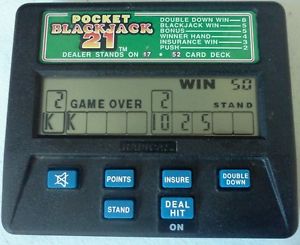 Apple has been on an absolute bender lately when it comes to bad, dumb, and/or just generally confusing decisions. Whether we’re talking continuing to release “Pro" laptops with none of the features actual professionals are asking for, killing the App Store affiliate program, or other recent drama, Apple fans have been shaking their heads and saying, “Wait, what?" an awful lot this year. That train doesn’t seem to be stopping anytime soon, with the latest notice iOS developers found in their inboxes this morning. Basically, if you’re an indie developer and have anything that “simulates gambling," your game is being removed from the App Store in an effect to “reduce fraudulent activity."

This is hitting some of the oldest games on the App Store, as if you roll the clocks back to the launch of the App Store ten years ago (and the jailbreak equivalents before then) an awful lot of the games were super simple card and dice games which more or less emulated those pocket blackjack or pocket poker handheld games that it seemed like every grandma in the 90’s owned.

Wow Apple pulled my almost exactly 11 year old Blackjack 21 game from the AppStore due to it simulating gambling AND me being an individual developer.

Not sure if I want to incorporate at this point to put it back in there as I never had time to update it fully for iOS 11+. pic.twitter.com/POXloALY09

These sort of simple ultra lightweight casino games have been incredibly popular amongst ultra casual smartphone users, as they occupy the same mental space as a good Solitaire game. (I’m still playing Solitaite City ($4.99) a decade later.) People also really love slot machine games, which undoubtedly will also be hit by this new decree. Per Apple, “Going forward only verified accounts from incorporated business entities may submit gambling apps for distribution on the App Store." Incorporating isn’t exactly a difficult stepping stone, but it seems like a really odd requirement to release a game type that is both common and innocuous- Particularly with Apple originally positioning the App Store as this totally even and accessible, level playing field where indie developers working in their spare time out of their bedrooms and giant corporate publishers are both treated the same.

Are there scammy gambling games on the App Store? Definitely, every day we trawl through the App Store release lists they’re jam packed with reskinned slot machine games and other similar junk, but keeping that garbage off the App Store lies in Apple’s approval process- Not some new arbitrary requirement that indie developers spend a half hour on Legal Zoom and a few hundred bucks in filing fees. (The approval process is a large part of why Apple takes 30 cents out of every dollar made on the App Store, after all.) All the actual scammers will have no problem filing their incorporation papers, meanwhile, indie developers who have had these ancient games on the App Store for years were just given one more reason to not bother with another hurdle being thrown at them to remain on the platform.