Each introduction of Hidden My Game By Mom starts off eerily identical: you play as “Son" (all characters remain nameless), happily thumbing away at your 3DS. “Mom" slowly opens the door behind “Son" glaring with the utmost of disappointment. One would assume it’s because “Mom" condemning his lazy actions of sitting around playing his “Nintendo" all day (from personal experience) but, like much of this game you can’t exactly pin that reasoning down. The screen hard cuts to a blank blue screen and you see “Next Day" displayed, followed by a frantic “Son" searching high and low for his game, exclaiming “My game is lost!" “Mom" slowly fades into the scene, again, with a similar concerned look on her face. The truly evil but relatable antagonist that “Mom" is knows exactly where your game is. Thus, a series of events spanning 30 days begin to play out and the game’s core loop becomes apparent. 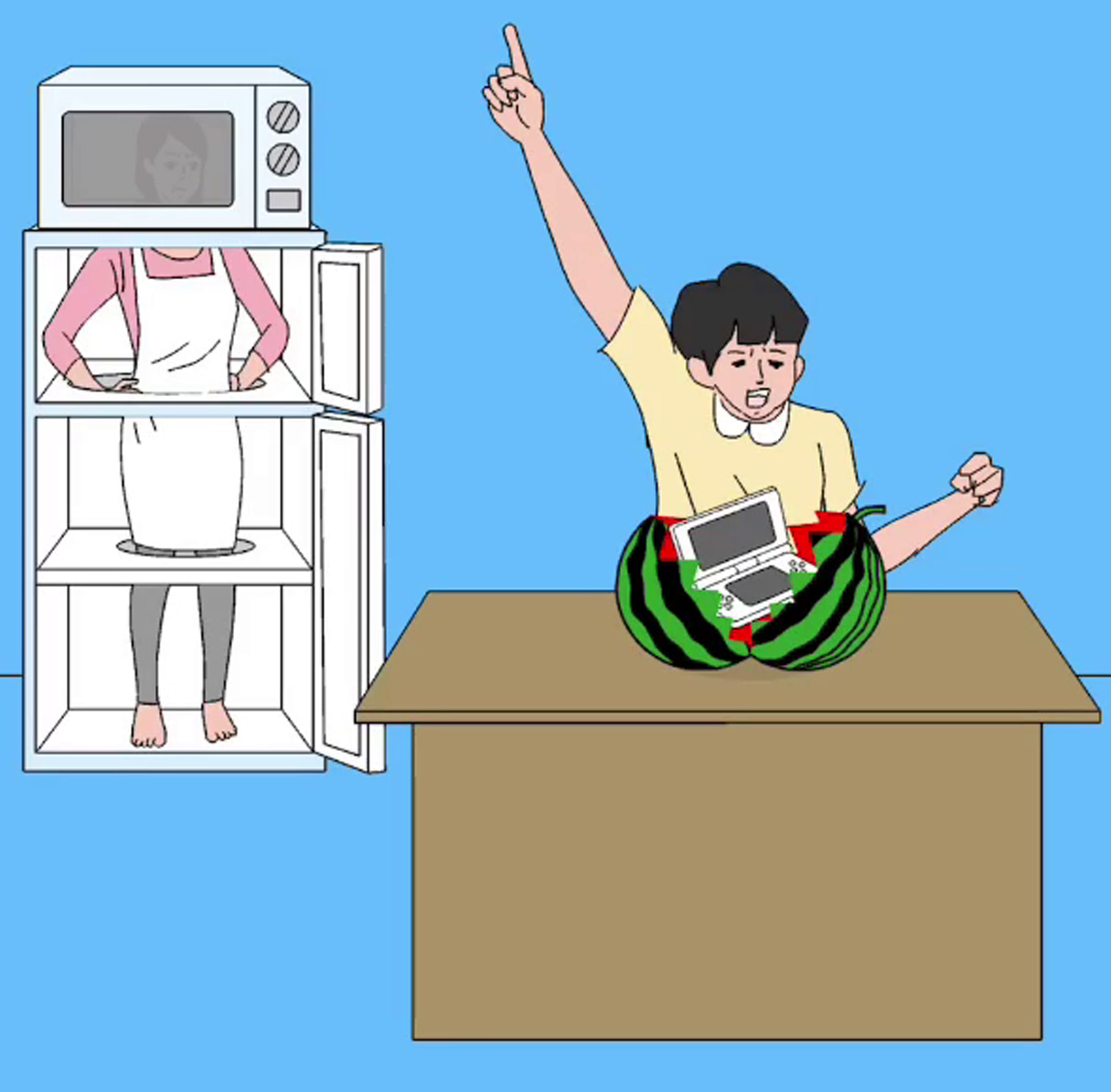 The first two days (two levels), the escape room puzzles are fairly straight forward and grounded. Maybe you’ll simply find the 3DS hidden underneath a pillow. Maybe you’ll find it in the closet — but to reach it you’ll have to find a ladder that is stored in a closet somewhere. Once you hit Day 3, you’ll begin to see hints of what’s to come. Logic begins to break down. Objects exist in places they shouldn’t and questions arise. Maybe your solution is hidden where you’d never expect. Why did “Mom" put my 3DS in this alligator’s mouth? Is “Mom" even punishing me or is this some form of cruel entertainment? “Mom" exists herself in most levels, trying her hardest to bait you to get caught, watching at a distance like a hunter stalking pray. These are minor spoilers but note it’s just the iceberg’s tip as to what you will soon come to expect. 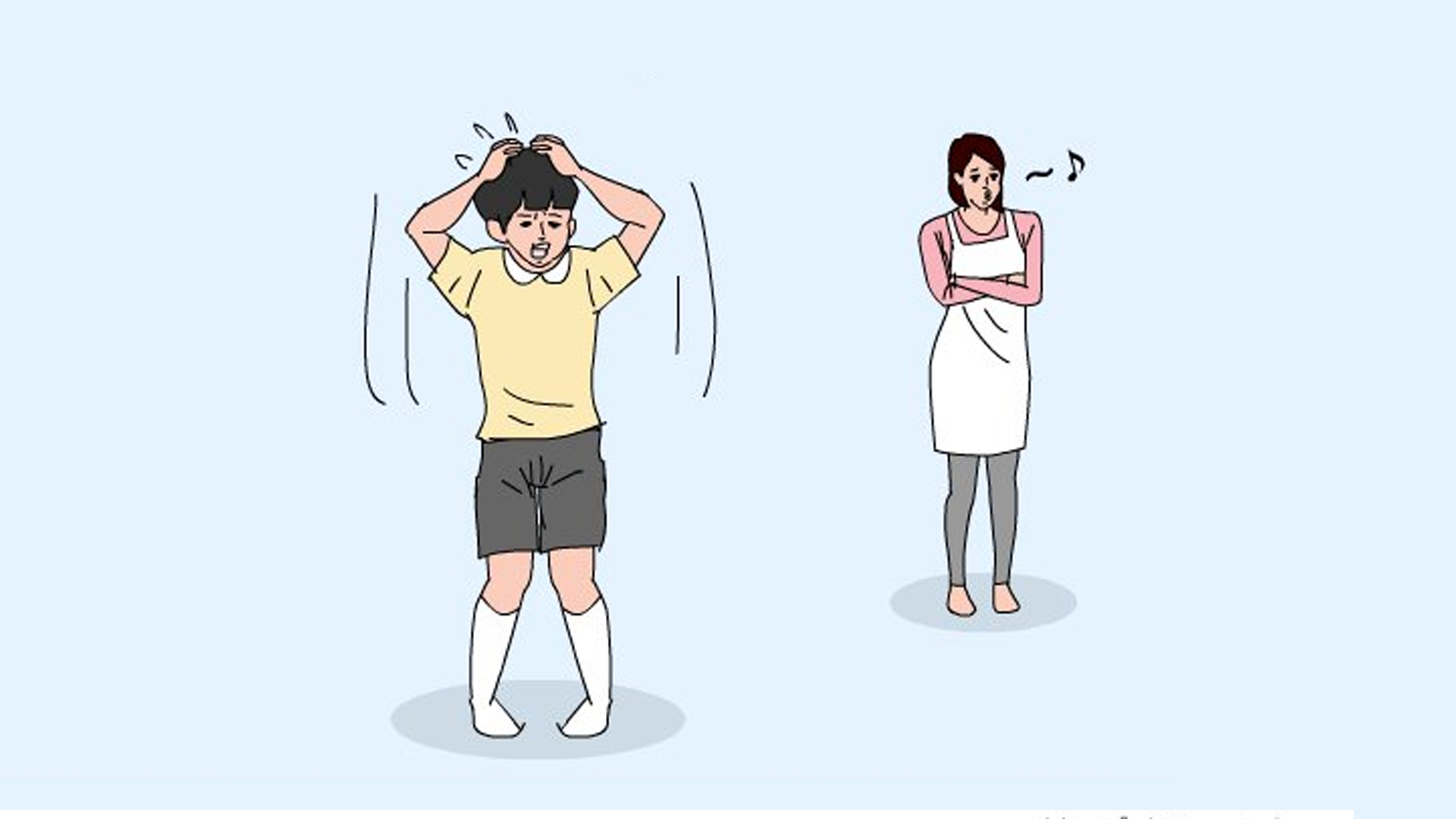 Not only do all three Hidden My Game By Mom titles progressively get more, it messes with common rationality successfully and with grace. You never truly feel safe moving toward an answer to progress a day. You’ll find situations where you’ve now set yourself up with a path to your goal, but now the object in your path is what triggers a game over. Other times objects are planted for the sole purpose of knocking off a domino effect of character actions that lead to hilarious, memorable moments. It’s next to impossible to actually dig into the meat and bones of this game without spoiling, which is the last thing I would ever want to do someone with even the smallest interest of wanting  to play.

You’ll meet more characters along the way, including “Sister" and “Grandpa", each with their own personality traits that carry throughout the series. Each character is distinct and represents it’s own mechanics to overcome obstacles that involve them — and some even have spawned their own spinoff titles. Hap Inc. games show the heart it pours into this strange, strange universe that pays far more attention to detail than it has any right to without feeling pretentious or forced. 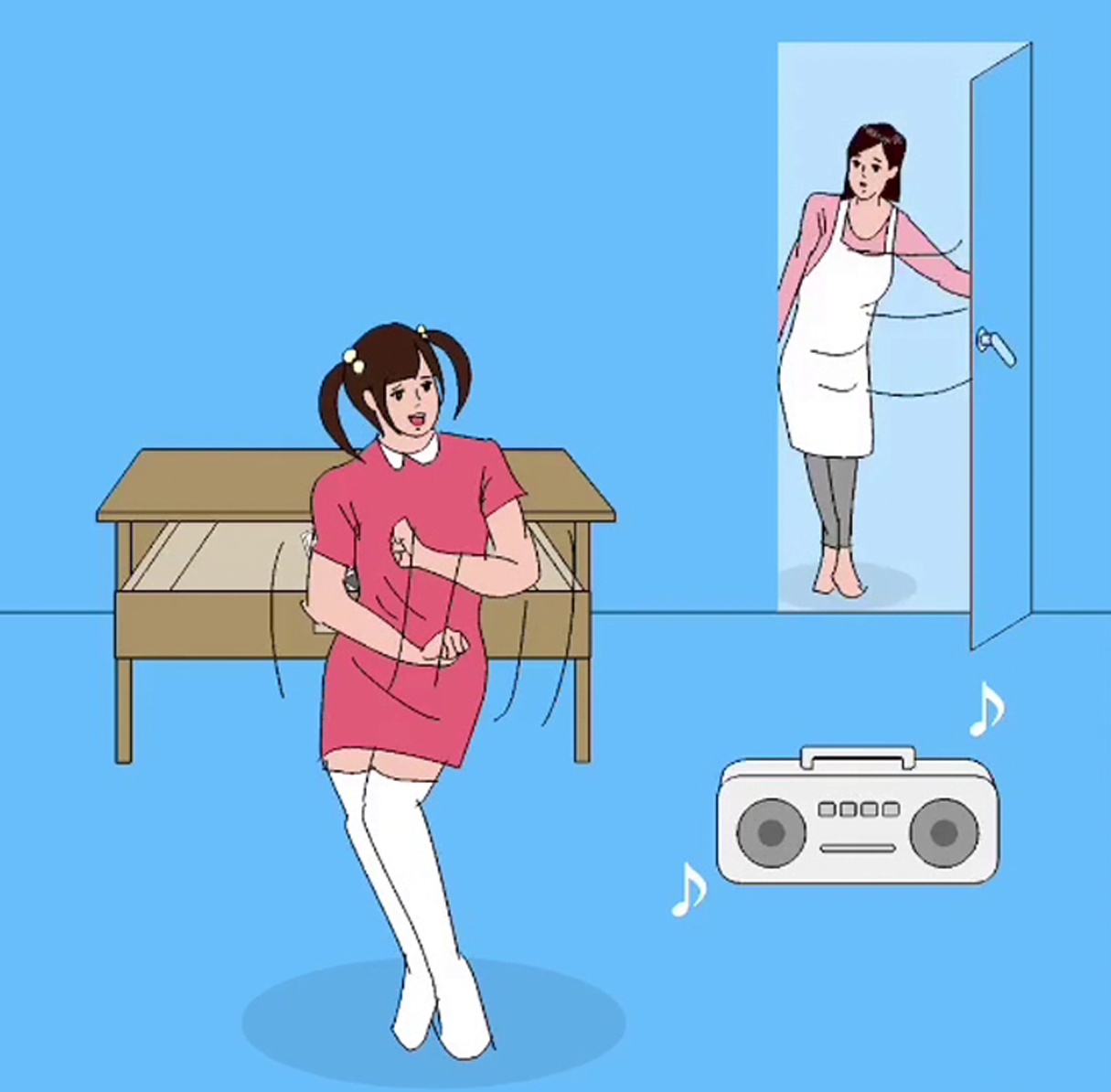 It’s fairly common in discussion to hear weird theories about Hidden My Game By Mom amongst other players. Each iteration of the game starts in the same exact sequence of events, and with the endings of each game (which are all phenomenal), seem to reset. It feels like Hidden My Game By Mom traverses between universes or on a loop similar to how some AI narratives were throughout season two of Westworld. It’s truly astonishing to find such assumed depth in such a casual game filled with hand drawn characters that look lifted directly from instructional documentation. Crude and weird yet smart and simple.

Hidden My Game By Mom is a series all should play, especially since it’s free and ads (in between failing) aren’t frequent or intrusive. Set aside two hours for yourself some weekend and work your way through the textbook definition of hidden gem.