Nishan Shaman (Free), is a free-to-play casual story-driven rhythm game developed by Next Studios and published by Tencent, telling the story of Northern Chinese folk legend Nishan Shaman. Nishan’s story begins with a Reindeer Spirit bringing her to “the people of the North", with the intent of Nishan being mentored by a disciple of Omosi Mama (The Goddess of Life). Over the course of her adolescence, Nishan begins to show her supernatural talents and begins to impress her mentor. Nishan, with the beat of her “Divine Drum", has the ability to summon gods, communicate with spirits and banish those spirits deemed evil. As Nishan begins to “come of age", she finds herself  officially being recognized as a natural Shaman — Nishan Shaman. 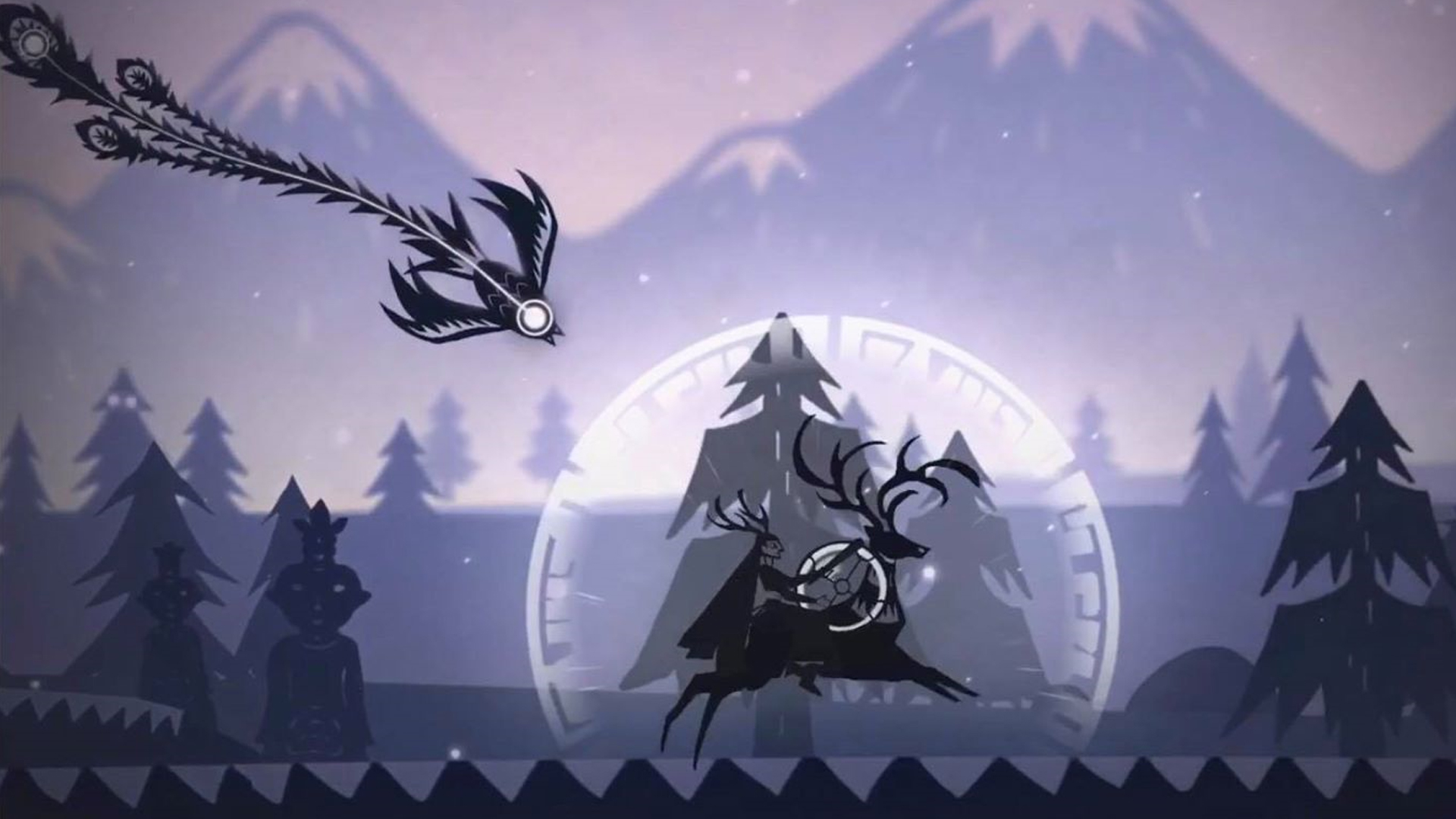 Only after Nishan proves herself does the disciple of Omosi Mama give her the antlered Shaman Hat, representing her worship of the Reindeer Spirt. The disciple advises Nishan that she’ll soon have to partake on her own quest. Shortly after the news of her future, Nishan is approached by the parents of a child who recently had their soul stolen and rendered unconscious. The child had unintentionally angered the gods by damaging the town’s totem, allowing evil spirits to roam freely, ultimately stealing the child’s spirit. The parents had nowhere else to seek help, opting to put their faith in Nishan.

Without hesitation, Nishan Shaman obliges, donning her newly acquired Shaman Hat and beginning the ritual to remove her spirit in an attempt to rescue the child. Thus, Nishan Shaman plays out over five rhythm-based stages, each depicting the events and locales of her emotional journey through the spirit realm. Nishan learns and experiences many things about herself along the way, contextualized through Nishan Shaman‘s various cutscenes and achievements.

Nishan Shaman‘s core gameplay revolves around a two input rhythm mechanic paired with short cutscenes, filling you in on the legend that is Nishan Shaman. To succeed in a proper hit of Nishan’s drum, you’ll want the “spirit note" to hit the outer aura bubble of your shield. You have a limited time window to tap/hold the side of the screen in which the spirit note comes. Speed and note count become a factor as Nishan Shaman gradually gets more difficult with each passing level.

Your potential score is split between three categories: Good, Great and Excellent. Your overall score is also dependent on what achievements you unlock upon song completion. There is no level gating with two endings (“good" and “bad") existing solely through achievement unlock progress. If you are not all that great at rhythm games, there is still plenty to be had through Nishan’s journey. While difficulty does slowly ramp up, it’s fairly tame and forgiving compared to the likes of many other alternative rhythm games on the market. You’ll find Nishan Shaman‘s difficulty comse from note pacing, not by confusion as to which inputs you should be using. Nishan Shaman‘s simplicity is welcomed considering the focus on story progression over chasing leaderboard top scores. 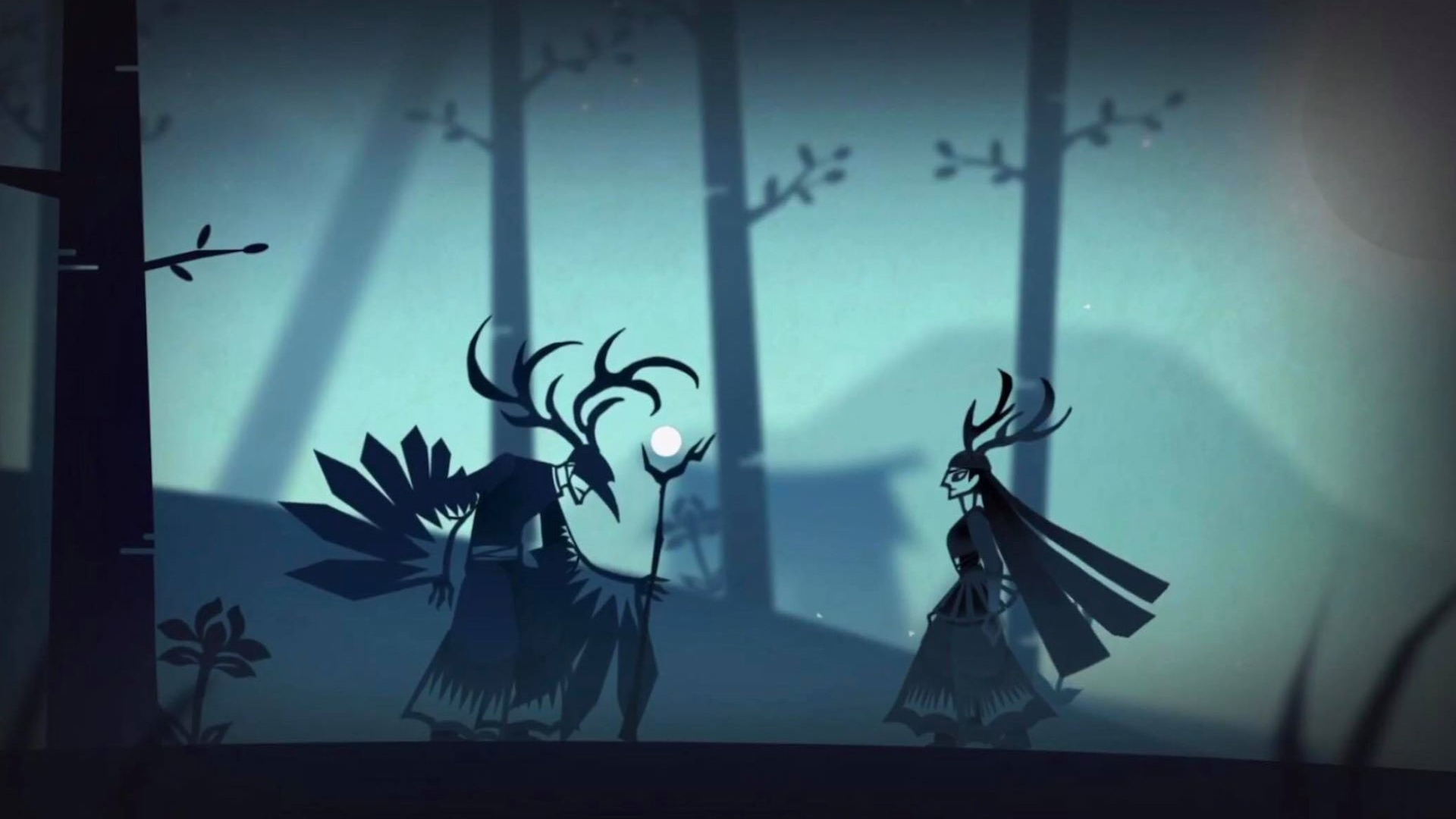 As you progress through the story of Nishan Shaman, achievement unlocks present new journal entries into the compendium, filling in more back story of the Nishan Shaman legend. For example, by completing level 2 without missing a spirit note, you’ll receive the entry “Chinese Motherwort": telling the story of a young girl saving an injured doe, while having that doe return later in life to help the girl survive a complicated birth. The doe uses Motherwort to prevent her from bleeding out — returning the favor of saving their life. Each achievement is a joy to read through, with little life lessons and explanations for various important meanings of Manchurian culture scattered throughout.

Nishan Shaman is visually stunning. Each stage has various setting changes within its oversaturated gradients, illuminating sky and horizon. The in-game characters and set pieces of are represented as Manchu papercraft, also animating realistically to the medium. If Nishan does a 180, much like paper, she’ll shift out of visibility for a moment, returning back into focus post-pivot (a la Paper Mario). The mix of Nishan Shaman‘s stunning visuals and beautiful soundtrack shows attention to detail with its elegant polish. Every level hits emotionally on a level exceeding expectations. Each bang of the thundering drum feels powerful, while music ramps and falls precisely when it needs to. You’ll find yourself instantly drawn in and immersed, especially those with limited to no knowledge of the lore. 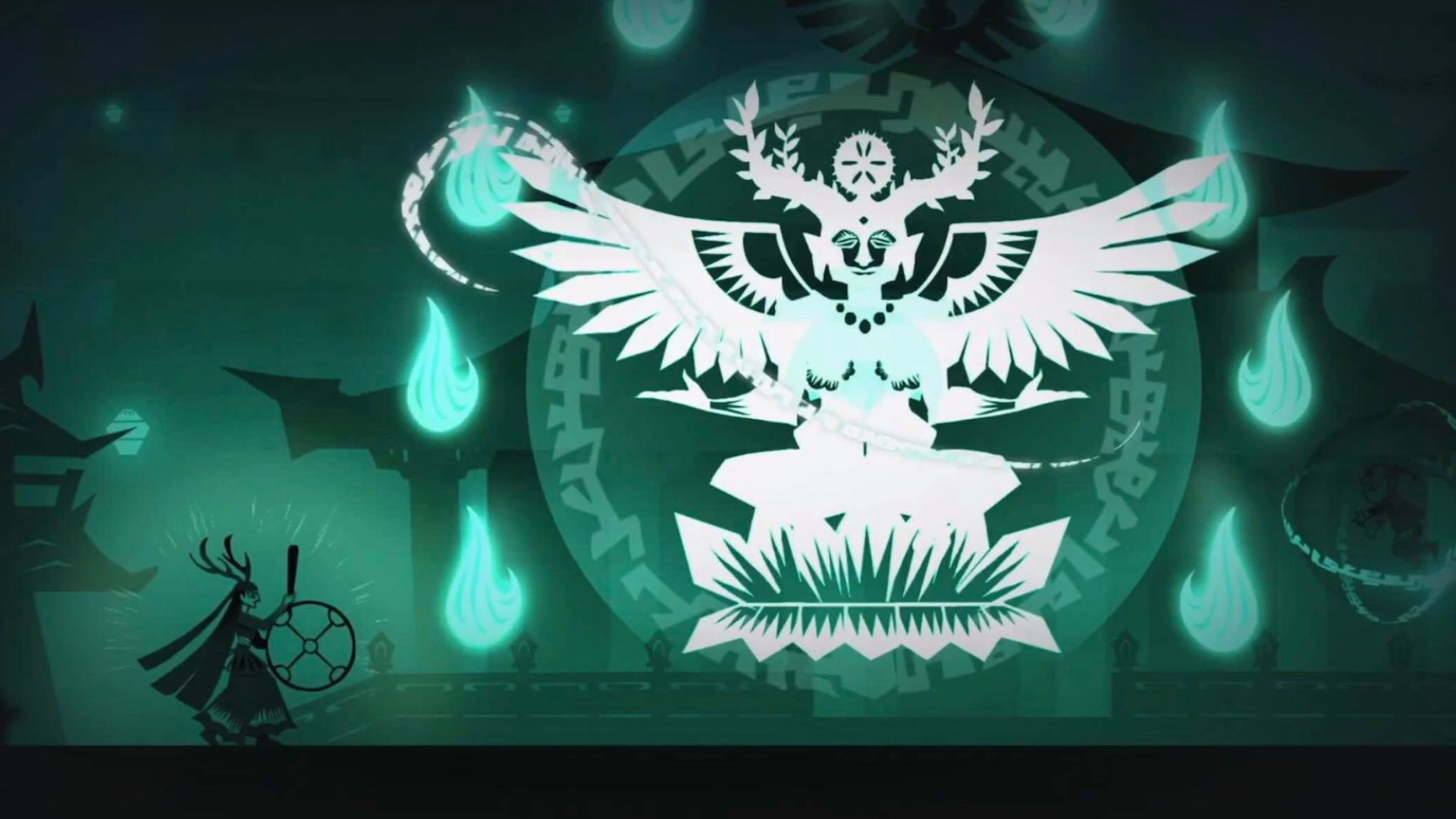 With all that being said, it’s important to note that this game is 100% free with no IAP. Expect Nishan Shaman to take ~1 hour to play through all five levels and watch all cutscenes with an additional ~1 hour to unlock all achievements and poke around the compendium. With Nishan Shaman being free, it’s limited content still manages to feels like a complete package with a satisfactory story arc. Even with its 5 month development cycle by 6 students attending Tencent Institute of Games, it’s difficult to even come up with a single complaint with Nishan Shaman — the game is clearly a labor of love. Nishan Shaman is an experience most will walk away from learning a thing or two about Manchu culture, if not a life lesson along the way.

Nishan Shaman is a beautiful experience that’ll leave you wanting more and anticipate future games/content from Next Studios. If you have an iOS or Android device you have no excuse to miss this impactful experience.