Apocalypse Hunters (Free) is an augmented reality collectible card game that looks to capitalize on the success Pokemon GO (Free) had in 2016, while also injecting a simplified card-battling system that’s strikingly reminiscent of Hearthstone (Free). Here’s what I thought after playing for a couple of days, getting my head around the battle system and tackling the deck building mechanic. 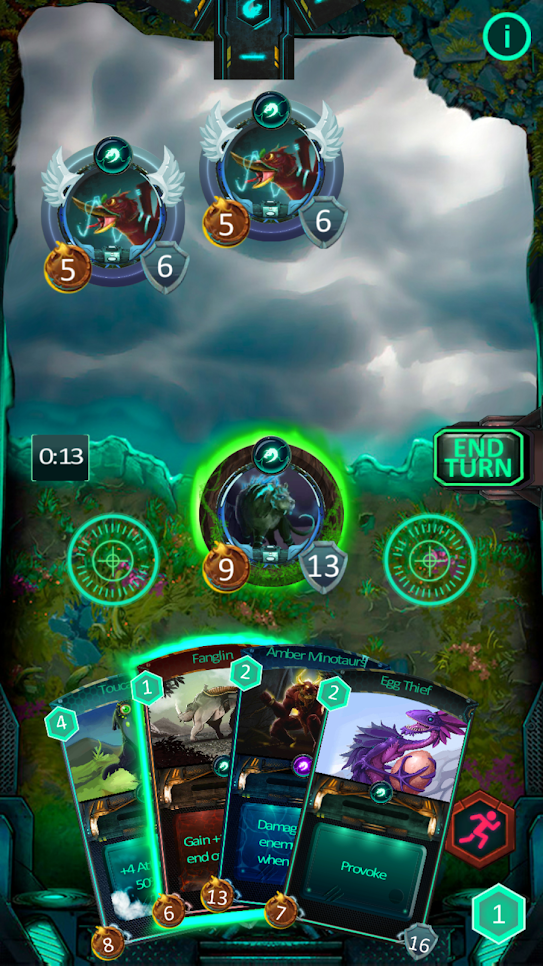 The game begins with an exposition dump set to still cartoon images that sets up the game world. Of course it begins with scientists who decided to play God, and as every Jurassic Park film has taught us, playing God and genetic splicing don’t often go according to plan. A freak accident released all of the Frankenstein’d creatures into the world, and a unique virus along with them. So you as a Bounty Hunter (Not an Apocalypse Hunter?) must tame the creatures and cure the virus.

So here I was, a brand new Bounty Hunter apparently in a destroyed Earth that feels somewhere between Mad Max and Pokemon GO, sitting in my small apartment in outer Melbourne. Much like the aforementioned Pokemon GO, Apocalypse Hunters pulls location data of your surrounding area and populates a world map that you can walk around and play the game as you go about your everyday life.

This whole conceit is a simple justification as to why there are winged rats and glowing-eyed frogs hanging out on every street corner and lurking down every park in your otherwise normal neighborhood.

Like the dutiful bounty hunter I apparently was, I set out for a walk down to my local park to see what I could find and what kinds of monsters I could catch. Interestingly, it also pulls weather data making certain monster types more common in their favorite weather. For instance it was a very windy day in Melbourne while I was testing the game, so I saw an overabundance of flying creatures.

So, I walked down to the park at the end of my street, tapped two points of interest on the way and collected some in-game currency (Chems) from them on the way past. 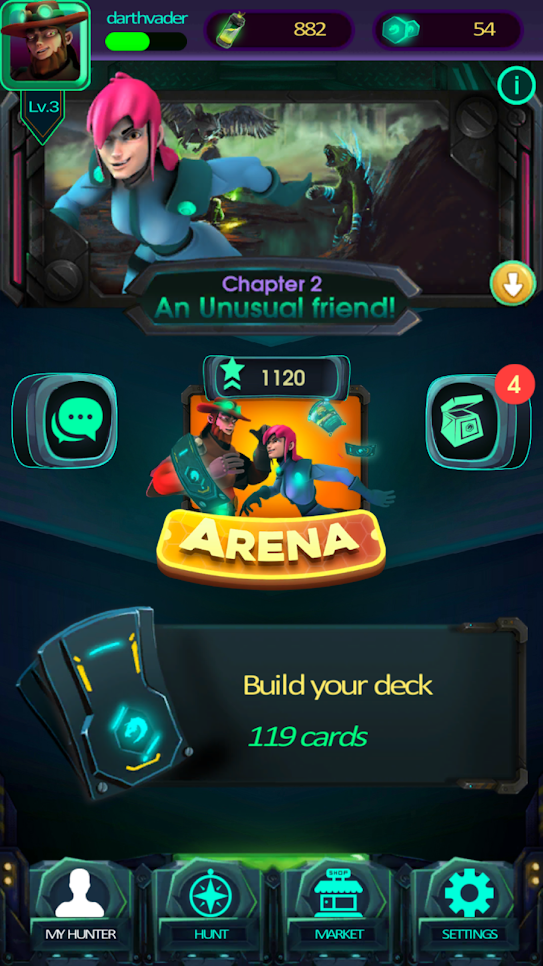 At the park I took part in a few back-to-back battles against random creatures to beef up my card collection. The battle system will be instantly familiar to anyone who’s spent time in Hearthstone, though it’s a bit trimmed down here.

You and your opponent each have three card slots to summon creatures, and you use them to attack the enemy’s creatures by dragging from your side to theirs. Every creature has attack and defense stats, so if a creature with 5 attack hits one with 5 defense, that creature will die. When you or the opponent have no creatures left on the board, the match is over and that player loses. Unlike Hearthstone, there aren’t player characters or global abilities to worry about. Some cards do have special abilities, like a familiar “taunt” that forces the opponent to kill that card first before any others, or an ability that negates 25% of the first hit to that creature.

Outside of battling random creatures on the world map, you can also battle other players in an Arena, where you take your deck and challenge random opponents online to matches. I’d like to see an option to challenge nearby players or specific people so two friends can go up against each other, but this wasn’t an option as far as I could see right now.

At the moment it feels like there is an issue with balance in the flow of battle; I found that the strength of cards and the mana cost to summon them was totally out of whack. So a 12 defense card might cost two mana to summon, meaning you can put them out much quicker than your opponent can kill them.

On the whole, one of the issues with pairing a Pokemon GO-style world with a Hearthstone-style battle system is that it feels very stop-start. You’ll walk to the end of a street, enter a battle, have to stop for two minutes to finish the battle then keep moving onto your next one. Where Pokemon GO would revel in the  brevity of each encounter (as you’d see a Pokemon, throw a ball and move on), Apocalypse Hunters expects you to engage in the battle system and think strategically, which on a crowded street or in a cafe might not be so easy.

As Eli mentioned in our announcement of Apocalypse Hunters earlier this month, a location-based game like this is heavily reliant on having a large player base, otherwise the world will just feel empty. And as of right now, it does feel a bit empty.

Apocalypse Hunters feels like a game that tried to throw all its eggs against a wall to see what would stick. We’ve got the overarching world-ending narrative, tying up the capturing and battling system, feeding into the deck building, which feeds the online battles, which leads back into the story.

It might be all too much, but time will tell, and who knows? In three weeks time the mainstream media might be reporting on “Apocalypse Hunters Fever" like they did back in 2016. I’m not sold on that, but maybe they will.

Apocalypse Hunters is free to download on the iOS or Android store right now. Once you’ve tried the game, head to our forums and see what everyone else thought!