It takes a lot of blood sweat and tears for developers to release beautifully performing and polished games. Nothing is ever perfect on the first try – this is why developers are always looking for beta testers. If you are interested in joining a beta test, head on over to our Pre-orders, Soft launches and upcoming iOS games forums where you are sure to find a game that sounds like fun to try. I play quite a few games in beta myself; not only can my feedback help a developer, I also get a sneak peek at games I may like to review later. Wanting to help developers and share these awesome upcoming games with you all is how BetaWatch was born in my mind. It’s not a definitive list, or even a best of list; rather it’s just a quick look at the games I’ve been playing in beta last week. So, what did I play last week and what did I think of them? Read on and find out.

When I first jumped in on the beta testing for Tower Power by LemonChili Games I was quite disappointed as the game wouldn’t load. I sent feedback and kept trying. Eventually I was rewarded with access and boy, am I glad I kept trying. It is such a simple and fun game with the most adorable graphics. I cringed a little when the developers used “kawaii" to describe the characters, however as soon as I was in the game I understood. Kawaii is the perfect word to depict the visual world you step into. It’s an uncomplicated flickem up shooter with traces of a vertical runner. You place up to four characters on the top of a rock and flick your finger up to shoot the evil birds out of the sky before they reach the platform and kidnap one of your cute and lovable friends.

Each character has different ammunition and you can mix and match them as you unlock each one through play. After you have shot enough birds you tap the screen like crazy to build your platform up higher, before receiving gifts and help from a precious and wise little Genie. LemonChili Games really are bringing a great little game to life. Tower Power feels familiar yet fresh. It’s a wonderful mashup of the elements we already know and love from casual mobile games, bringing the player a fun filled and slightly nostalgic game experience. The developers are only opening the beta to 50 testers at a time so if you don’t make it in to the testing phase, be sure to keep eyes peeled for its (as yet unknown) release.

Doge and the Lost Kitten

I wasn’t really sure what to expect when I grabbed a hold of the beta test for Doge and the Lost Kitten by Hot Teapot Games. I figured I like platform games, love a cup of tea, own two cats and a crazy, scatterbrained, 8 month old puppy… why not give it a go? I was hooked pretty quickly. The poor dumb Doge has no idea what’s going on most of the time and just leaps from platform to platform looking for the Royal Kitten. It’s a challenging little 2D platformer with hidden treasures to find and boss fights to win. Over thirty levels of funny dialogues move the amusing story along.

You will have Doge jumping over fires, avoiding guards and using jump pads to spring himself high up into the air and across tricky chasms. He really isn’t one to give up. I have only played up to the plot twist, which although not epic was fun to watch play out. I’m looking forward to playing further and hoping Doge will find his kitty friend. If you have been looking for a new platform game to give you a real challenge and wow you with great physics, this is absolutely a beta you want to go and get in on. Just be careful when yelling stupid dog at the phone, your poor 8 month old puppy might think you are yelling at her, then you will be giving out guilt ridden hugs and treats for the rest of the day.

I have a real love hate relationship with idle games. In the beginning I am obsessed and I can not get the rewards fast enough, but, after a while I begin to log in less and less until one day I realize it’s been over a month since I played and I shift the game into the “maybe delete" folder. Peakx Games (formerly Weedo Games) intrigued me enough with their description of Wild West: Explore Shoot Trade to make me want to jump on in feet first to help with beta testing. Idle meets tycoon and pistol-dueling action in this fun little adventure. You hire cowboys to help you dig and purchase upgrades to increase your accumulation of idle coins, but there are real things to do while in the game as well.

You can trade the ore you collect and duel with other cowboys. You collect your ore and while there is idle coin generation, you make more coins trading your mined goods at the trading post. The duels are fun: 3 cowboys for each side, and the winner is best out of three rounds. You choose when to shoot and have a slider allowing you to time it just right to get some critical hits in. Peakx Games have hit on a great concept and done a great job of making it fun. The developers are also continuously communicating with their testers and publicly thanking those who give them feedback. As far as cowboy games go, this one is wild, way better than all the west.

Orbital Knight Games are currently looking for beta testers to supply feedback for their sensational new game Slashy Knight (formerly Blocky Knight), and I knew I was going to want to look at this one from the moment Orbital Knight posted in our forums. They tell us it is a game born from their love of Dark Souls combined with their appreciation of casual games. As I am more than a little obsessed with From Software games, so, this description was enough to ensure I threw my TestFlight (Free) email address at them. I’m glad I did, Slashy Knight is a very enjoyable casual game.

It has an endless runner style and endless obstacles to avoid and enemies to avoid or fight, depending on your strength. Your avatar moves constantly, and you tap the screen to change direction, moving right then left, right then left. If you are not constantly aware of what is in front of you, the simplistic movement can really see you in unavoidable trouble. Your goal is to reach the next bonfire to save your progress and be able to move onto the next world. Keeping true to well known Dark Souls traits, if you die before making the next bonfire you begin again all the way back at the last bonfire you lit. I find Slashy Knight to be quite a therapeutic game, and it really helps with mindfulness as when I play I am thinking of nothing more than turning the avatar at the right times. It is most definitely my favorite beta game to play at the moment.

So that’s it, my BetaWatch for the week. Better make sure you go and take a look at these beta testing games and any others in our forums. It’s a wonderful way to support the developers of mobile games, and they really appreciate any feedback from potential players. If you think there is a beta test I should be in on hit me up with a link on Twitter. You can tell by his resting Mitch face, the Hoff approves of this weeks BetaWatch. 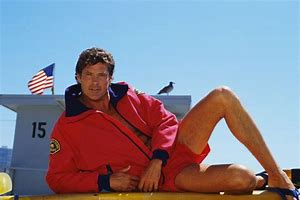