The quick way to describe Golf Club: Wasteland ($2.99) is this: what if the Super Stickman Golf series had a post-apocalyptic story that mocked the state of modern society? The games aren’t entirely the same, but if you like 2D golf, and its unique take on verticality and hazards that regular golf games don’t have, you definitely need to check this out. The whole game takes place on a post-apocalyptic Earth, as you visit from Mars and play a few holes on the Earth links, which take you through the crumbling wastelands after the Great Catastrophe. Whatever happened on Earth, not a lot of people stuck around, and those that stuck around…aren’t doing great. This leads to an interesting narrative golfing experience, which is not something I ever expected to say.

At its core, Golf Club: Wasteland is a 2D golfing game, and you don’t need me to explain how golfing works. The controls are simple to use, as you tap and hold anywhere on screen, and pull back to aim. You don’t have any specific clubs, and can theoretically putt at any time by just aiming horizontally. Remembering that you can aim from anywhere is a major key, because if you just try to start aiming from where your golfer is, you will likely run into the edge of the screen, and mess up your shots. however, being able to tap and drag to aim from anywhere on screen, once you fully realize this, makes the game a lot easier to play! I do wish that it showed your previous shot’s angle and power, in order to make some easier adjustments on tough shots, like trying to make it into the pipes that often provide shortcuts.

And yes, like any good 2D golfing game, each hole contains secrets, shortcuts, and moments where you have to weigh risk versus reward. Pipes are often used, where if you can get into a narrow space, you can get a lot closer to the hole. Some environmental elements like windows are actually breakable, and stay broken after you hit them, which becomes an interesting challenge with, say ceiling windows. You will be hitting in, out, and around crumbling buildings. And the game does throw some difficult shots where you might spend a few strokes to get up to a tricky spot…and then wind up right back at the beginning. You’ll spy all sorts of remnants of society that will clue you in to everything that went wrong. 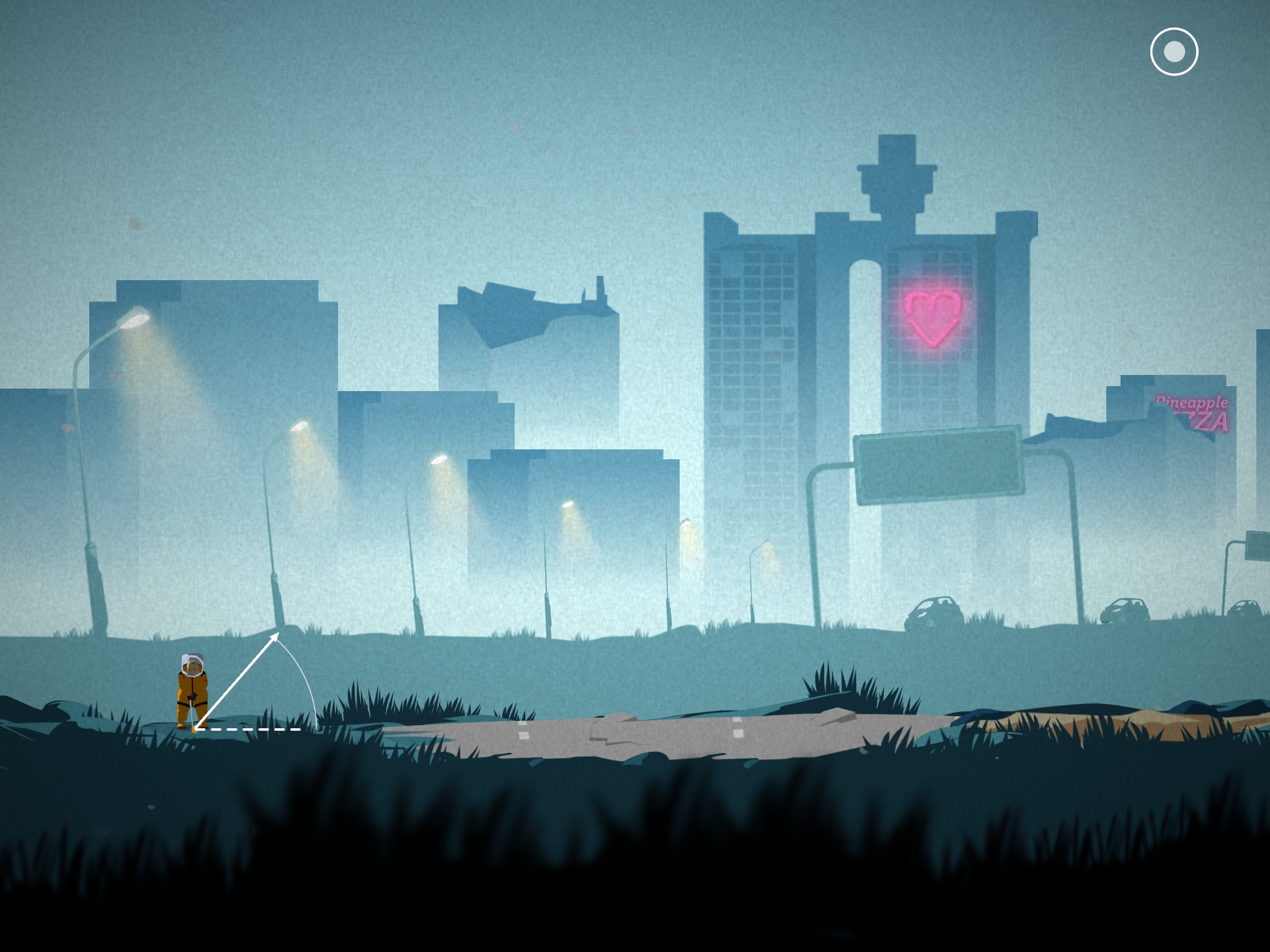 Some of the satire in Golf Club: Wasteland is a bit on the nose, with references to modern political figures that are given just the thinnest veil to separate them from reality. Heck, the Mars colony is named Tesla City and is clearly based off of Elon Musk’s plans to go Mars and probably build a colony there, in case you missed that point. You can probably take a guess at the game’s political stance based on the fact that you’re golfing through a post-apocalyptic, irradiated wasteland, with people on Mars.

I’m not surprised to find out the development studio is from an Eastern European, formerly-communist country. The writing, and the use of some of the English in the game definitely is similar to what I’ve heard from people and from games from the region. Like, even the intro, which tells you if you’re offended by the game to shove a golf club up your ass. Native English speakers in the west that would tell you to do that would more often than not come from the right side of the political spectrum. This game is definitely on the left side of the political spectrum, but there feels like the kind of crassness and pro-freedom-of-expression angle that you would get from a culture that was under the rule of an oppressive communist government for five decades. Tankies, please use the comments below to roast me. Like, I’ve seen the developers at CD Projekt Red get criticized by western progressives for saying some things about the themes of Cyberpunk 2077 that are likely based both on a minor language barrier and cultural differences. It’s just an interesting piece of context to consider while playing Golf Club: Wasteland, who made the game and why they might be making the points they’re making. 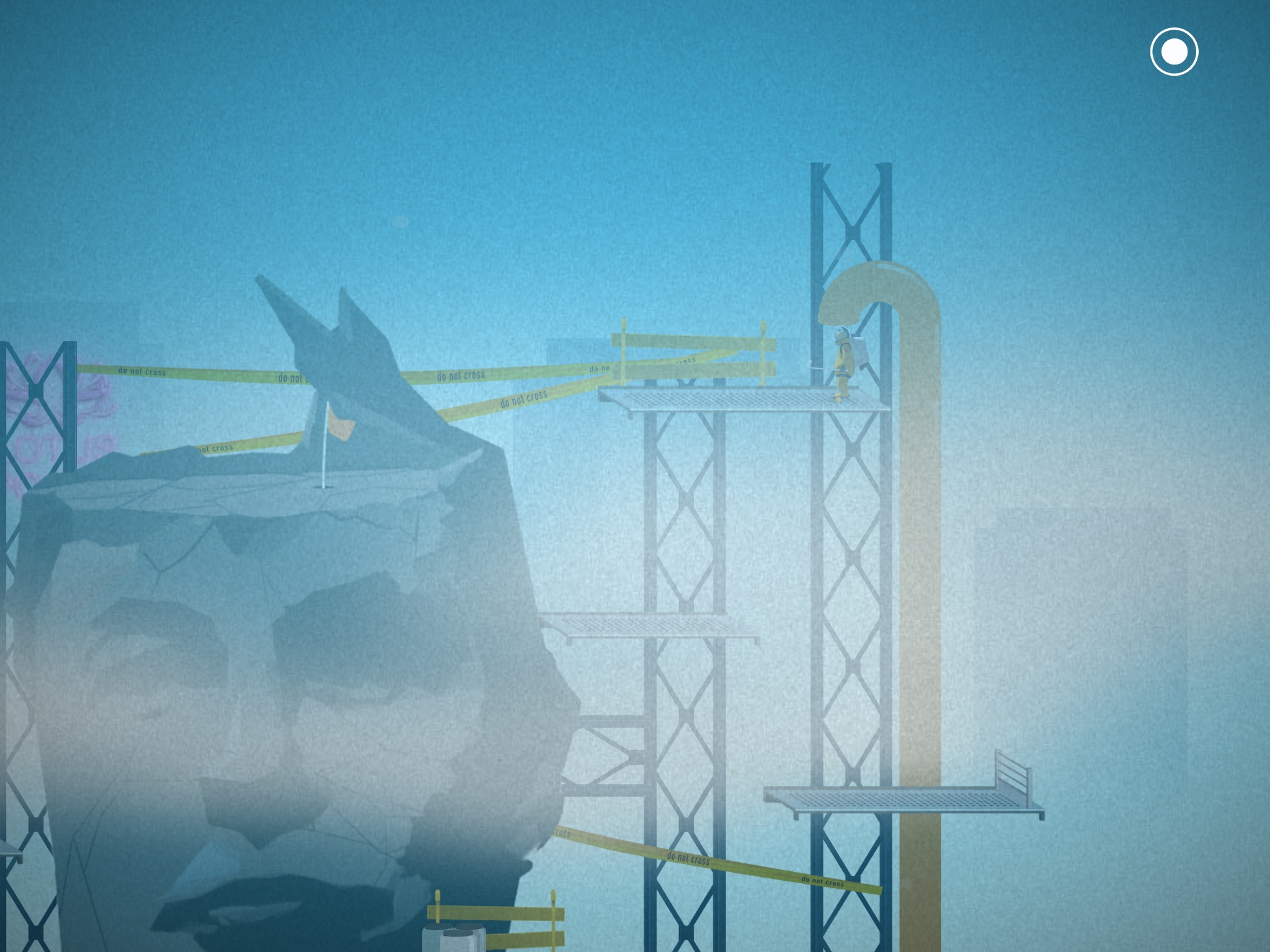 You don’t have to play the game with headphones or good speakers, but really ought to, in order to listen to Radio Nostalgia, which plays throughout the game. It doesn’t necessarily reveal anything about the events of the story as you’re playing, but it provides atmosphere, and contest for the world that the game takes place in. The music is presented as being presented in a nostalgic way, the developers’ take on music from the 2020s that people a couple decades later would enjoy. The soundtrack should be up on music services shortly after release. Also, when you go deep underground, the radio stops playing because you can’t get a signal. This is quite the unique touch for the game, with original songs composed for the game, and in-universe tales of how people wound up in Tesla City on Mars and their previous lives on Earth. Also, I like how your golfer doesn’t just teleport to the ball, he actually uses his jetpack to fly to where the ball is, and will occasionally get mad about a missed shot. The game is about more than just the golf, but he does care about the golf, too.

And Golf Club: Wasteland approaches its experience in the same way: the golfing is perhaps secondary to the exact theme, but it’s still important. It does keep track of your score, but doesn’t display it while you’re playing, so you can go through that first play session unencumbered. However, once you do beat the game, you can go back to each individual hole and try to improve your score, which is worth doing because there are additional snippets of dialogue that you can unlock by reach certain scores. While I did restart some holes if I was getting frustrated, I completed my first playthrough under par somehow, which is rather impressive considering how many strokes I took on some holes. Thankfully, par isn’t just three, four, or five strokes, it can be more based on the hole. Still, it adds a new dimension of replayability once you have that information. That it also has a narrative benefit is quite welcome. 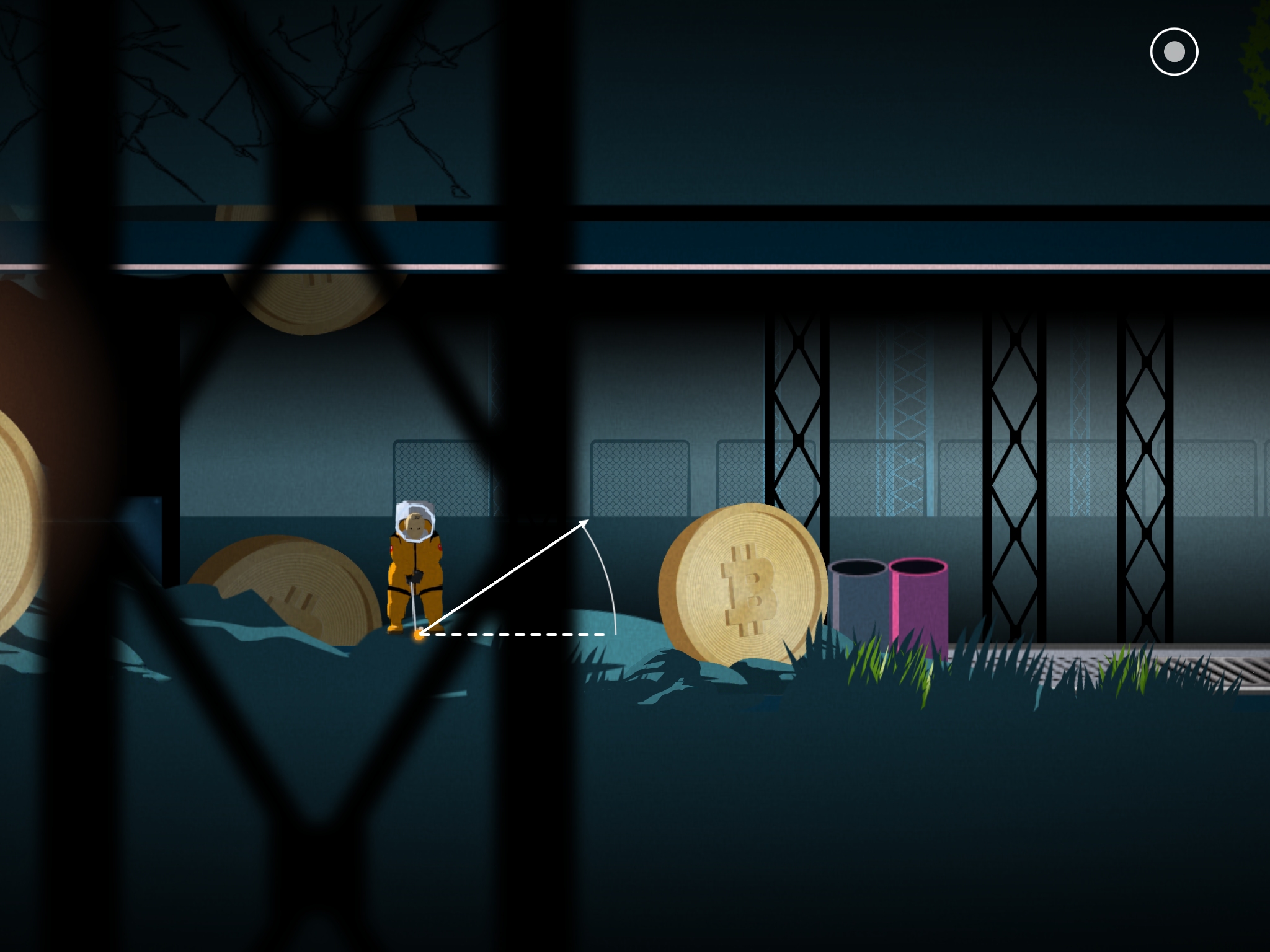 Golf Club: Wasteland is quite the creative experience that you should check out. It uses golf quite well to convey a message, even if it is a bit ham-fisted at times. And then there’s a solid 2D golf game with replayability to go along with its narrative and thematic elements. Rare is the game that gets you thinking about modern society, while being angry that you missed the shot to get past a giant, irradiated giraffe. Well done, Demagog Studio.