If you are a Sony fan or a portable gamer who either owned a PSP or a Vita, you may have heard of the infamous and underrated No Heroes Allowed series. These are very portable-centric titles that scratch that nostalgia itch from games in the ’80s and ’90s. They have pixelated graphics with monsters, heroes, dungeons, loot and all that you would expect if you played something like the early Final Fantasy or Dragon Quest series.

This series, however, reverses the roles from the games of that bygone ’80s and ’90s era. Instead of a hero, you control a villain, or actually an overseer and protector of a dark lord, Badman, while fighting enemy heroes trying to come in and put a stop to his plans. The latest game in the series, straight from Playstation Vita, just made it to mobile. It is called No Heroes Allowed: No Puzzles Either! (Free). 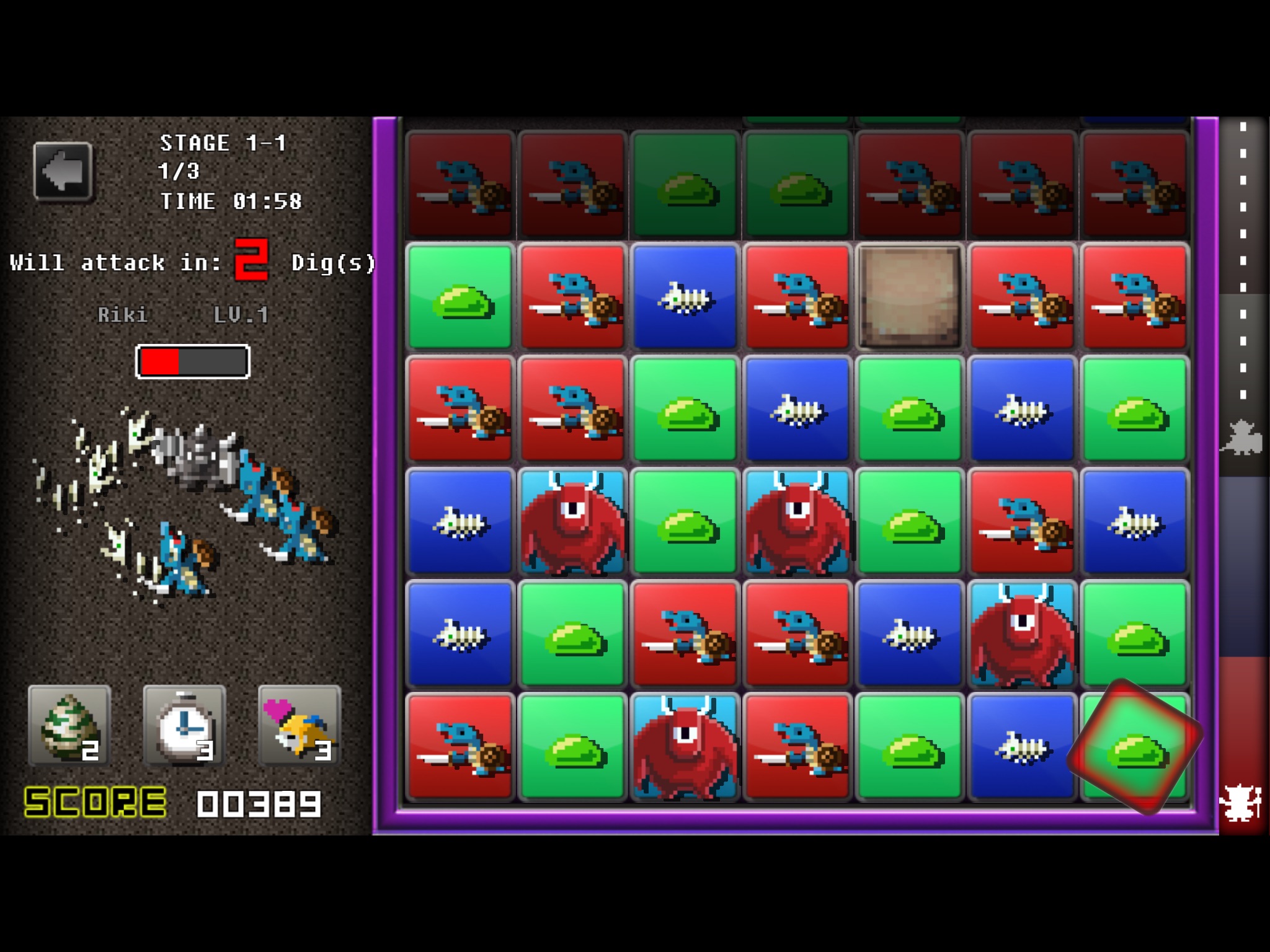 As you may have guessed from the game’s title, it has puzzle elements in place. These are the match three variety. However, it actually mixes a few genres together seamlessly as there is some fusion involved of RPG, customization/troop management and match three.

You will be particularly entertained by the way the monsters swarm on the hero and seeing him battle them on the side of your match three display area. The hero will also be making amusing comments along the way. The game really has a great sense of humor that isn’t overtly dry by any means. 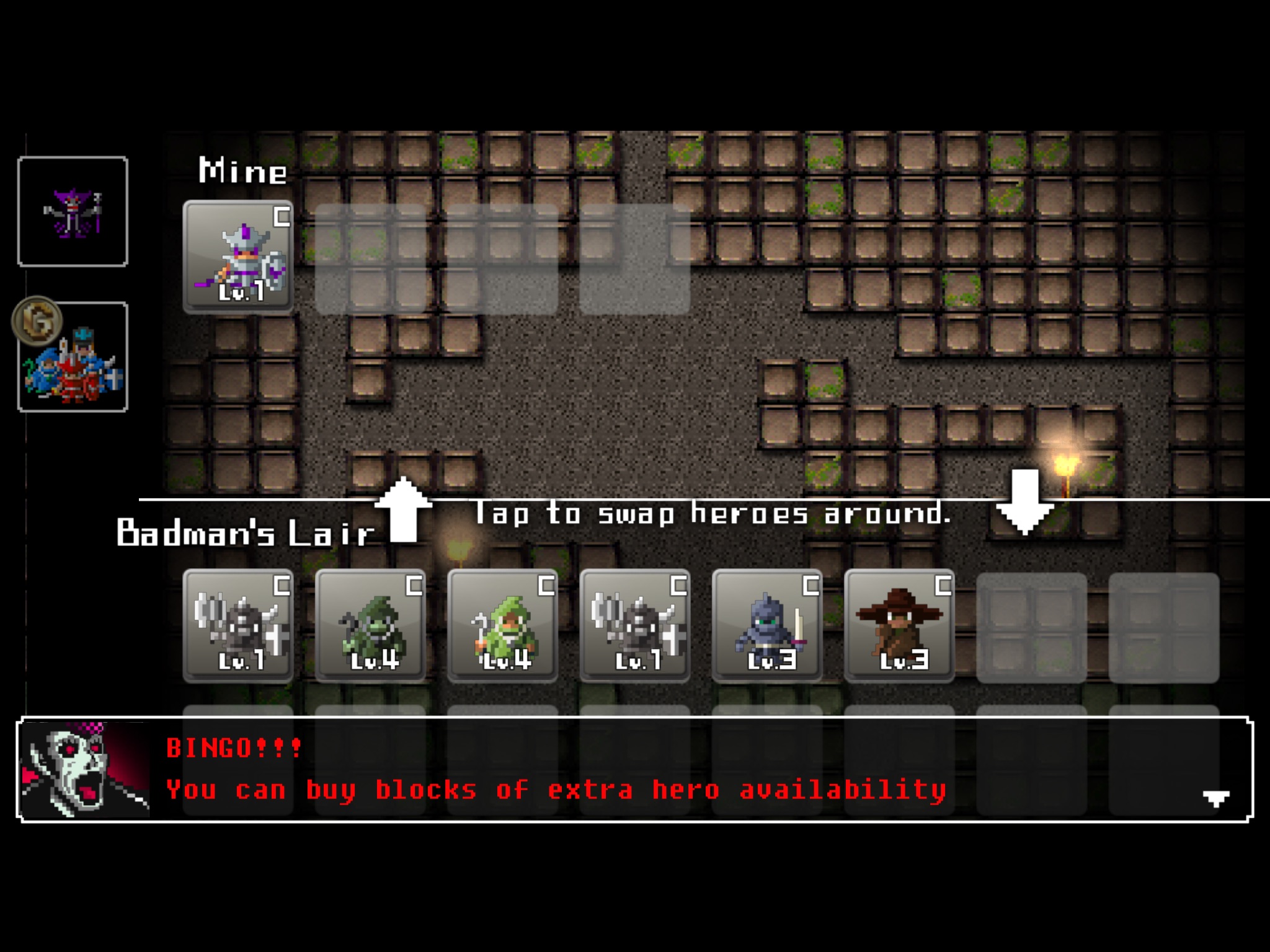 After you defeat all the heroes in a match trying to come down and disrupt Badman’s plans you get to capture them and use them as slave labor. Once they are slaves you can send them to the mines to uncover additional monsters and treasures for you that you can use in battle in later rounds. Meaning, you can choose better monsters to fulfill the five block slots over time. Oh and not all heroes are made equally. Some will be higher levels and more efficient at finding loot and monsters for you to fuse.

This is a game that has all sorts of wits and charm about it. The pixelated graphics, funny backstory and presentation and overall retro visuals will take you back to the ’90s and JRPGs like Dragon Quest III. Even the way the heroes look and act during their ordeals to the dungeon will bring you back to some of those storylines that were simpler, but often more charming and comedic, than many RPG titles on offer today.

The writing is very funny as well. You will be introduced to your master, or Badman, whom you will be guarding as heroes come into his dungeons to disrupt his plans. There are additional characters you meet along the way as you advance (such as his daughter) that appear in dialog. For those not familiar with the series or even match three puzzlers, there is a tutorial available to get started. 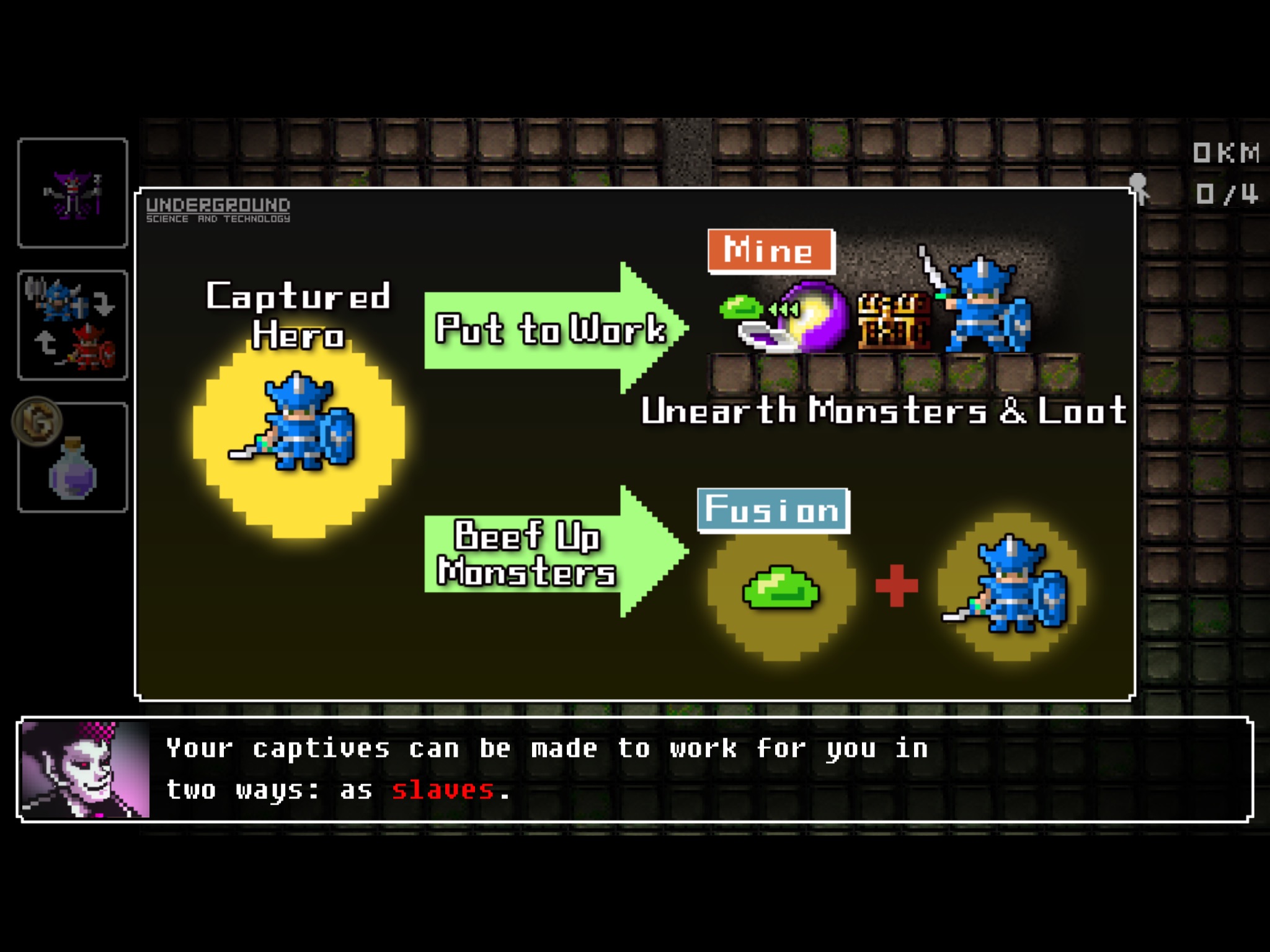 Captured heroes are kept at Badman’s lair. This lair is not the same as the actual dungeons you are responsible for guarding or dispelling heroes from during your playthroughs. This lair will also give you additional customization and troop management options. You can even combine monsters and use your combination to fill up one of the five block types at your disposal in dungeon runs.

Each block, or monster, at your disposal has a different rank that can be complicated further with leveling. Thus, if you match three or more dragons together, especially if they are higher level, you will send more powerful troops at the hero than if you match three or more green slime blocks together. Also, as you match lower, you will evolve further blocks that hold more powerful creatures.

Oh and you can also slide blocks as they shake. So if you use your pickax to break a block of any kind (whether it is the non troop variety or even the more powerful dragon block), the layout will shake and you can quickly slide the adjacent blocks to the left or right over to its place before the blocks above come crashing down. 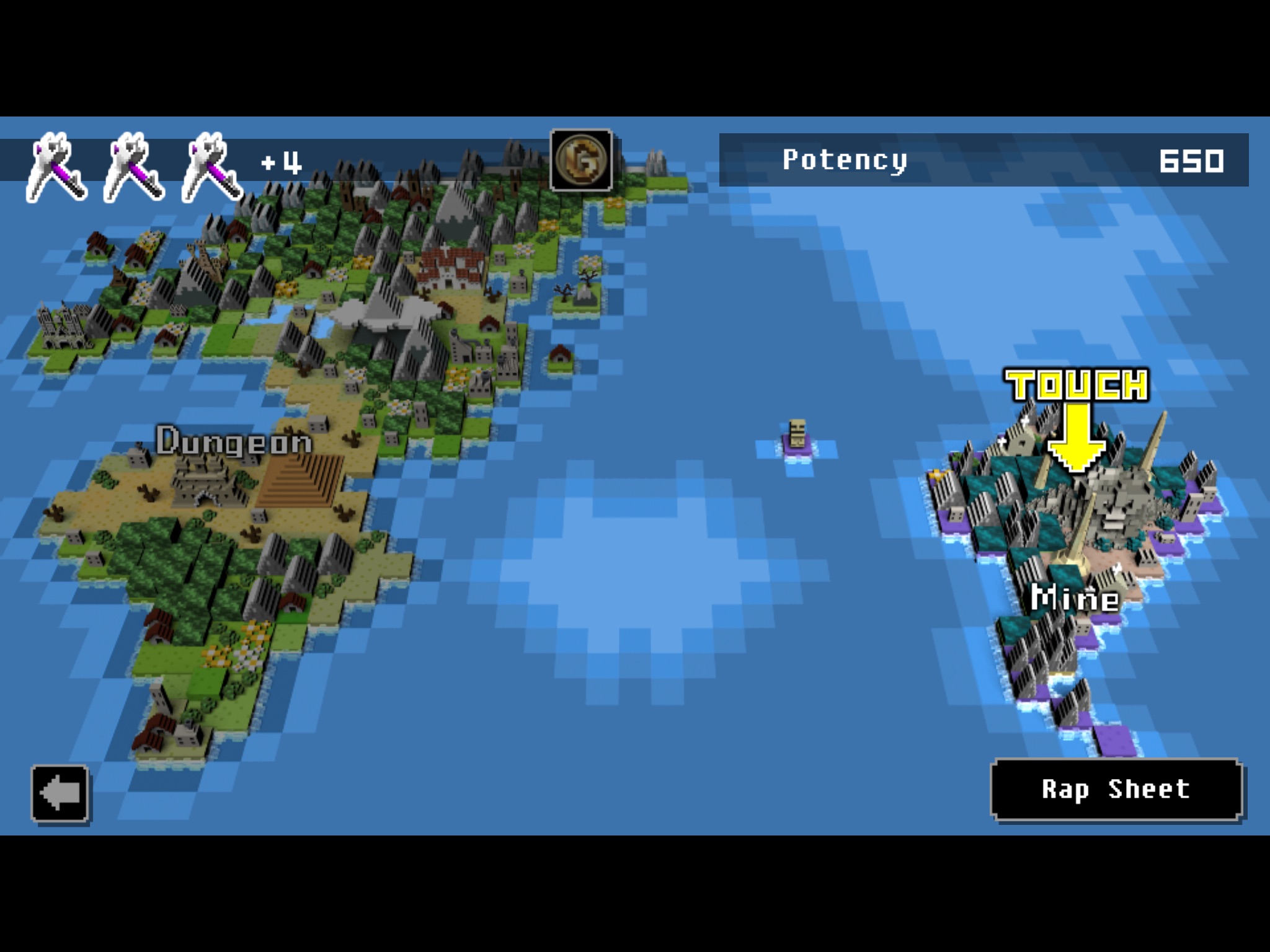 The one gripe I have with the game is the game has a lot of IAP requests for various gameplay elements. For instance, to gain additional pickaxes or to have an unlimited-dig option, you will need to spend cold hard cash and the game doesn’t back away with this when it prompts you to do just that. Also, if you want additional heroes digging besides the default number of four, you will have to make additional IAPs as well.

Unlike the other games in the series, which started out on the PSP, No Heroes Allowed: No Puzzles Either! is a free to play game and started out that way even on the Vita. However, despite my complaint above regarding so many IAPs the game throws at you (or makes note of) early on, you can have a fun time playing without them. Or, alternatively, still have a deal of a game with just a couple main purchases.

The game has a lot going for it as it fuses gameplay types from a few genres in a seamless fashion: from match three to a survival to a villain-based RPG with a funny and unique storyline. It is fun, charming and has an addicting quality to it. The pixelated graphics, art direction and presentation is great in the sense it is retro, but in a nice coat of paint sort of way. It has high quality about it and the fact it originally started out as a Playstation Vita game may have a lot to do with it.

Even the opening title screen has charm to it with its midi-like music playing and little square icons of monsters hanging from the air by strings. There is even a multiplayer option on the main title screen, but unfortunately when you click on it, you get a ‘coming soon’ message. That is a good sign that shows further support is planned.

Do not let the IAP options scare you too much, just give the game a try and you will realize whether it is worth investing your time and money quickly as the game opens up right away (the tutorial is even optional). It is really interesting to see a JapanStudio game hit the mobile scene and this game is the perfect title for them to have done that. Let’s hope additional titles in the famous studio’s catalog can make their way to mobile as well if this game does well.