Announced at GDC earlier this year, Dragon Ball Legends – the next in a short line of mobile Dragon Ball titles – has soft-launched across Europe on Android devices. Finally hitting the shorts of my native England, I’ve spent a good portion of the day getting to know a game I only knew by name as other, more fortunate, writers and journalists tapped their favourite characters a few months back without yours truly.

Dragon Ball Legends, as you might expect with the current trend of mobile games, is a bit of a tap-heavy card-game/brawler hybrid. Like a sophisticated round of rock-paper-scissors. Launching you into yet another tall tale of the Dragon Ball universe with a handful of new characters, the biggest early disappointment isn’t a marginally annoying tutorial (which it totally has), but a baffling omission of a female main protagonist. Shallot, a Saiyan new to this game and with a case of amnesia, finds himself caught up in King Kai’s tournament made up of fighters from across time.

The whole thing seems to take place during the Dragon Ball Super period, complete with Whis and Beerus, so anyone currently waiting on the dubbed anime release will, once again, risk entering spoiler territory by picking this one up. We can try to use lore to justify a non-customizable protagonist, but it’s paper thin reasoning at best.

Although the long-winded tutorial introduces a dizzying amount of features and menus – of which aren’t explained all that well – it’s the game’s main story that will act as the hook for most of Dragon Ball Legends’ potential playerbase. Similar to Fire Emblem Heroes (Free), you build a team through gatcha-style summons/pulls and use your strongest fighters to progress through a story made up of Parts, Books and Chapters – most of which are short non-voiced dialogues topped off with a fight. Playing through up to an account level of 5 doesn’t take more than an hour or so, but you’ll be fending off the iconically disposable Saibamen before coming across Raditz; a certain Saiyan we’ve all seen enough of at this point. 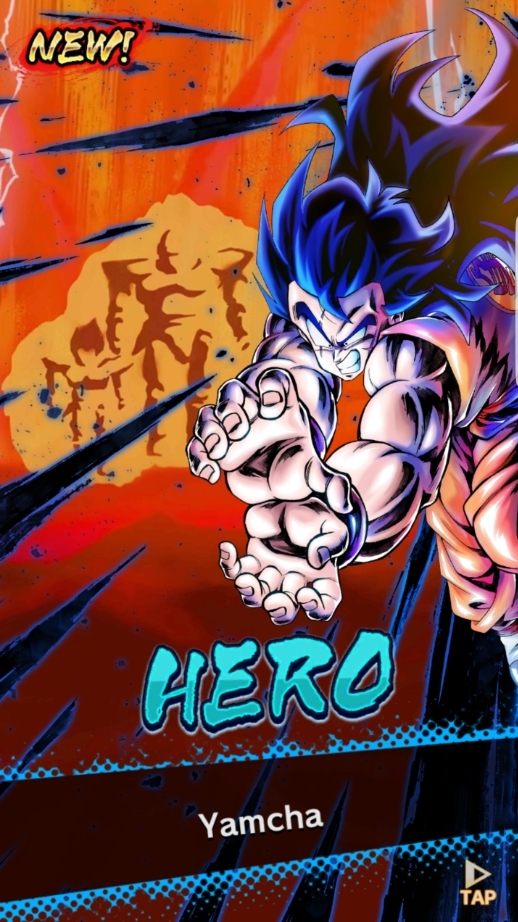 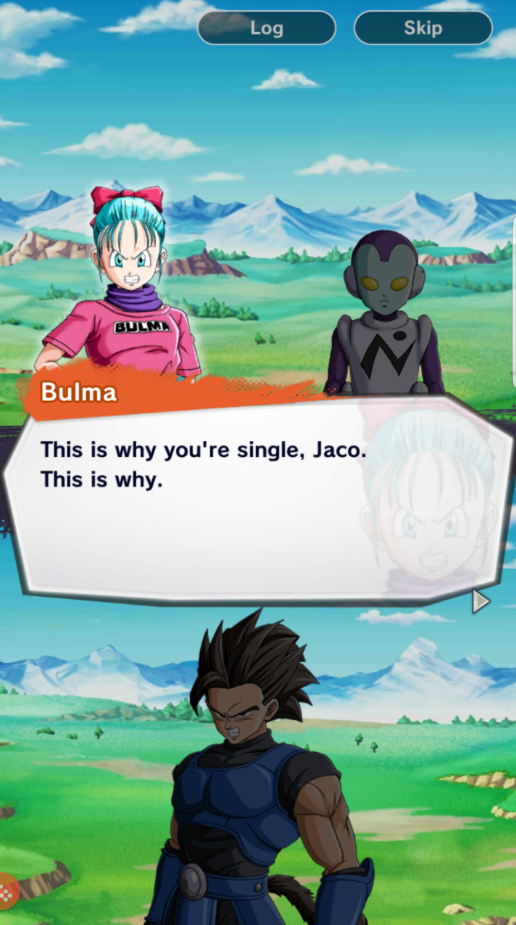 Putting together a group of 6 fighters from your best pulls, only 3 may go into each battle, with the rest supporting the team through buffs and bonuses noted in their confusing info panels. Characters pulled from the summons come in Hero, Extreme and Sparking variety, with their star rankings building with duplicate pulls, and their power levels increasing as they level up through combat or time-heavy ‘training’. Most will want to re-roll their accounts to grab as many Extreme and Sparking cards as possible during the release window, but we suspect you’ll only start to run into problems without them if you’re looking to go deep into PvP for rankings and rewards.

Catching the attention of press through its visual flair at GDC, there isn’t much of that outside of battles. Stories play out like your average visual novel before loading into a generously detailed battlefield above the plains or cityscape. When fighting, you’re free to move your fighter around by dragging them in a fight, but you’ll only really make a difference when sliding up to charge into melee range, or pull back to retreat for a ranged attack. Regular attacks are executed through individual taps, with your main fighting force coming from the coloured attack cards constantly filling the bottom portion of the screen.

Tapping these expends Ki, which refills over time or by holding down to charge, and can be chained to launch a flurry of melee, ranged or buff actions that lock onto your opponent. Warning signs will denote an enemy attack, which can be dodged by flicking to either side in time, but you’re free to tag in another hero to take the hit and continue the fight. 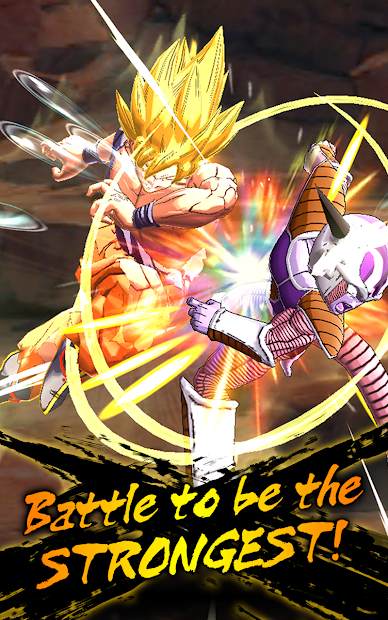 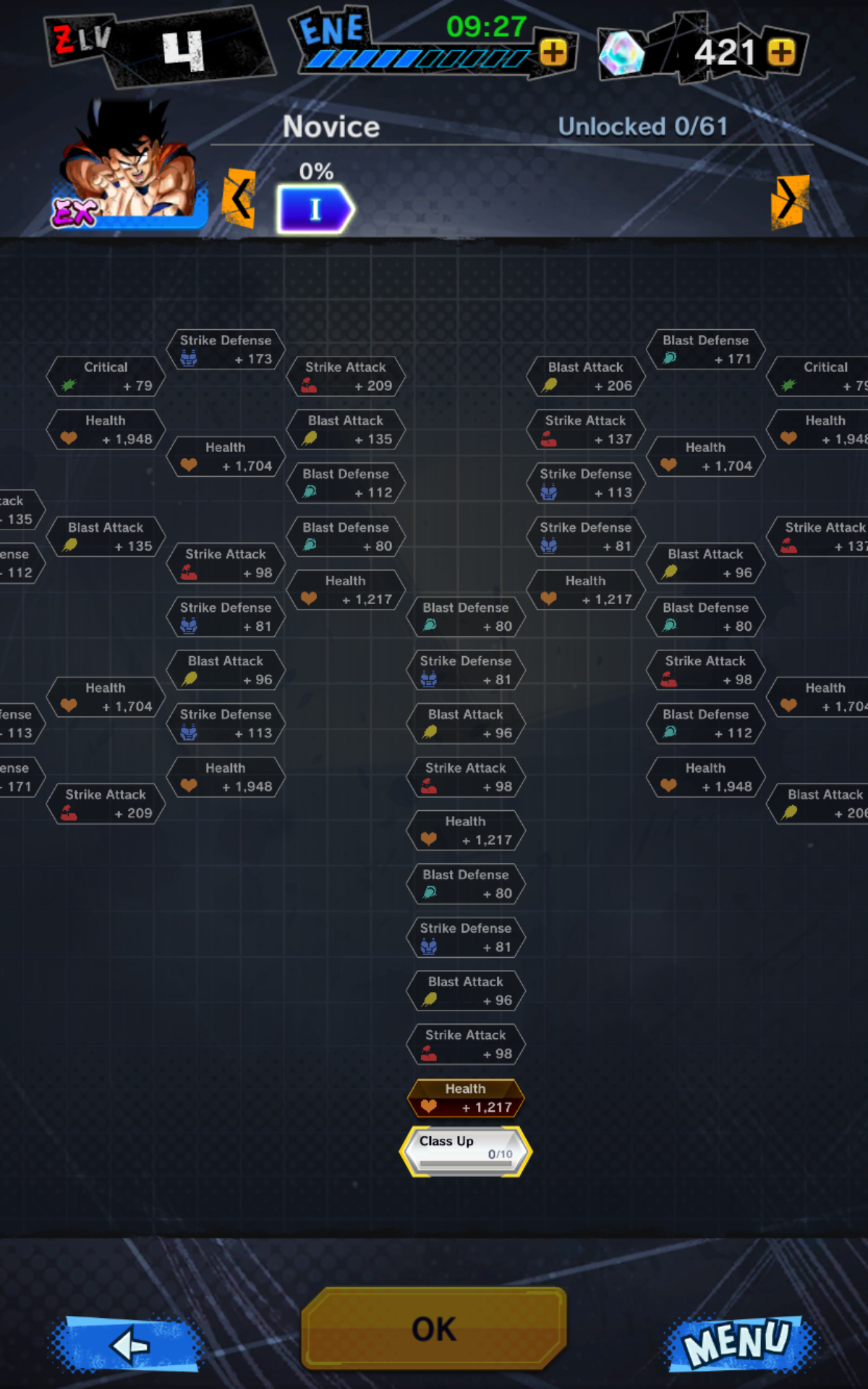 These 3v3 battles are very fast, so there’s every chance you can fit in another story chapter between an ad break on TV, while preparing a meal, or even just wiping down a dirty window. They’re more reactionary than strategical, but there’s plenty of room for min/maxers to gain a noticeable competitive edge by doing their homework and crunching some numbers. Team building websites won’t be far away, that’s for sure.

2-3 hours with Dragon Ball Legends is enough for anyone to gauge whether or not it’s something they’re likely to stick with. The tutorial drags you through a few story missions before letting you fully explore its near-endless menus, and then barely explains the beneficial effects of the features hidden within. Everything from summoning new heroes to leaving one to train over time or tackling an adventure to gather rewards while you’re away is described as a ‘Mode’, but only the PvP and Story buttons stay true to the word.

The poor phrasing and lack of in-game jargon resources risk alienating a more casual audience over time, but Dragon Ball fans with time to spare will find plenty of reasons to at least give Dragon Ball Legends a go. Though having it crash during a 1000 crystal summon will leave a sour taste in anyone’s mouth. I’m pissed. This first impressions piece is based upon a commercially available Android build of the game, which you can check out for yourself using the link below. An iOS release is planned for June 14.