There are many silly reasons to declare something an official day for some reason, but Star Wars has always gotten it just about right by making May the 4th Star Wars Day. If we have to explain it to you, then congrats, you’ve been out of the pop culture zeitgeist for at least 40 years. May 4 is celebrated in various ways by different parts of the brand (now owned by Disney, of course, who knows how to put a full court press behind things better than anyone), but when it comes to Star Wars mobile games, it’s generally just part of a few weeks of deals and freebies, both good things.

With that in mind, let’s take a hyperspace spin through what all of the mobile games have going on to commemorate Star Wars Day, beginning with what’s been the most popular title for quite some time.

This one couldn’t be easier. All you have to do is log into Star Wars: Galaxy of Heroes (Free) on May the 4th and you’ll receive Han Solo character shards. You might recall that he’s the star of his very own movie that hits theaters later this month, so if you’re thinking there might be some kind of connection there, you’re probably ready to take on Lando Calrissian in a high stakes game of sabacc.

From May 4-11, you’ll also receive a 25 percent bonus on all Crystal Bundles you purchase in-game.

There’s a whole bunch going on in Netmarble’s PvP-focused game. For starters, just logging into Star Wars: Force Arena (Free) any time between now and May 10 gets you a free 40th anniversary Luke Skywalker or Darth Vader (or a discount on the full 40th anniversary character pack). And since these are based on original concept art from the characters from decades ago, they are super cool looking. 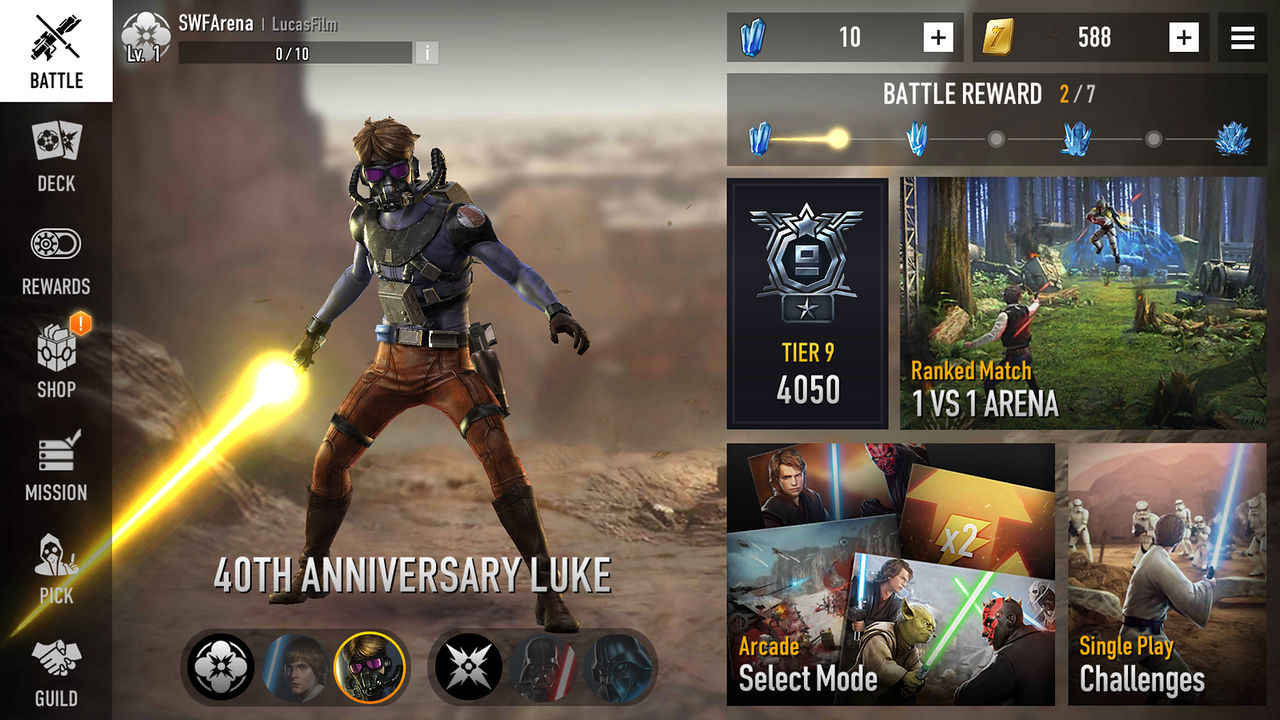 Force Arena also has an update on the way for Solo: A Star Wars Story, and you can pre-register for it now. If 200,000 people do, all players will receive a Legendary Wild Card for free. 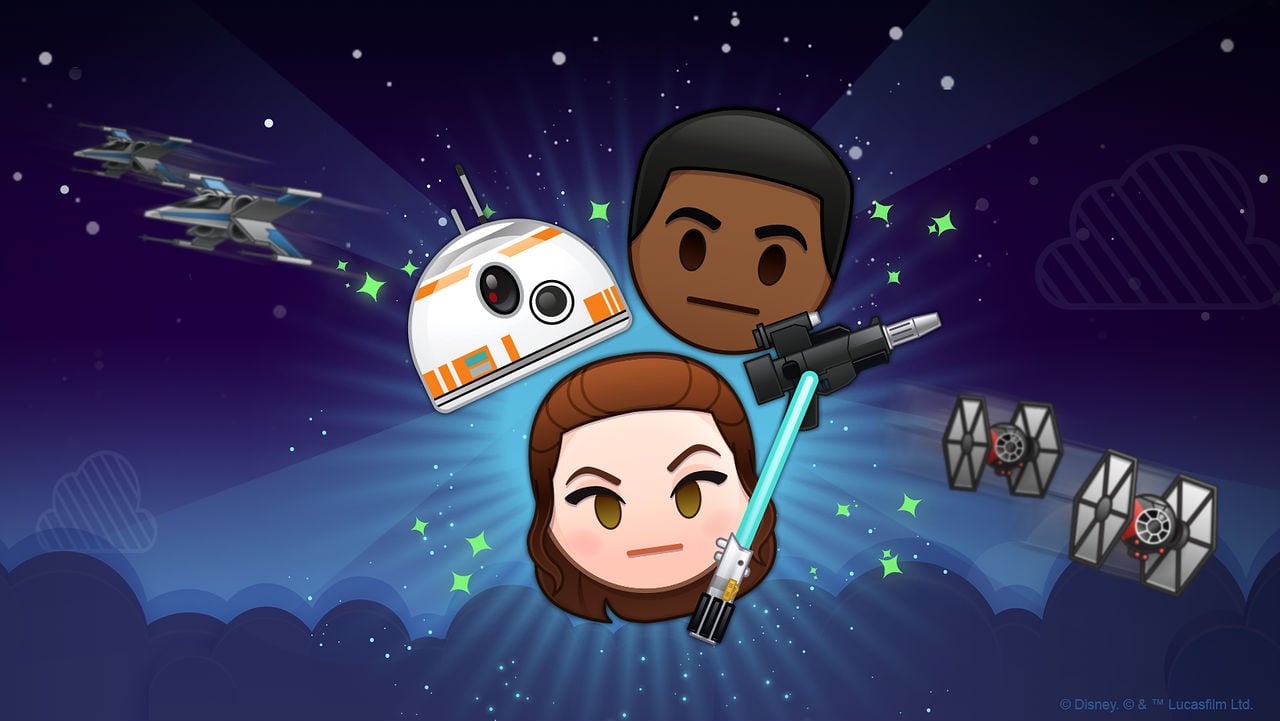 From May 4 through May 6, all players who log into Disney Emoji Blitz (Free) will receive a free Rey, Finn or BB08 emoji, guaranteed to be cuter than any other version of those characters you have in any other game (note: not an actual guarantee). Select IAPs are also 30 percent off, but only through the Star Wars Day weekend.

Okay, so maybe this game also has something to say about cute renditions of popular Star Wars characters. In any case, Disney Tsum Tsum (Free) is putting all purchases of Rubies on sale for up to 25 percent off, the better to help you collect Star Wars characters and tackle Solo-themed puzzles.