If you’ve ever found yourself playing an RPG and thinking to yourself how much you enjoy moving a character around simple maps, winning battles by pushing the fight button, and skipping through a banal trope-laden story, but wishing that it didn’t take so darned much time and thinking to beat, has Kemco got the game for you. Archlion Saga (Free) is a super-simplified JRPG, and when I say super-simplified I mean that it makes Final Fantasy: Mystic Quest look like Shin Megami Tensei 3: Nocturne. But it’s not ashamed of this fact at all. The game trumpets its brevity and low difficulty as key features, a sort of relief from the usual overly-long game that ends up thrown in a pile of unfinished purchases. It’s not a concept I’m opposed to, but Kemco doesn’t pull it off very well. 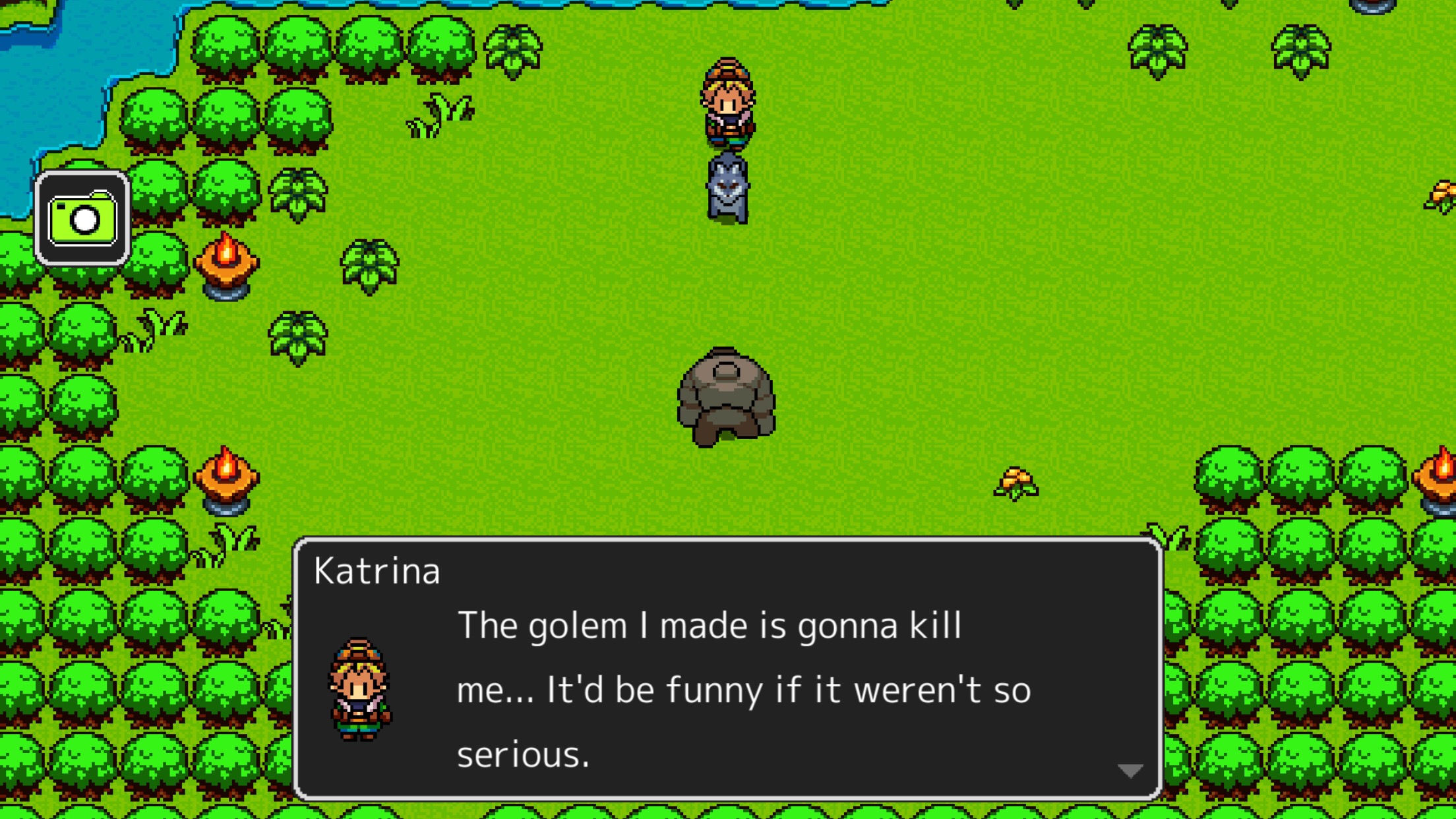 In the world of Archlion Saga, two powerful gods stand in opposition to one another. The Serpent attempts to bring about an eternal night where chaos would rule, but before it can ever successfully enact its scheme, the Archlion puts a stop to it. It does this through the efforts of its chosen champion, the Archlion King, who wears a special brand that grants them great power. Why does this concern the people of the world? Well, the Serpent also likes to brand normal people with its mark, a mark which brings death to all those it brands. And wouldn’t you know it, the latest person to get the brand is our hero’s mother. Yes, it’s a Kemco hero who isn’t an orphan! Lucky for the aptly-named Leon, he wears part of the brand of the Archlion. He sets out to ensure he doesn’t end up like all those other Kemco heroes.

His methods for accomplishing his goal are quite familiar. He travels to new towns that always have better equipment for sale than the previous town, but not so good as the next. He makes exactly as many friends as he needs to fill his party. Each town has a problem that can only be solved by exploring a nearby dungeon of some sort, which is always filled with random monsters and capped off by a nasty boss of some sort. Beating monsters earns experience and cash that make our hero and his friends more powerful. The big difference here is how compact and streamlined it all is. The story is spread across five chapters and can be (indeed, must be) finished within a few hours of starting. There is very little in the way of exploration required, and a full map of each area, complete with treasure chests noted, is just a touch away. The list of items is small, and while there are a few pieces of optional gear, there aren’t many choices to be made in general. 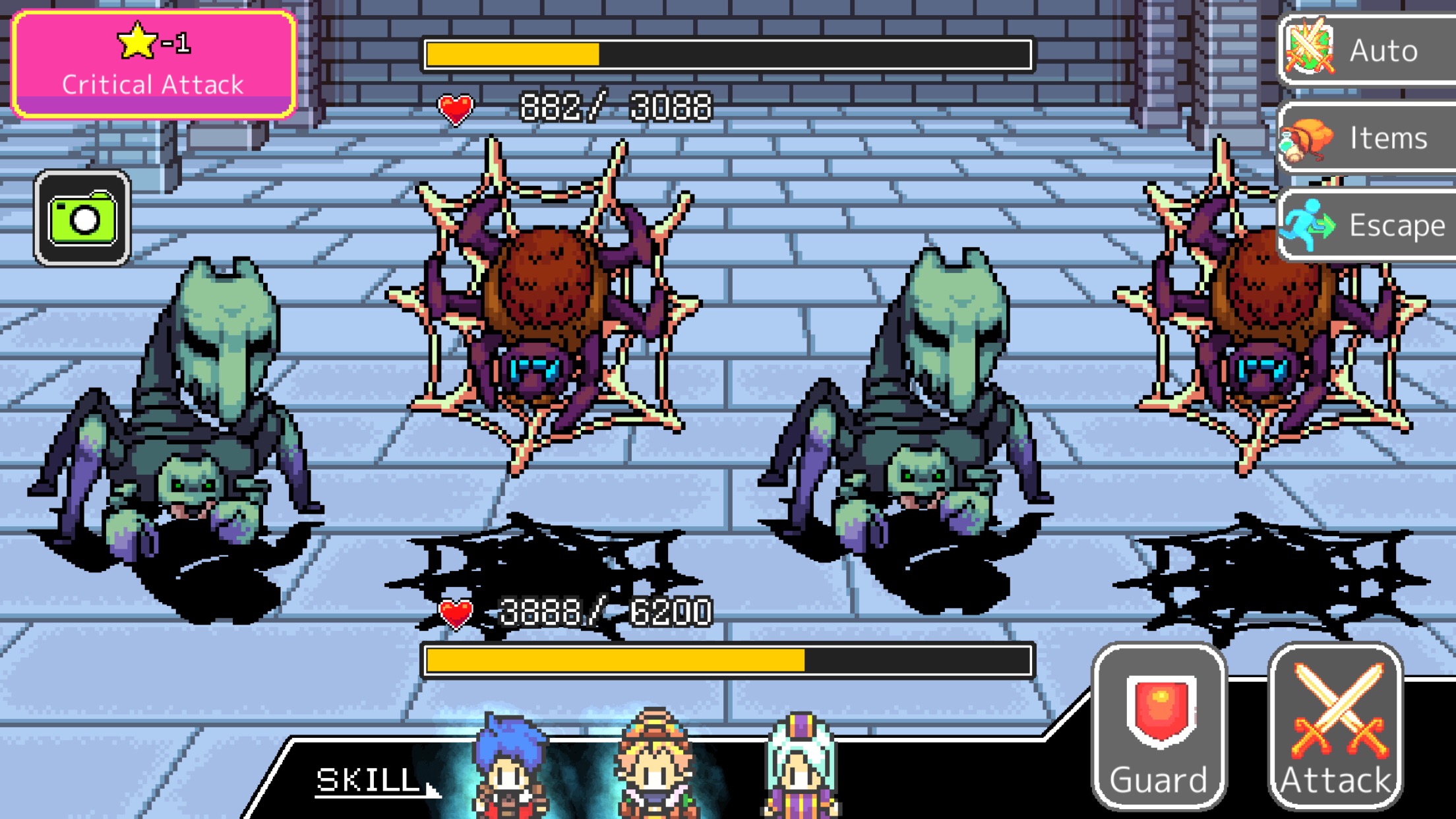 That also extends to battles. Your party’s stats are merged into one big blobby entity that can take one action per turn. You can attack, defend, or use a special skill if one is ready. Since your HP is merged, your party will stand or fall as a complete unit. Similarly, buffs, debuffs, and status ailments will be shared party-wide. The enemies follow the same rules. While the skills include some that carry status effects and stat buffs and debuffs, there isn’t a whole lot of strategy involved in any of the fights. Use your strongest attack skills when available, buff and heal while those skills are cooling down, and maybe toss in the odd regular attack now and then. This plan of attack works just as well on the first battle as it does the last.

It’s unlikely you’ll ever lose a battle unless you’re deliberately throwing the fight. You’re not going to get lost while exploring either, and if you somehow can’t figure out where to go next, tapping a big button will literally place a line for you to follow to reach your next goal. Said goal is also stated in text that sits underneath a little meter that fills up according to how far through the current chapter you are. The dungeon designs are extremely linear, with only a few points where you can head down a side alley to pick up a treasure or star. Stars can be used to open locked doors and chests, double your experience gains from battles, fully heal yourself, or deliver a guaranteed critical hit on your next turn in battle. They’re also the source of the game’s sole IAP, which feeds you a steady supply of stars as real time passes. It’s not needed at all to finish the game, however, and really just serves to devalue exploration further. 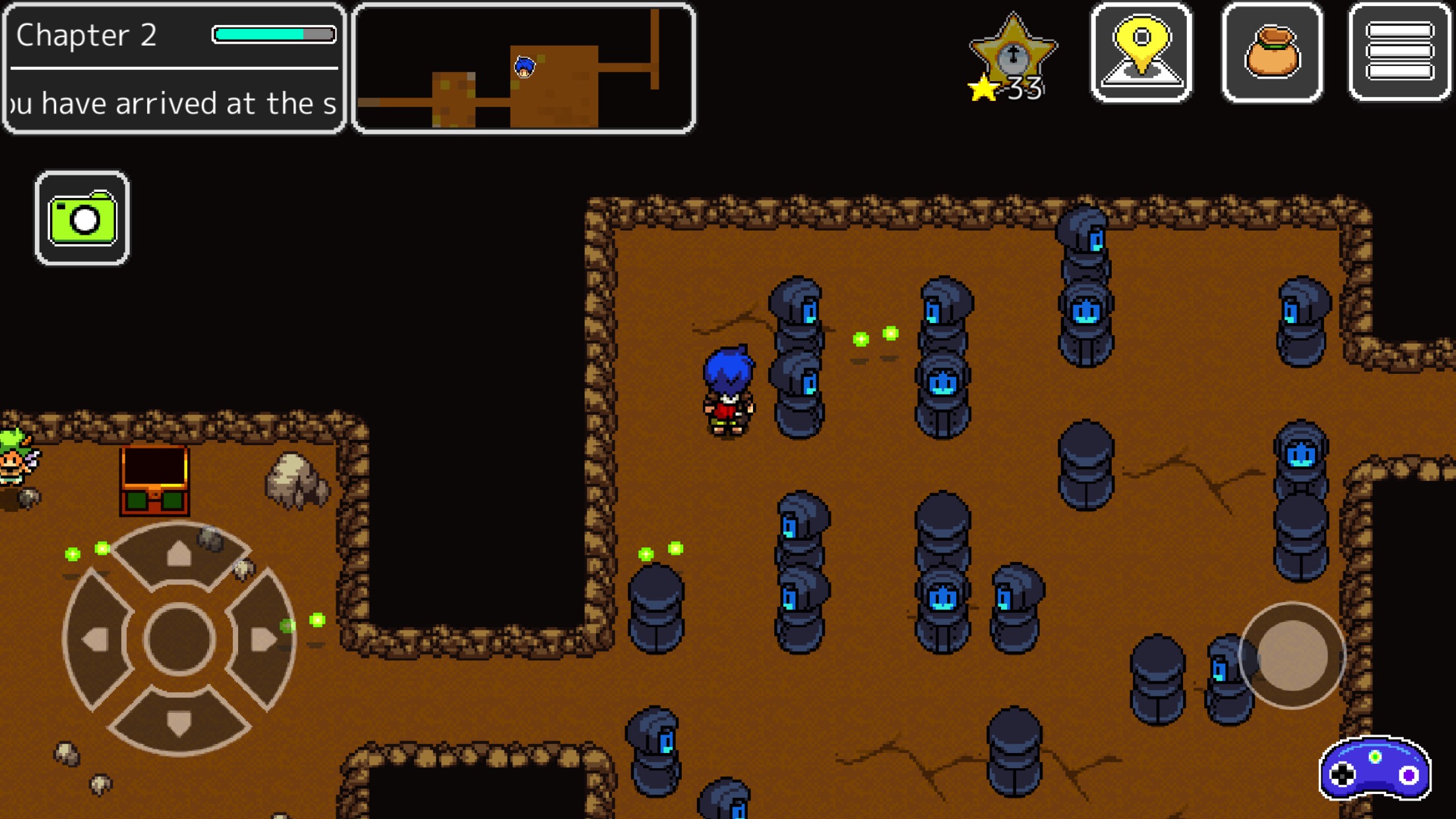 The story is similarly compact. Each chapter serves to introduce one of your party members, with the final chapter just consisting of the final dungeon. The overall plot comes through well enough, but there’s very little time for even the perfunctory characterization found in other Kemco RPGs. Archlion Saga aims for an ending with impact, but I can’t imagine any player being invested in the stakes with what little the game offers along the way. That’s not bad in and of itself, though. There are plenty of Kemco-published RPGs that have terrible stories that aren’t even worth paying attention to in the least. But if you’re not here for the story, you must be here for something else. The problem is that no matter what you come to a JRPG for, Archlion Saga offers only crumbs.

Now, I’ll grant that this is not the most painful RPG I’ve ever played, but it does make a solid run at being the most pointless. It’s a shame because it does have a few things going for it. The pixel art is really good, especially compared to Hit-Point’s earlier efforts for Kemco. I kind of like some of the ways they’ve made the game more accessible and could see these features being put to excellent use in a more fleshed out title. I also appreciate the fact that it isn’t padded out. Like, at all. Finally, the star system is pretty interesting. It’s a nice way of consolidating a number of items and functions, giving the developers some useful rewards to scatter around the dungeons in lieu of raw treasure. I get that this is something of an experiment for Kemco, so I hope they take the right lessons away from it and come back with something better.

Archlion Saga aims to solve a lot of the issues that people have with JRPGs, but it ends up being a little overzealous in its fat-trimming. Its careless slashing cuts just as many of the compelling aspects of the genre as does the annoying ones, leaving a bland and somewhat patronizing experience that isn’t likely to leave many satisfied. Instead of wasting 20 of your hours with drivel, it only wastes a few. If nothing else, I appreciate that. The idea of a mini RPG is a good one, and perhaps Kemco can find some gold in these hills with a bit more experimentation. Archlion Saga feels like a step along that road at best, and unless you really need a way to fill a few hours mindlessly, it’s one you can pass up on without much regret.