You don’t usually think of meditation and video games in the same thought. The serene calm you search for in meditation seems antithetical to the pulse pounding shooters or brain scratching puzzles or edge of your seat cinematic story books you find in most games. It seems to be a weird way to introduce a game, as one that does not drive the brain with sensory overload. But that is a core part of Ovivo‘s ($0.99) identity. So enough talking about what it isn’t and what it doesn’t do, because there is a lot of meat on the bone of this trimmed down gem.

The prime goal of Ovivo is a simple one, collect little dots and big pellets and get around obstacles that stand between you and the end of each level. The devil, as they say, is in the details. The game sports an unadorned interface but hidden within is a gravity flipping mechanic that also alternates what is considered foreground and background. Admittedly it is a little difficult to conceptualize without seeing it in action. If you watch the trailer down below here you might get a better idea. The only in game controls other than the gravity flip are left and right movement buttons. You’ll notice that the flip is what gives you momentum into making larger jumps and covering large distances. 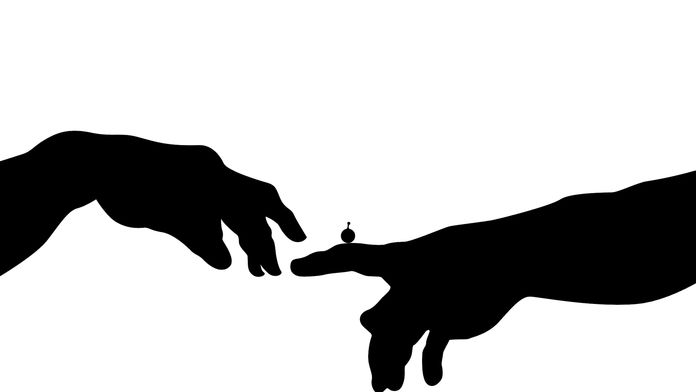 There are 30 levels in the game that are divided up into 10 worlds. Once you clear a world you get treated to a slow zoom out of the entire terrain which you traversed throughout that world. This is one of the coolest things about the game. You get to see your journey as a work of art and this feeling of accomplishment and beauty kind of mix together. Seeing your failures and successes from stage to stage placed in a larger work is poetic. While that sounds a little grandiose, it is important to realize that Ovivo side steps a capacity for being pretentious by virtue of being so minimalistic. There is no language and there is barely even a user interface so the only importance to the game is what you read into it. 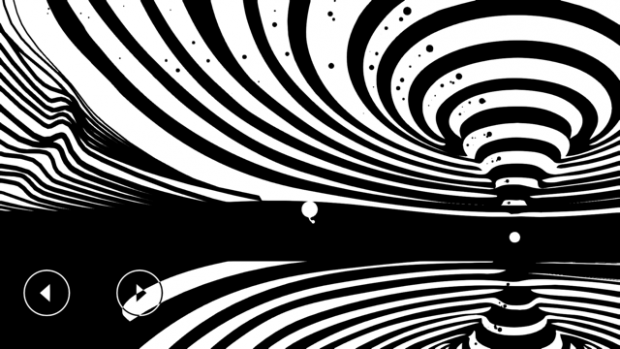 Really the only thing I can fault the game for is that the screen is locked to one side’s landscape view. With a single minor update to fix this I doubt highly I would be able to bring up any kind of quibbles or really feel wibbly bibbly at all about Ovivo. There is just no room for this game to give offense. At just under 190 megs the game has a pretty light footprint on your hard drive and even on my iPhone 6+ the game plays very fluidly.

I usually make my comparisons to other games in the first paragraph or two of my reviews, but I am leaving this one here at the end like a little easter egg for you dedicated platformer fans who can read an entire review. This game is very much like if the classic VVVVVV($2.99) and Data Wing(Free) had a colorblind baby. You have gravity flipping and no jump button and a non-standard visual style. The difference is where Ovivo is going to make a name for itself.

Whereas VVVVVV had gravity flips, it was also very geometrically square. Ovivo has these amazing levels that swirl and curve and bend and twist and it makes for hair-raising moments that might work in your favor but its really tough to know if they are feasible at all or not. The lack of 90 degree angles in this game really notches up the uncertainty and tempts you into going for moves or plays you might never have attempted in other games. Ovivo is a tantalizing, ambitious work of art both mechanically and visually. I guess there is a little bit of pulse pounding excitement in the meditation after all.