Blizzard Developer Peter Whalen had a sit down this afternoon with Frodan on Twitch to discuss the latest Hearthstone(Free) card reveals for the upcoming Witchwood expansion. There are some very thought provoking cards with this set of reveals including the one and only Legendary Hero card that the expansion will be releasing as well as some other big surprises. Without any more ado, I submit to you, today’s card roundup: 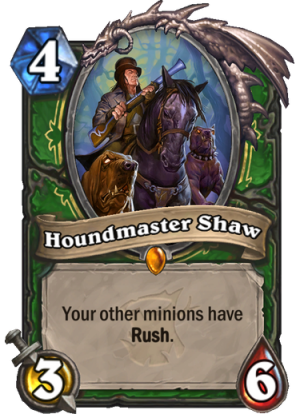 This is the mid-range or control Hunter version of Tundra Rhino. What makes this worthy of note is that the card is cheaper and it doesn’t care about the Beast tag like the Rhino does. Savannah Highmane and other six cost cards will love this and that all minions will be impacted means that this one should see a solid amount of play. 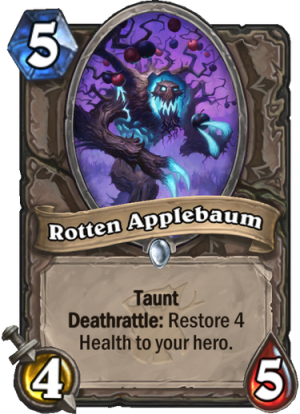 Rotten Applebaum:
This is a low impact minion that might find it’s way into a Nzoth deck or possibly as a tech card against face and aggro decks. Not every card in an expansion is going to be a game changer or a card that you build a deck around but this one is a fine example of cannon fodder with reasonable stats and cost. 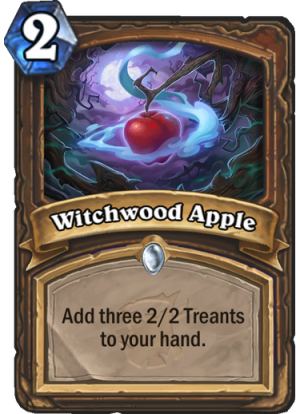 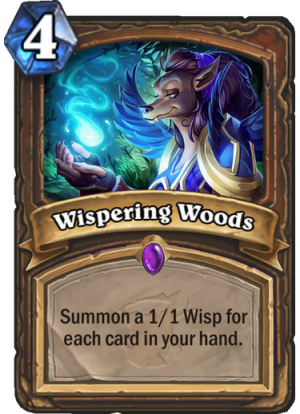 These two cards are hinting at a new type of deck for Druid and it seems very possible that hand Druid may indeed be on the horizon. There is some obvious Mountain Giant/Savage Roar synergy with the Apple. Of course all of Druid’s powerful card draw options making a 6/6 or 7/7 stat Whispering Wood a strong possibility. Whispering Wood makes the Apple strong enough that both may see general use across multiple builds but for sure the Wood will be a staple and one with a great big minion Druid flavor to it. 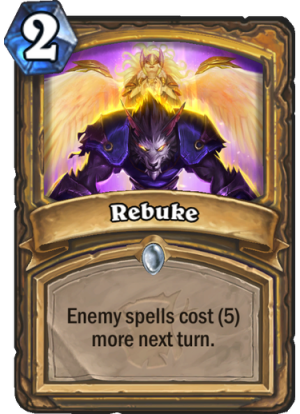 This is a very low cost card for the effect Loatheb used to be famous for. The real kicker is that because this is not a legendary, you can have two in your deck. Doubling up on this card in a single turn seems like a particularly inhibiting combo that will stretch board presence in a huge way. 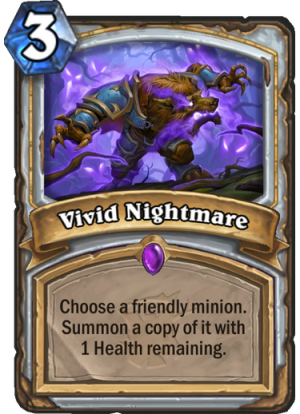 Lyra, Velen, and Ressurect all seem likely combos for this card. This is generally a really powerful low cost card that is actually really flavorful by prompting the Priest with a target for healing. 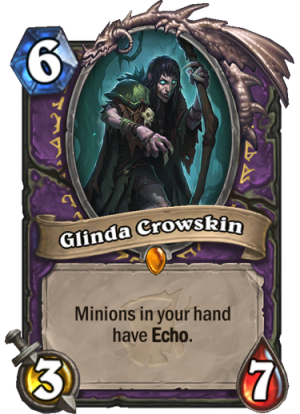 Giving every minion in your hand the new Echo mechanic is going to be frightening. It isn’t even worth trying to cover the wide ranging options you might have with this card but with 0, 1 and 2 cost cards you’ll have the ability to make immediate use of the ability before she can be removed. With a single wisp in your hand Glinda becomes a 6 mana cost 9/13 value. Heaven help your opponent if this lady doesn’t get wiped off the board fast. 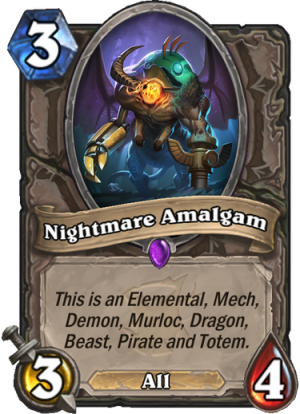 This is another low impact staple very much like Rotten Applebaum except that it is going to very likely become ubiquitous. Dev Peter Whalen said, “We wanted a neutral totem and had to stretch to make one." The art for this thing is amazing as every tribe tag is represented in it’s shambling form. This is a card that won’t dominate the meta nor will it be a power card that gets a deck built around it. It’s hard to imagine that it will not be popular just for it’s wide ranging applicability. 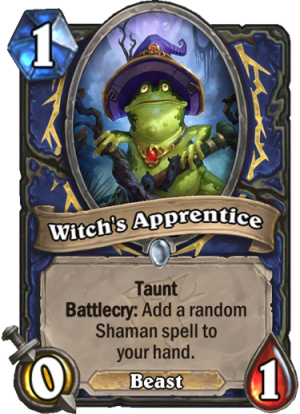 The Babbling Book was a hit with many Mage decks featuring it and Witch’s Apprentice is the Shaman’s turn to turn up the RNG. While the shaman spell selection is different than Mage, there is a lot of removal that can be effective late game and the Taunt on this minion should not be ignored. 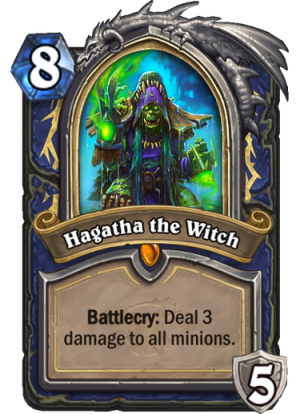 Did I say RNG? Yeah, it’s now going to be cranked up to 11 with Hagatha. Your hero power becomes a passive that adds a random shaman spell to your hand after you play any minion. This is only the second passive hero power introduced to the game and this is a great card that seems like it will be capable of some amazing plays maybe even catapulting Shaman back into a position of power it has not been familiar with recently.

So that is all the reveals from earlier today. Make sure you tune back in with us as we share more reveals as some community reveals are scheduled to start as soon as tomorrow!