Alt Shift is working on a promising title called Crying Suns, a tactical, roguelike-inspired game that draws heavy inspiration from FTL ($9.99), Dune, and Isaac Asimov’s Foundation, while also featuring a story focus. The galactic empire has fallen, space has fallen into chaos, and humanity is near its ruin. The OMNIs, powerful robots, have shut down. You play as a clone of Admiral Ellys Idaho, awakening on the planet Gehenna by the last OMNI, Kaliban. You’ll be exploring a procedurally-generated universe, fighting other battleships and squadrons, while trying to discover just when and where everything went wrong for humanity. 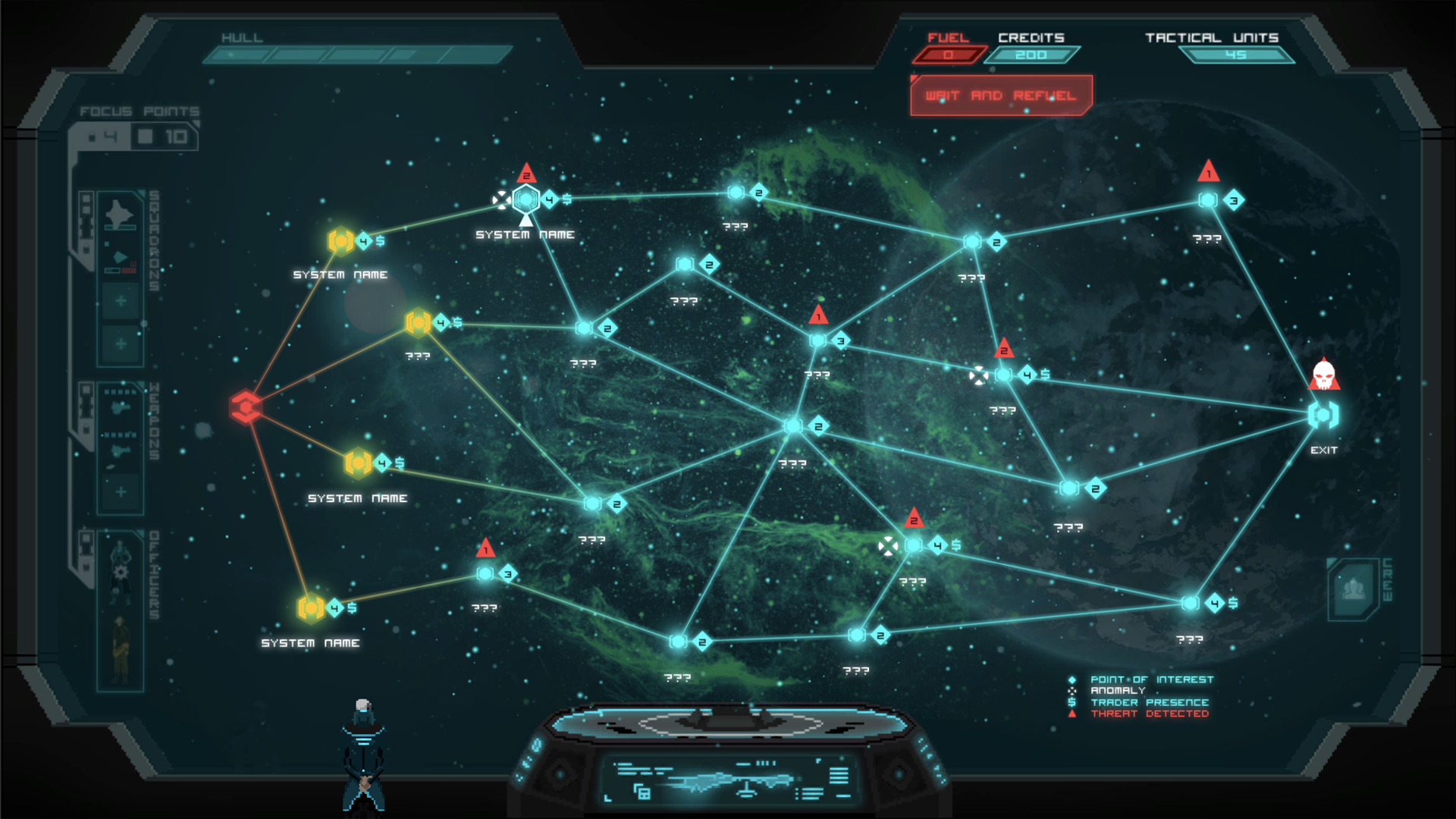 The game is still in active development, and some elements are still being explored by the team. Human brains in robots? Hmm, sounds fun:

While the game has a dark pixel art scheme going for it, don’t be surprised when you see three-dimensional special effects come into play. Gameplay specifics are light at the moment, but expect tactical spaceship battles in the vein of FTL, and a brutal level of difficulty from the experience.

The developers are running a Twitter account with loads of art, and even taking feedback on certain decisions, so if you are intrigued by this game and want to keep track of its development and leave your feedback, check out their Twitter account. The developers say this one will hit Steam and iPad in late 2018, so keep an eye out for this intriguing space roguelike.