For many years, mobile gamers dreamed the impossible dream of having Nintendo games on their platform of choice. When that dream finally, improbably, came true, it didn’t come in the form that many of those players had hoped for. There are a lot of factors to consider when thinking about why Nintendo’s mobile efforts are what they are, but regardless of the why, the fact remains that they’re not quite the same as what the company puts out on its own hardware. Well, HAL Laboratory isn’t Nintendo, but they’re quite close in a lot of ways. If you were one of those people looking for a Nintendo-like experience on your mobile device, you may find that HAL’s latest release, Part Time UFO ($3.99), scratches the itch nicely.

HAL Laboratory did have a life before Nintendo, primarily making games for computers such as the Commodore VIC-20 and the MSX. But it’s best known for its work that came out of its partnership with the console giant. Games like Kirby’s Dream Land, EarthBound, Super Smash Bros., and Pokemon Snap were all developed hand-in-hand with Nintendo, and wunderkind programmer and once-head of HAL Laboratory, Satoru Iwata, eventually became Nintendo’s president. It’s a little strange to see HAL doing work on non-Nintendo platforms again, but I suppose if even Nintendo itself is doing it, it’s not that strange. 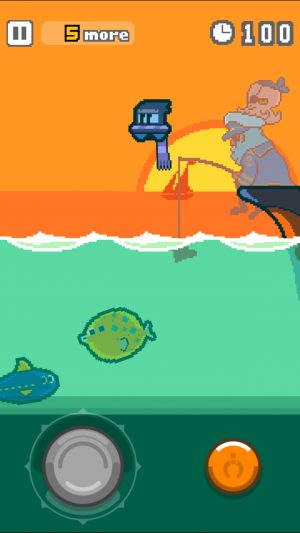 Most of HAL’s games since Kirby have involved the little pink puffball, but the developer has made the occasional original title here and there. On the Nintendo 3DS, they created a trilogy of great puzzle-platformers called BoxBoy!. It’s those games that come to mind when playing Part Time UFO, and not just because their star Qbby makes a little cameo. Both BoxBoy! and Part Time UFO involve taking a relatively simple, familiar gameplay mechanic and exploring it fully. In BoxBoy!, that was the old video game staple of box puzzles. In Part Time UFO, it’s about taking the idea of a crane catcher in as many interesting directions as possible. You play as a little UFO who has come to Earth and already fallen to the scourge of accumulating wealth.

In order to make ends meet, our little UFO has to take on a variety of part-time jobs. Like any of us, the UFO has to try to make do with his current skill set. Fortunately for our hero, it has something a little more useful than an undergraduate degree in the arts. Not only can it fly up, down, and all around, it also has a pretty handy claw that it can use to pick things up and drop them. But how many different kinds of jobs can you do with that? Well, as it turns out, there’s fishing, loading trucks, helping cheerleaders with their pyramids, assisting with circus performances, being a sous-chef, and many others. What can’t this UFO do? Besides picking its nose, anyway.

Each stage presents a certain scenario similar to the ones I’ve outlined above. The game will give you a primary goal, which typically (but not always) involves picking up a few things and putting them in a designated place. There are also three hidden goals, and you don’t get much more than a simple picture to clue you into their requirements. But clue in you must, because the only way to unlock new stages is to check off these hidden goals. Some of them are practically gimmes, like finishing the stage in a set amount of time. Others involve careful observation of the stage elements or a genuine show of skill. Between the varying main goals and the numerous hidden goals, Part Time UFO stays fresh a lot longer than you might expect. 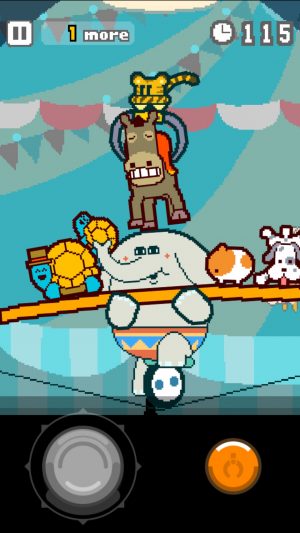 Whether you find the hidden goals or not, you’ll still get paid for your work at the end of each stage. Your hard-earned wages can be used to buy new costumes for the UFO, and they’re more than mere cosmetics. Well, some of them are, anyway. New costumes will often grant some sort of advantage to the UFO, allowing it to move faster, pick up heavy objects more easily, and so on. There are quite a few costumes available, so you’ll probably be unlocking them for a while. The nice thing is that you never really need any of these costumes to succeed. They’re useful, but not required. Oh, and if you should see a certain little fellow from one of HAL’s 3DS games show up in the UFO’s apartment, make sure you tap on him.

All of this would be for naught if the core gameplay didn’t work, mind you. Luckily, HAL has done a great job of making these crane controls feel good. There are two different control layouts available. The default set uses a virtual stick to move the UFO and a button to engage or disengage the claw. The other, designed for one-handed play, has you swiping to move the UFO and tapping to drop and raise its claw. Both work well, though I’ve tended to stick to the first set-up for its more precise nature. This UFO catcher is thankfully kinder than the real things. The weight and balance of the objects you pick up is of course taken into account, but the grip of your claw is better than you would expect rather than worse. Most of the nuance comes from how you pick things up, in what order you grab them, and how you drop them. If you aren’t careful stacking monkeys, for example, the whole lot may come tumbling down.

Surprisingly, Part Time UFO is a paid up-front app with no IAPs at all. The irony of HAL taking inspiration from an exploitative style of game to make a satisfying game with no extra money required on a platform where the reverse is all to often true is not lost on me. You don’t have to side-eye any of the shop prices or goal requirements because you know that there is no other way to proceed than simply playing and improving. I doubt HAL is going to be rewarded for this somewhat bold move, but it’s still nice to see in a time where original mobile experiences without a coin slot attached are getting rarer and rarer. 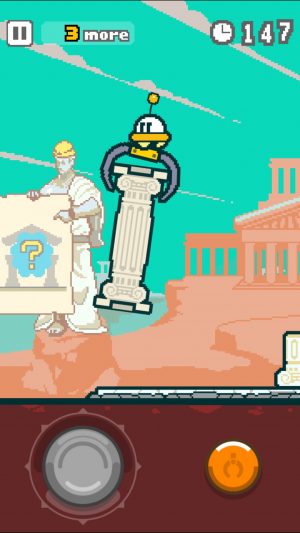 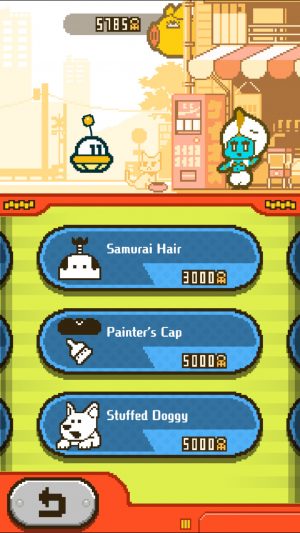 Naturally, the presentation is dynamite. It’s adorable, packed with little details and animations, and maintains a consistent look across all of its elements. There are quite a few different areas spread across the game’s 25+ stages, and even when those broad themes get re-used, there will always be a few new details to show that the stage had some loving care put into it. The game’s main musical theme is catchy and is remixed in various ways to suit the different levels, too. The developers have also included Game Center support for achievements and included a nice little list of things to shoot for, some of which involve wearing appropriate costumes to certain stages. From top to bottom, this feels like the same kind of effort HAL would put into one of their games for Nintendo’s platforms.

The only remotely negative thing I can say about Part Time UFO is that it does end eventually. You’ll probably need to replay many of the stages to finish all of the hidden goals, but sooner or later those 25+ stages will be exhausted and all of the costumes will be unlocked. I think the enjoyable mechanics make it fun to go back to levels and see what kind of different results you can get, but some might be turned off by a paid game that you can play through in just a few hours of dedicated play. If that’s you, well, with all due respect, you can go kick rocks. Part Time UFO is great, and I hope this isn’t just a one-shot effort from HAL.