Are you ready to get down with the spear god in Lichtspeer ($3.99)? Noodlecake helped port Lichthund’s spear-tossing action game to iOS, where it finally belongs. I mean, we’ve been training for this kind of game for years with all the physics puzzlers about launching stuff out there. I’m ready and primed for this. Which is good, because this game is quite challenging, but it feels so good to take out hundreds of dudes with a light spear in a uniquely-themed world. You stand alone, launching spears at hordes of enemies that just keep coming, facing off in the occasional boss battle. Expect to leave plenty of bloody, spear-ridden corpses in your wake.

Lichtspeer‘s theme is a unique combination of 1980s lasers and neon with…Germanic themes? You’re summoned by an ancient Germanic god to launch your spear of light at endless hordes of enemies across landscapes including desert temples for his amusement. The game is incredibly ridiculous, and the faux-German text littering the game, along with the German names you have to give your character, provides the whole experience a unique flavor. I also like the Lichtspeer death counter: your character name keeps increasing in Roman numerals depending on how many times you die, so you could be Helmut CXXVI, for example. It’s a subtle but funny thing that goes a long way to help out with the theme of the game. Oh, and the currency you earn, Licht Standard Denomination, is just so coincidentally acronym’d LSD. Hmm. The whole game is goofy…yet grand, in the way that you have to deal with pirate vikings and hipster ice giants. 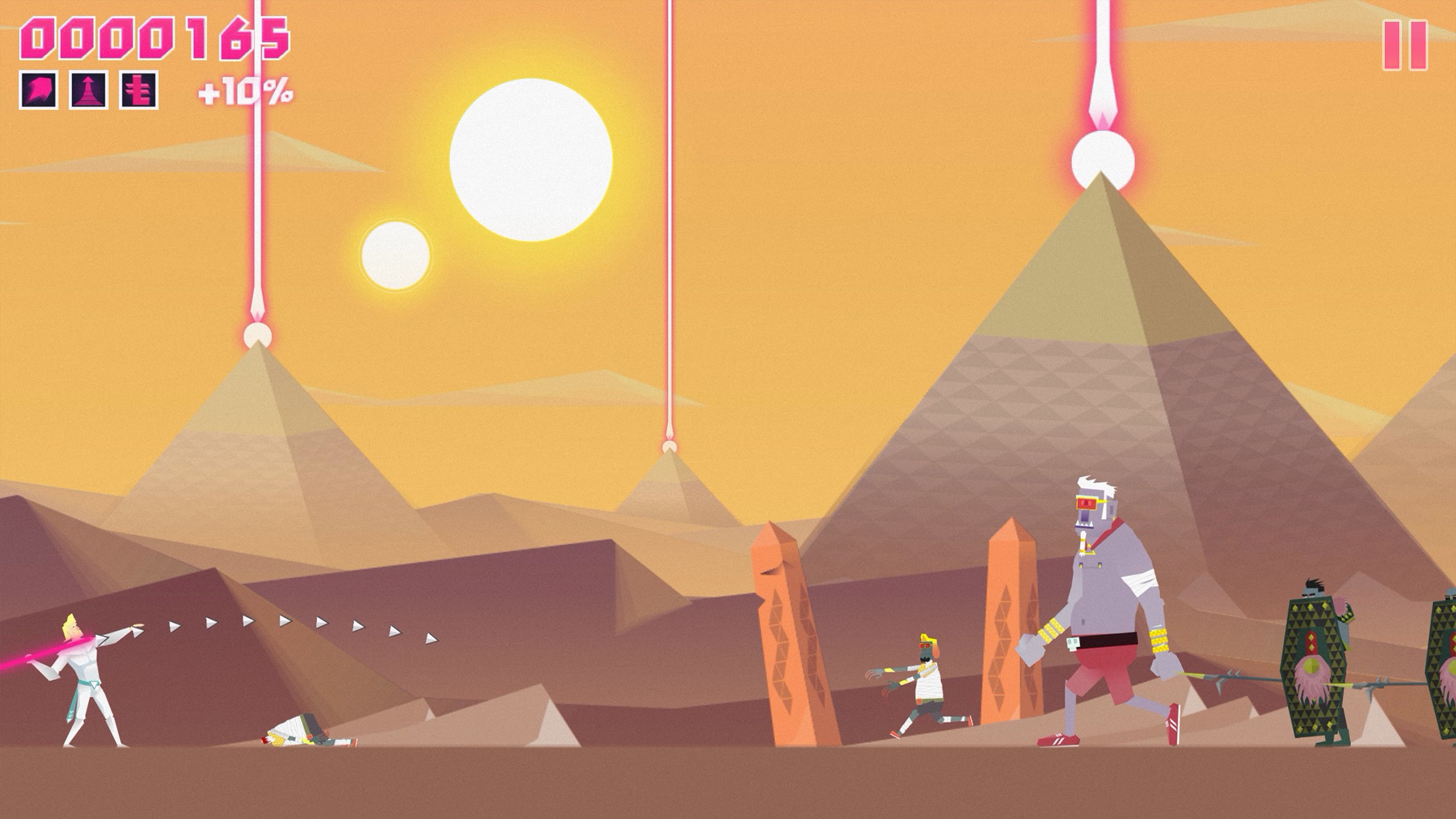 Yet, the game means serious business. You need to have a lot of patience in order to do well at Lichtspeer. You have to contend with the parabolic physics of your spear, and some enemies have tight windows where you can hit them, or armor that means you can only headshot them. Different environmental hazards pop up, such as lasers that need to be deactivated by hitting a switch. Some enemies man spear guns, and you need to destroy them before they can get their aim down right and hit you. Each level does have multiple stages, but when one failure in a minute-or-two time frame that the game provides will kill you quickly, then you’ll have to restart that stage. A slightly off-kilter angle can doom you.

Lichtspeer does reward the player for doing rather well. Continually racking up headshots, quick kills, and long-range shots means that players can run up the points multiplier and the style percentage at the end of each level. I don’t know if it’s plausible to get a 100% style bonus, but if you want to do it, be my guest! The game makes sure that just killing an enemy is okay, but getting headshots and specialized kills, that just feels great. 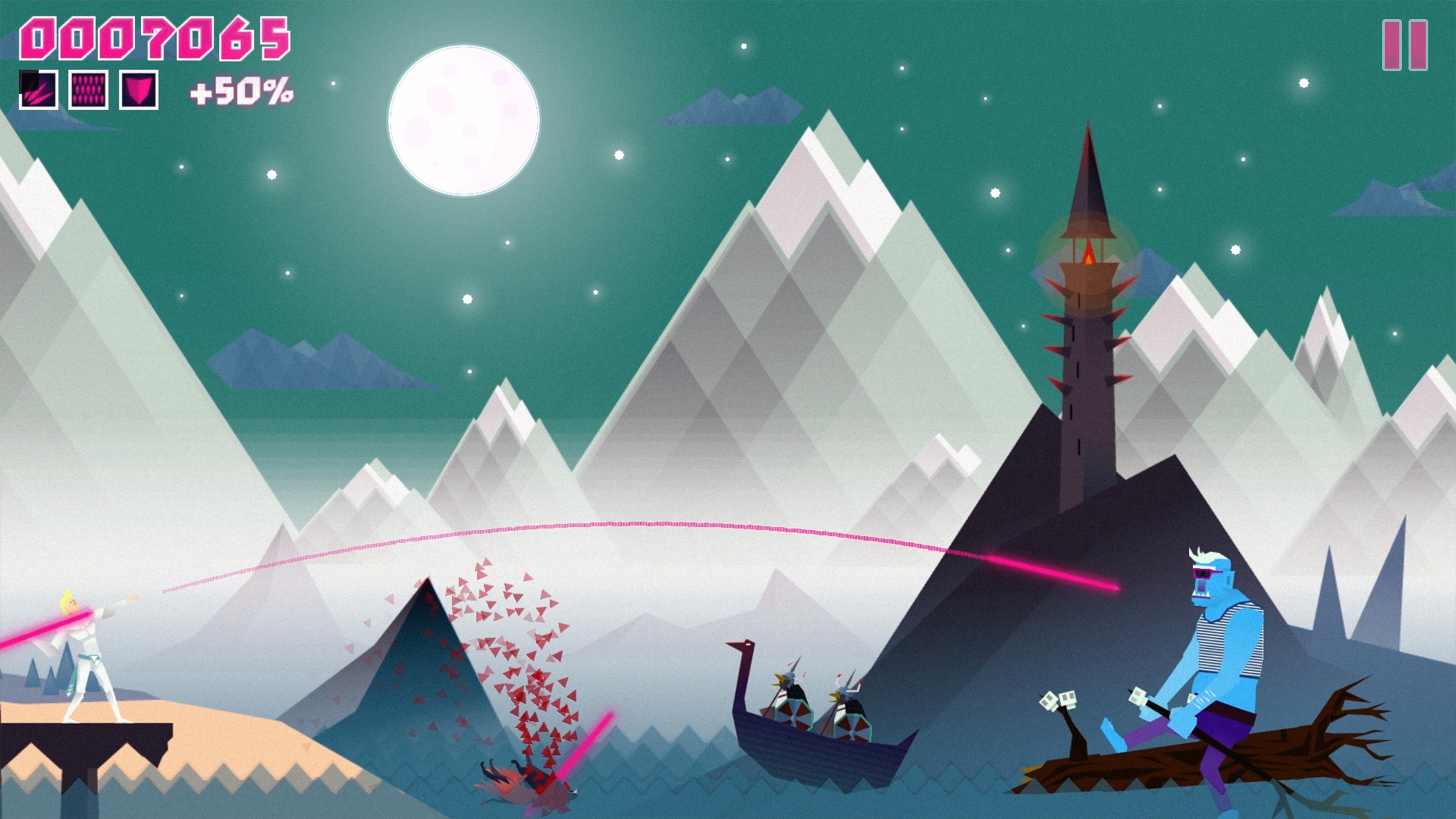 The game is level-based, which perhaps is because of its nature as a console/PC title, as if it was mobile-first it would probably be more of an endless-style game. Which would be a great mode to have here! However, this does mean that the game can steadily let you learn how the controls work and introduce new enemy types, before they all start to stack up and give you a real test. There are no game overs, so when you die you just restart at the beginning of that stage, though it can be frustrating when that happens.

Lichtspeer‘s concept at its heart is really fun, but the game really shines when it starts to throw wrinkles into the equation. The touch controls make fending off enemies from both sides of the screen a bit tricky, but it’s still just a really cool scenario that feels rewarding to defeat. The enemies that detonate when you hit them a certain way make for fun targets. 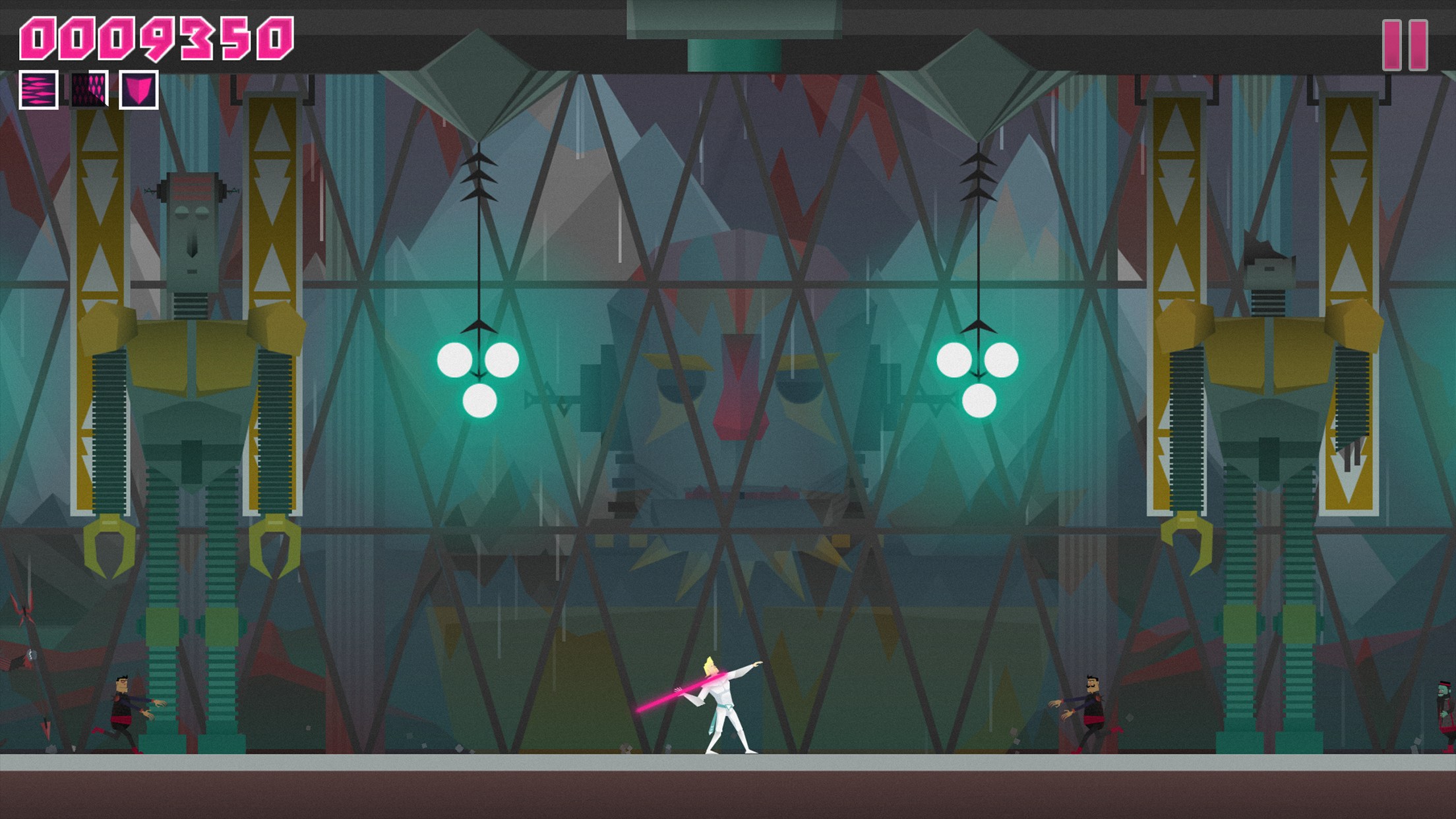 When I first heard of Lichtspeer, it seemed like the ideal game for touch. Interestingly, it doesn’t use the controls I was expecting, slingshot-style like Angry Birds, but instead having you aim forward with your finger. You can wind up blocking off part of the screen with your finger, unfortunately. Also, aiming upwards, especially when you need to do it quickly against some enemies and bosses, is rather tough. The charge time to launch a spear is where much of the control weirdness will come in. It’s tough to quickly launch off a spear as you have to charge it up to get any kind of distance on it. You will frequently run into issues where you’ll need to quickly launch a spear to take out an enemy right about to hit you…but you won’t be able to launch it off. Better to use one of your abilities. I occasionally manage to accidentally trigger some of my abilities, such as the shield in particular when I’m trying to just launch a spear, or the kinda-phallic Lichtray when I’m trying to aim forward.

Ultimately, I’m curious to pick this up on Switch just to see how the game works with joystick controls instead, because the touch controls feel unnaturally difficult to deal with at times. Using a button and a stick might actually work better? Or perhaps using a mouse on PC would be most ideal. I imagine the game’s level layouts would require some tweaking in order to work with slingshot-style controls, but I’d like to see it in a future update.

Lichtspeer comes with a solid amount of content. The 13 levels alone for $3.99 would be worth it, but there are multiple difficulties to play after that, not to mention the quest for gold medals on each level. If you preordered for $1.99, you’re a freaking genius. The developers estimate about 4-6 hours, and that sounds about accurate. There isn’t an endless mode, though this would be perfect for mobile in particular. If you like replaying existing content to maximize your performance, then you’ll get a ton of fun out of Lichtspeer. Its difficulty and control frustrations mean this is only for patient players, overall Lichtspeer is a goofy good time.