Atari announced this week that they’re resurrecting their 1976 arcade racer Night Driver as a “free-to-play, fast-paced endless driver jammed full with excitement and speed" launching for both iOS and Android devices. Gamers of a certain vintage may recognize the name Night Driver right away, but if you’re like me this is one Atari game that just doesn’t ring a bell. Apparently it was the first or among the first racing titles to use a behind-the-car view with the racing track rushing towards the screen. Here is a nice video of the original arcade version. The mobile version, as you might imagine given how many of these mobile revivals from big companies have gone over the years, the new Night Driver has very little in common with the original. Here’s a teaser trailer.

That trailer doesn’t do a very good job of showing what the new Night Driver is actually like. It’s a behind-the-car racer with one-button controls that’s somewhat reminiscent to SMG Studio’s Thumb Drift (Free). Press and hold the screen to accelerate and drag your thumb left or right to turn. Also while holding the screen you can swipe downwards to enable the drifting mechanic which is essential in some of the game’s tight curves. It’s not quite as polished of an experience as Thumb Drift, but after inverting the steering in the options screen and giving the game a bit of time the mechanics finally started to feel right after initially feeling very clunky.

Two types of in-game currencies will go towards a plethora of unlockable vehicles and upgrade items. It seems like a pretty typical free to play grinder, and thankfully I have yet to see any sort of energy mechanic. There are timers for upgrades though, which of course you can speed up using currency. There’s also a Classic mode which unlocks after leveling up a one star vehicle to two stars, which I have yet to do but I’m curious if it’s a version of the original arcade game or something. Maybe a skin for the normal game using those fancy 1976 graphics? 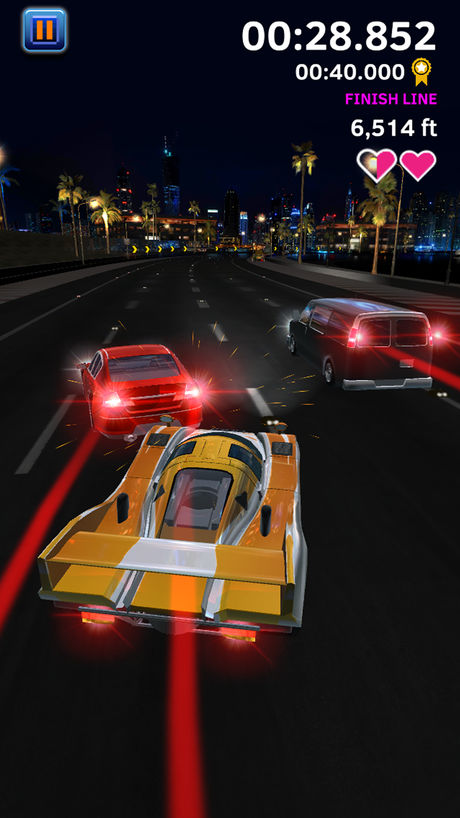 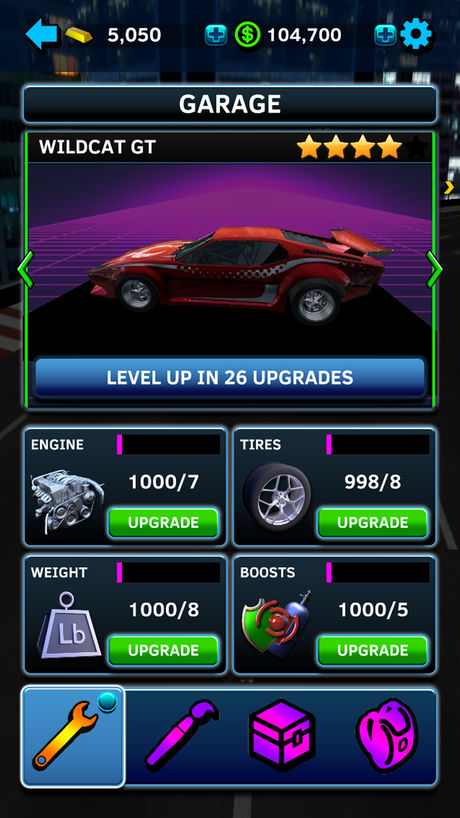 Overall the new Night Driver probably won’t set the world on fire, but it seems like a decent one-thumb racing game with some nice graphics and a cool roster of race cars. There’s no release date yet for the game, but it is soft-launched in Canada on both iOS and Android, so if you’re anxious to see the new coat of paint Atari put on this classic title then grab it from the Canadian App Store using the link below and share your thoughts about the game in our forums. Otherwise look for the worldwide launch of Night Driver at some point later this year.