Who would have thought that Psyonix, the people who released the awesome Star Fox-esque on-rails shooter ARC Squadron on iOS more than five years ago, would go on to create one of the most popular multiplayer games in the world. Yes Rocket League, the giant-soccer-played-with-cars game which feels like it’s on every single platform BUT mobile, is a bonafide smash hit. Now Psyonix is looking to build off their partnership with Mattel and their Hot Wheels brand that saw Hot Wheels cars and cosmetic items added into the game early last year. This time around they’re bringing things out of the digital world and into the real world with a Rocket League branded RC car set and play arena. Here’s a mockup of what that might look like. 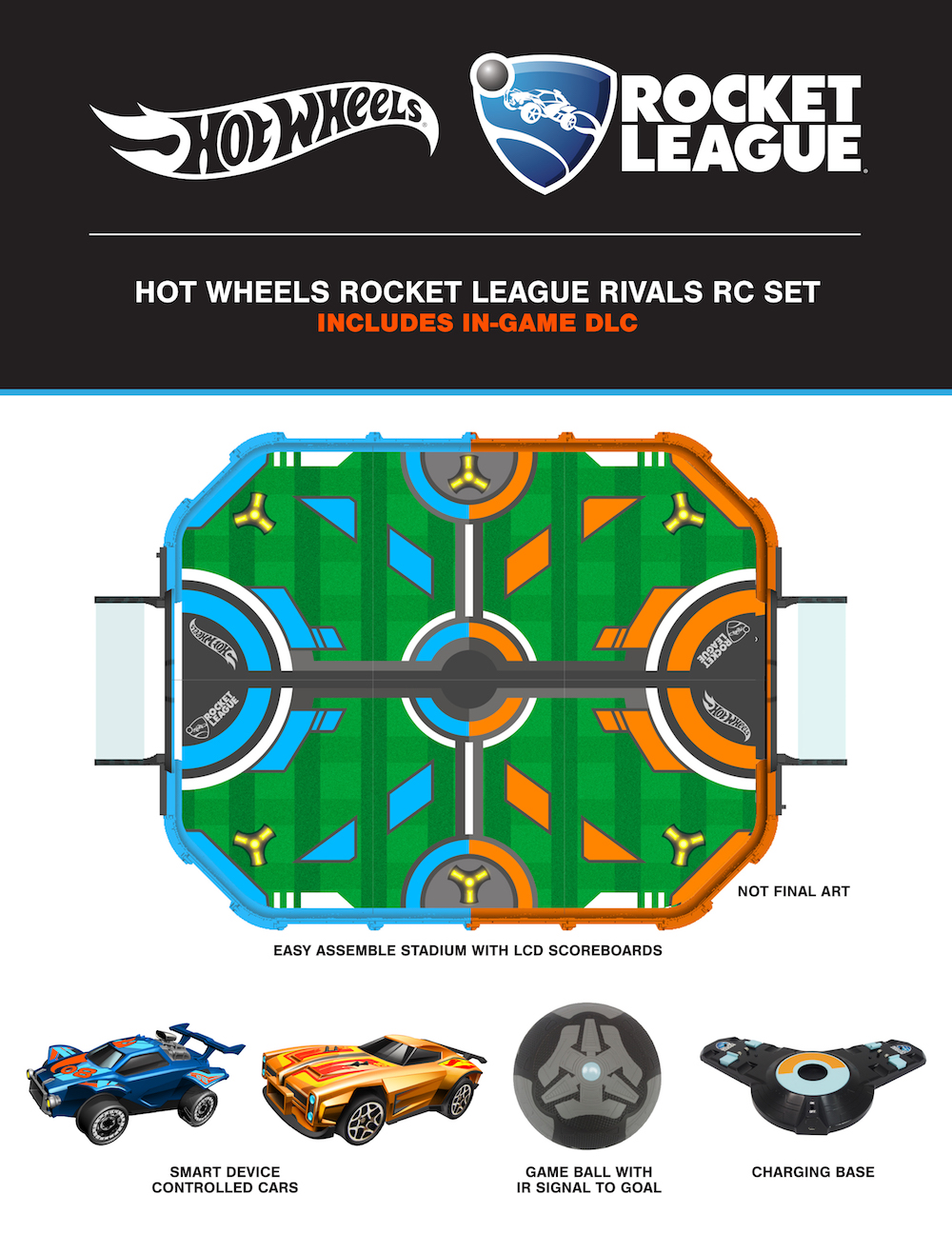 So if Rocket League isn’t on mobile why am I talking about this here? Because those little RC cars will be controlled via Bluetooth using your smartphone or tablet. The set will include a little charging base for charging each vehicle as well as a ball equipped with IR sensors so it can keep track of the score whenever it’s knocked into one of the goals. Honestly I just want the cars to drive around with using my iPhone, but mimicking the arena of Rocket League is pretty cool too. It’s not going to come cheap though, as the set, which is officially called the Hot Wheels Rocket League RC Rivals Set, will cost $179.99 when it arrives this holiday season. In addition, the set will include codes for downloading special in-game items in Rocket League, so that’s some added value I guess?

The set will be shown off this weekend during the New York Toy Fair 2018 so I’m hoping to see what the actual cars are like in action. What do you think, too rich for your blood? Or do you love Rocket League enough that you’ve gotta have it no matter the price?