Phew, what a mess that all turned out to be, right? The rule of the App Store, especially around Christmas, is that nothing is truly off the table. Even the media can be caught off-guard with surprise releases that weren’t even whispered at before. But sometimes when things look too good to be true, they are. That was the case when an incredibly high-effort unauthorized fake of Cuphead appeared a few days ago out of nowhere. The high profile nature of the game had a lot of people wondering how it had managed to slip through Apple’s approval process and asking a lot of questions about what the company should do about this sort of thing.

Now, normally when this kind of thing happens, Apple will easily accept refund requests. But the key is that you have to request the refund, a process that many customers aren’t all that familiar with. This time around, perhaps due to the unusual amount of attention this impostor app received, Apple is doing something I don’t think I’ve ever seen them do before. When I woke up this morning, I did my usual email check. Surprisingly, there was an email from Apple telling me that they were automatically refunding me for my purchase of Cuphead. They mentioned that the app had been pulled from the App Store and were sorry for the inconvenience. I had not requested a refund as of yet, either. I know of at least a few others in my social circles that got a similar note, so it doesn’t seem like a specific offer. 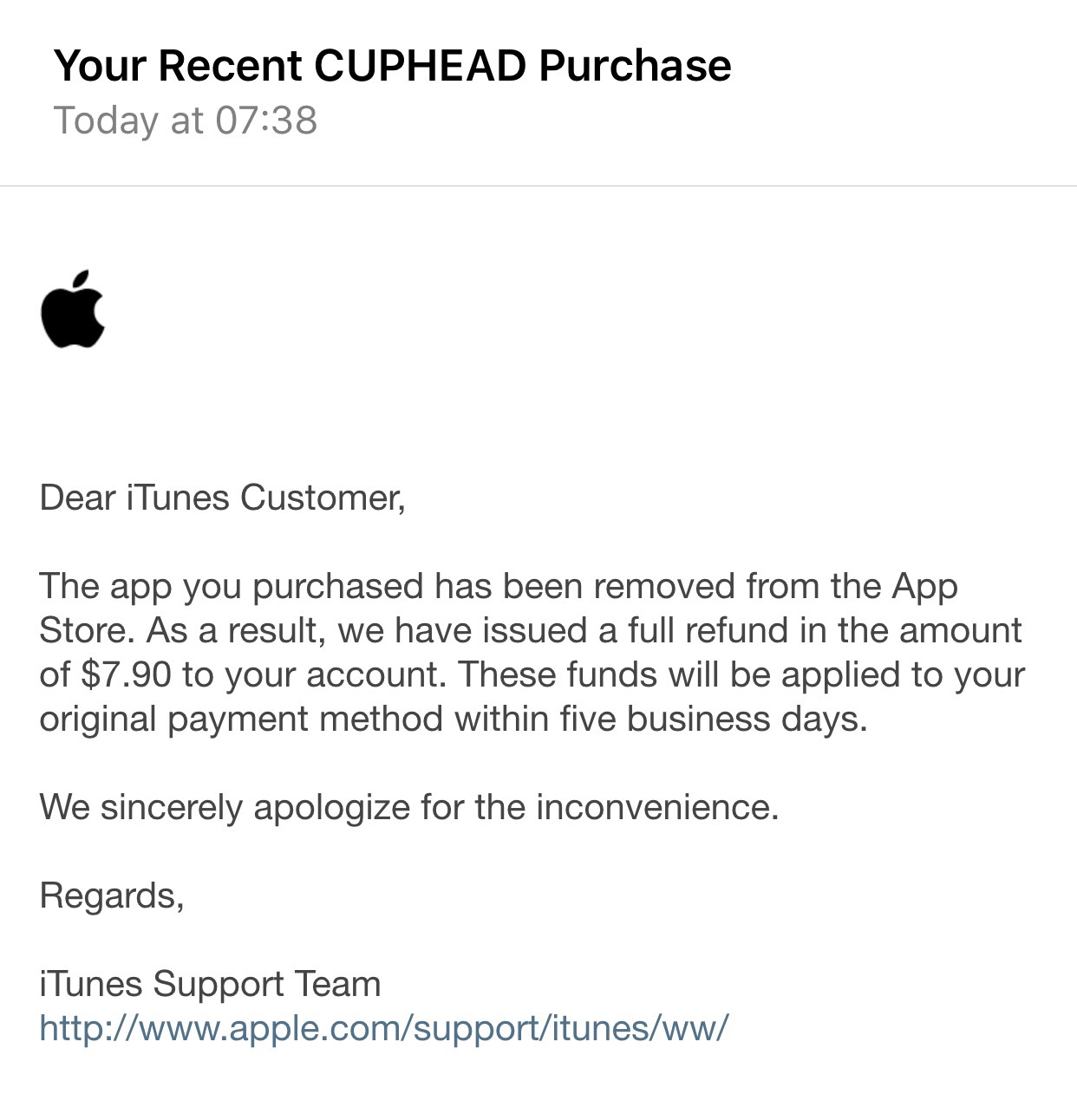 Is this the start of a new policy at Apple, or just a way of putting out a slightly more embarrassing fire than usual? Whatever the case, it looks like whether or not you wanted a refund for the curiously elaborate imitator, you’re probably getting one. It’s a great move from Apple and honestly more than I think any of us was expecting them to do. Now go out and spend that newly-found money on some sale-priced apps!