Being a series that has traded as much on story and dialogue as anything else, Ace Attorney has been able to get impressive mileage out of using the same basic structure for more than 15 years. The biggest change the formula has seen came with the 2009 arrival of the first official spin-off title in the franchise, Ace Attorney Investigations: Miles Edgeworth ($0.99). Following Phoenix Wright’s rival and sometimes-ally, Prosecutor Miles Edgeworth, the game virtually abandoned the courtroom in favor of focusing on the investigations themselves. Taking a form similar to a point-and-click adventure, fans of the series got to enjoy a whole new perspective on familiar characters and locations. The game did well enough to earn a sequel, but that game went unlocalized due to how late it arrived in the Nintendo DS’s lifespan. With the main series picking up again on the 3DS, most fans assumed we had seen the last of Ace Attorney Investigations. 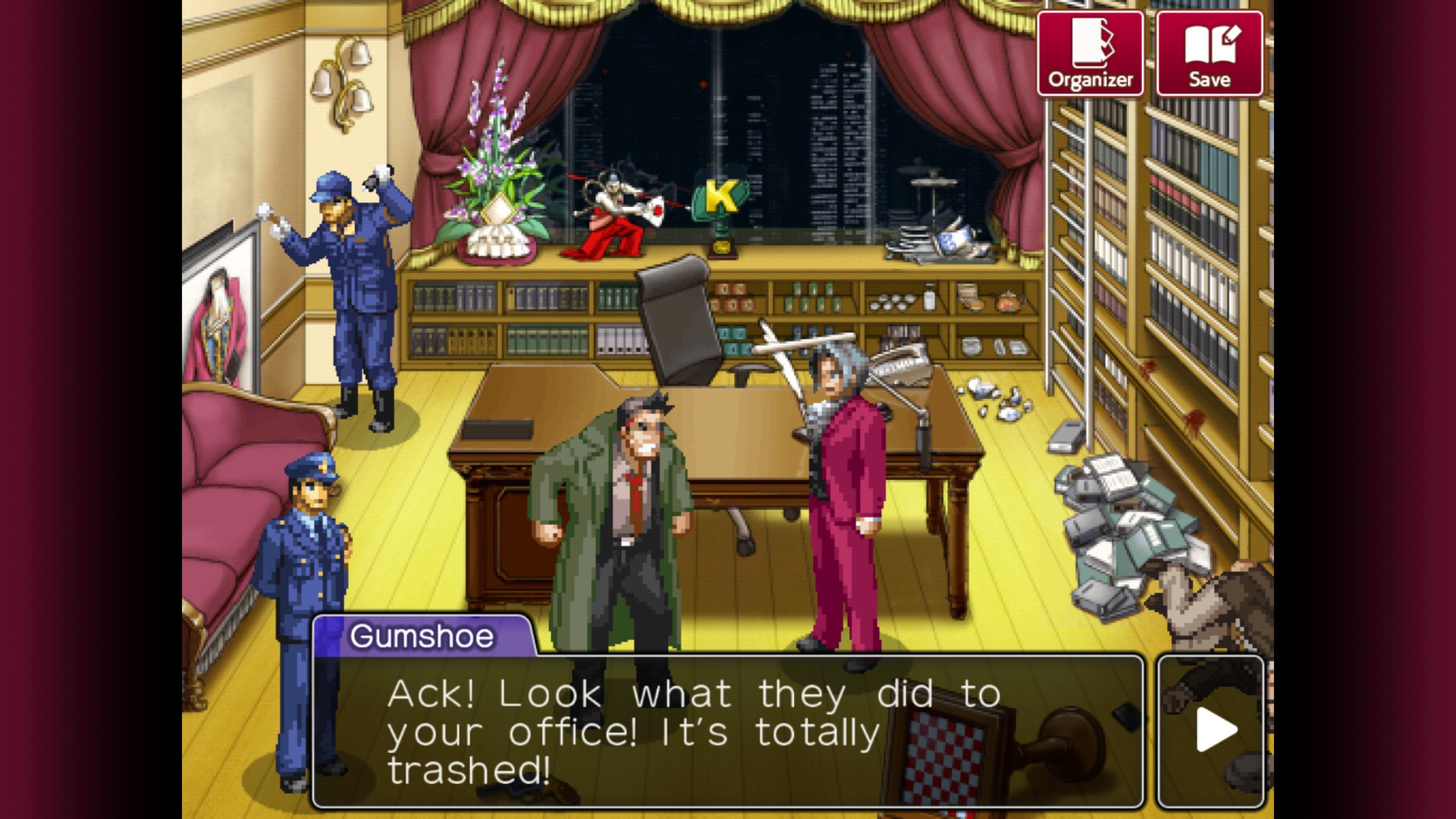 Capcom has been pretty aggressive about getting as many of the Ace Attorney games as possible onto mobile platforms of late, though, and it seems that’s not limited to the main games. Thus, Ace Attorney Investigations has another chance at impressing English fans, this time on a platform in a slightly healthier point of its life. This is an enhanced port of the original Nintendo DS game, with high-resolution backgrounds and character art. The pixel art used for the character sprites is also sharper, but still retains its slightly lower-res look, resulting in a slight clash between characters and the backgrounds that some might find jarring. The controls have been adapted for mobile inputs, though given the game’s roots as a primarily touch-based Nintendo DS game, that really just amounts to re-arranging a few UI elements. It works quite well. 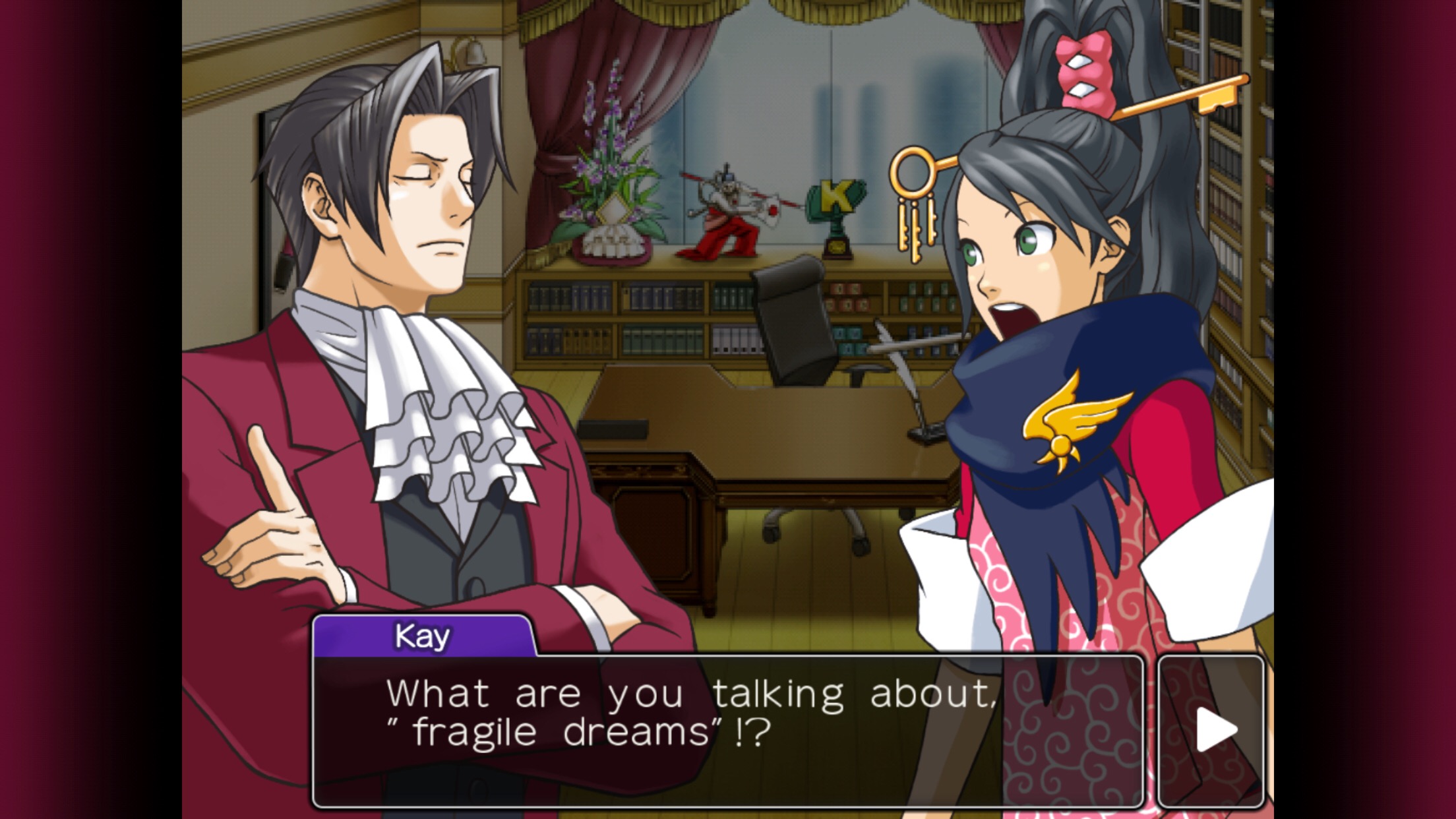 The game is sold in a similar style to the other recent Ace Attorney releases. The first episode is included in the initial download, with subsequent episodes available as IAP either a la carte or in one big bundle. This game has never been re-released before now, so it’s nice to be able to grab it for a reasonable price and play it on modern hardware. A heads-up, however: while the game fully supports iOS 11, at the time of this writing the game does not have proper support for the new iPhone X screen. That will likely be quickly addressed in an update, but as of right now, iPhone X users may want to hold off. 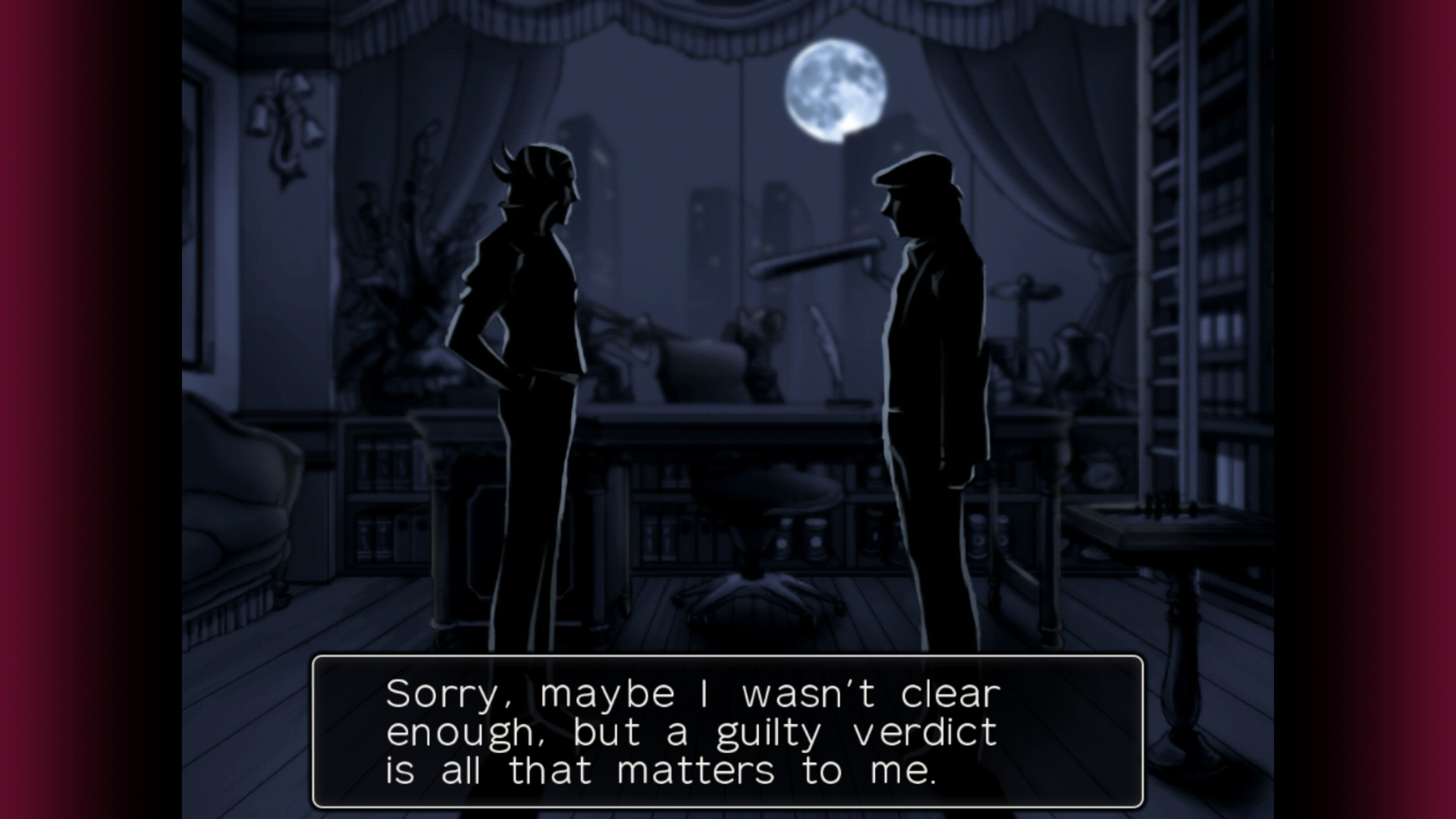 As for the game itself, you’ll be doing a lot of the same things you do in the other Ace Attorney games, albeit in a somewhat different order from what you may be used to. You’ll need to examine crime scenes, search for evidence, and gather information. Edgeworth uses logic rather than any kind of supernatural tricks, which in gameplay terms means connecting together pieces of evidence to form new conclusions. You’ll eventually meet a sidekick who has a special gadget you can use to re-create crime scenes, too. You’ll need to use your evidence and conclusions to point out contradictions in arguments with key witnesses and suspects, just as in the other games in the series. The key difference here is that these activities aren’t divided into discrete sections. You’ll gather evidence and clues, argue with people hanging around the scene, get access to new hints and information, and so on. 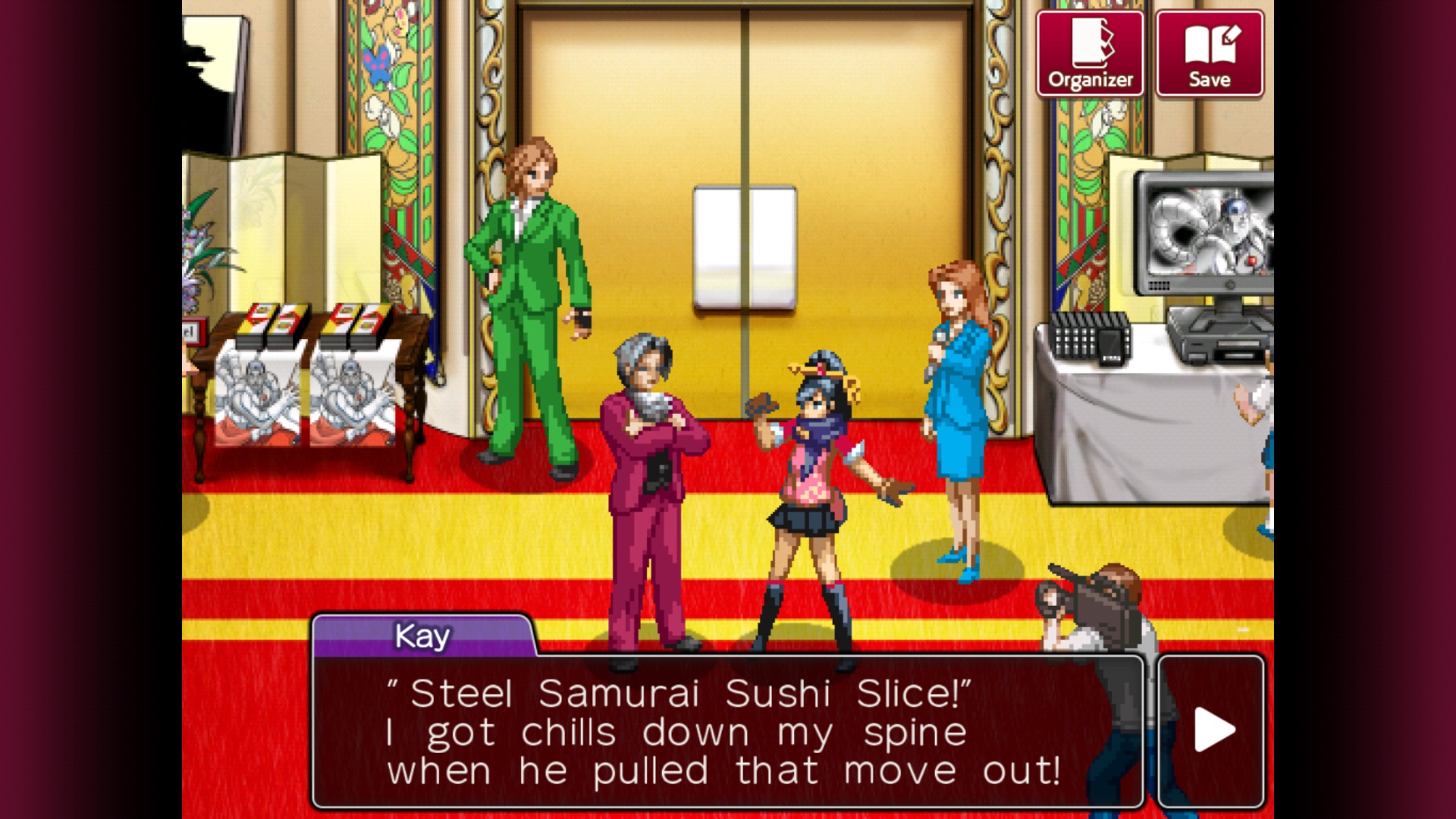 The result feels refreshing even if the shift from the stricter pacing of the regular games sometimes goes awry. The last case is particularly painful and frustrating, but it’s a pretty great ride up until that point and even a good portion into that final investigation. As usual, the story and characters are great. We learn a lot more about Edgeworth and certain other characters in his orbit, and his collected personality provides a fun contrast to the usual hapless protagonists found in this franchise. This title is somewhat more stand-alone than some of the other recent releases, but you’ll have a much better time if you’ve played the original Phoenix Wright Trilogy (Free) first.

Ace Attorney Investigations: Miles Edgeworth is a little different from the usual Ace Attorney game, but it carries a similar feel and quality that should please fans of the other games. The mobile version is sensibly improved from the original Nintendo DS release, as well. Adventure game fans would do well to give this game a look. As with other Ace Attorney games, it’s a bit of a long haul, with over 20 hours of play required to reach the ending, but you won’t notice the time passing by for a pretty good portion of that.