Race for the Galaxy ($6.99) is getting ready to grow. The third expansion, The Brink of War, will add four new starting worlds to the game, thirty six new developments to build and worlds to settle, five new goals, and Prestige, a new way to earn victory. The expansion also adds Search, a new action that allows players to find specific cards that can more easily work with their current strategy. The new expansion will hit the game on December 14th, and it will cost you $3.99. The expansion is highly rated on Boardgamegeek and should be a good addition to the base game. 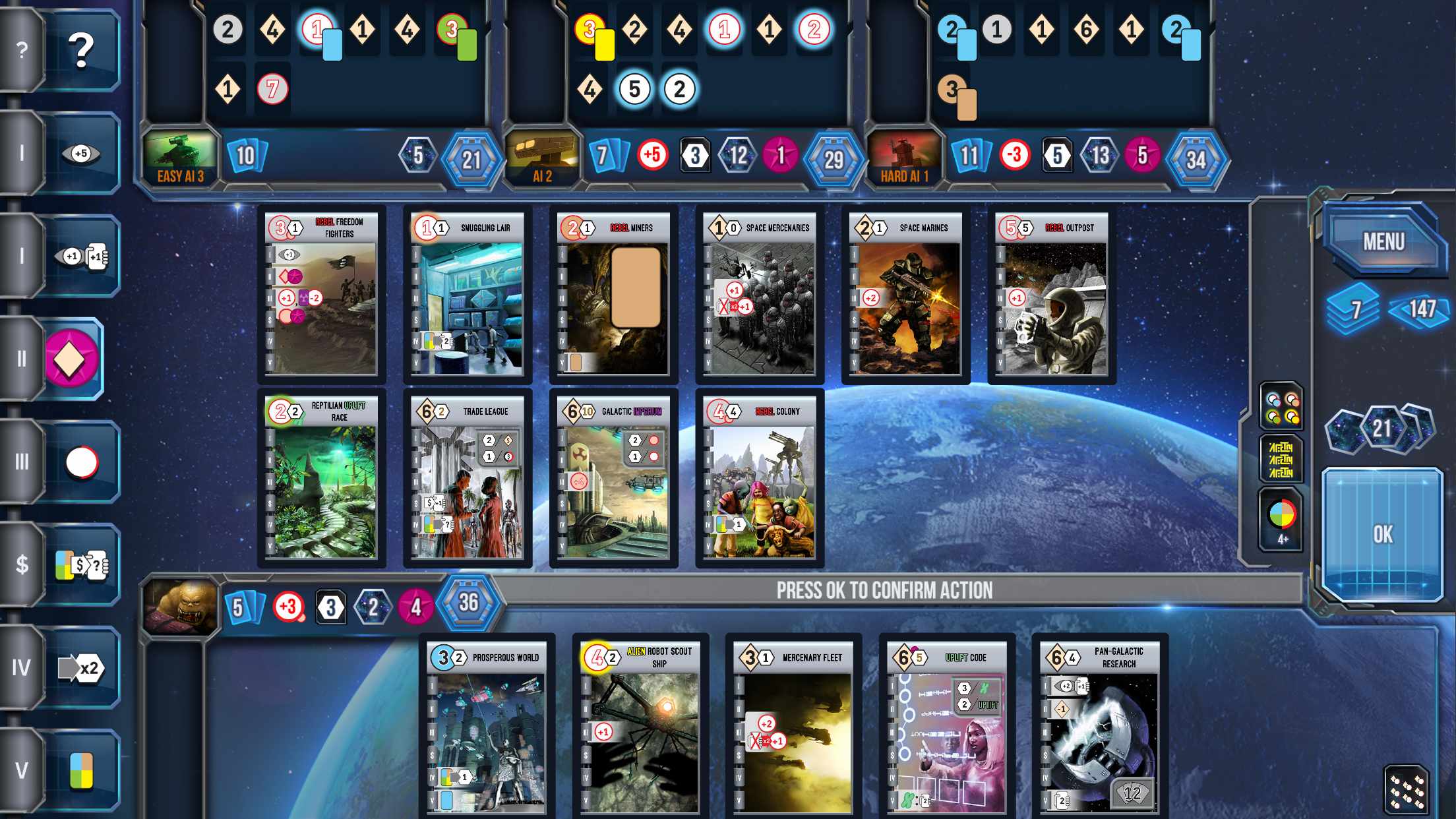 Race for the Galaxy, in case you don’t know much about the game, is a classic card game where you secretly and simultaneously decide which one of the seven phases of the game you’ll lock in, then you reveal your picks at the same time as your opponents, and then execute the various phrases in the order decided. The previous two expansions are already available, so plenty of content to play with.