Welcome to another Touchstone Tavern, our weekly Hearthstone (Free) roundup of the best news and videos. As you would expect, this past week was dominated by the upcoming expansion, Kobolds & Catacombs. We got to read about upcoming card reveals and see some more new cards, read the stories of Marin the Fox and King Togwaggle (the “smartest" Kobold ever), and much more. At the same time, questions about the game’s cost surfaced once more, which isn’t surprising given how many players are trying to find the best way to grab those new cards. There’s a lot more news to read and some really interesting videos to watch, and I hope you enjoy it all.

Rogue is getting secrets in the new expansion; isn’t that great? Earlier today, we got to see 9 more cards from the next expansion, and most of them are quite promising. We got to see a Legendary weapon, a Spellstone, and a few minions and spells. Head on here to look at the new cards in detail and check out the Videos section for some early reviews.

With the expansion drawing nearer, Blizzard has started giving us more lore to get us into the mood. As part of that, we got a story where Marin the Fox goes underground to recover a legendary axe (Woodcleaver) and other enticing treasures. This short tale is another great example of how Blizzard expands on the lore aspect of recent expansions and nicely fleshes it out. Head here for more on Tales of the Fox.

King Togwaggle is the biggest Kobold of them all, and this story goes into depth about that silly character as well as the Dungeon Run part of the new expansion. The article contains an exclusive video as well that focuses on the big, bad King. This video is the first of a series called Into the Catacombs, and it’s definitely a fun watch. Read the story and watch the video here. 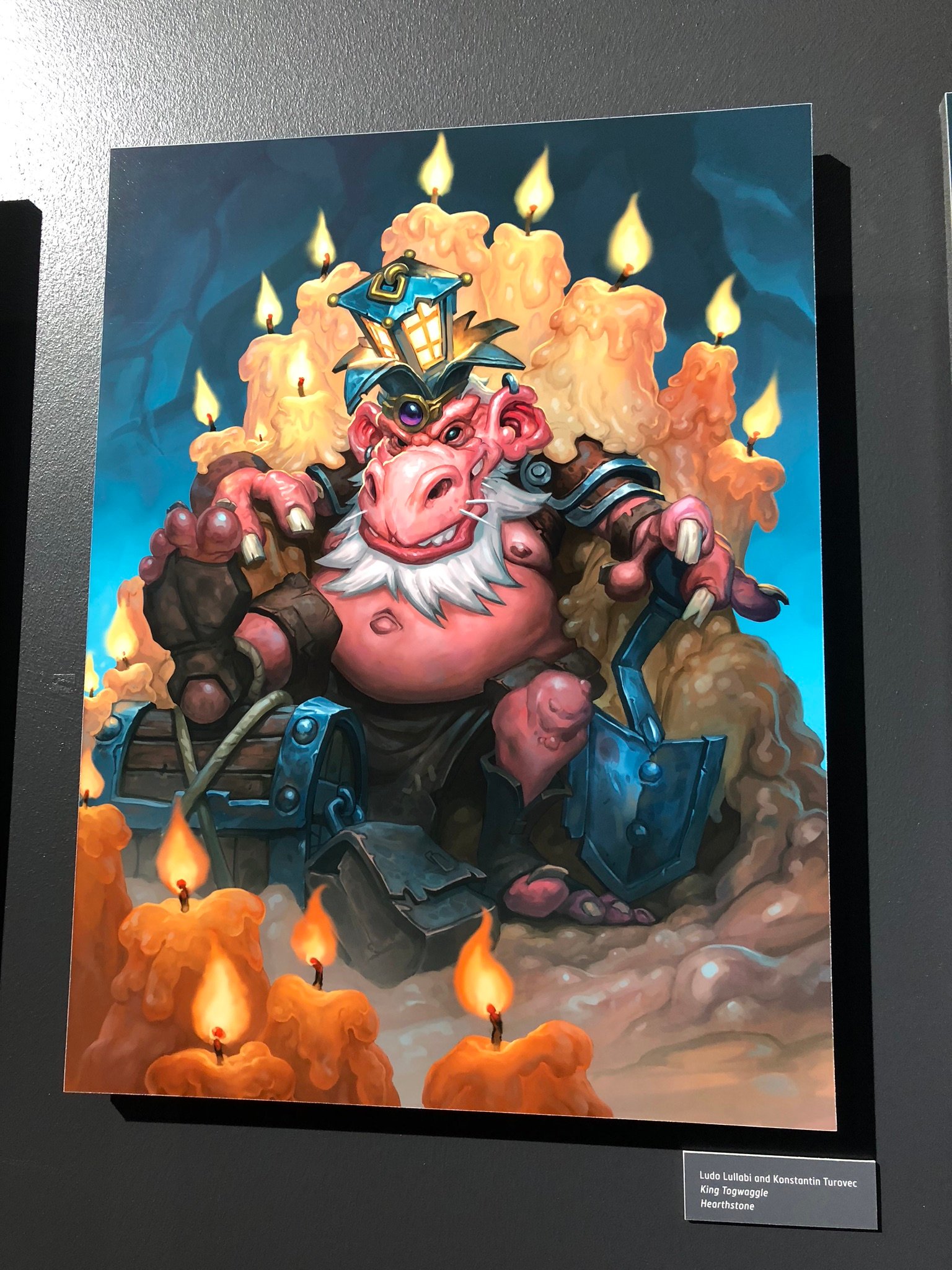 Carnivorous Cube, the upcoming minion that destroys friendly minions, is an interesting design, and this article looks at the possibilities created by this card. The article looks at which cards will be the best “lunch" for Carnivorous Cube and how it might be best utilized once it joins the game. There’s a lot of buzz around this card, and I’m curious to see how it will be used once the expansion comes out. Read the whole story here.

No More Death Knights in the Arena

After plenty of deliberation, the developers decided to remove the Death Knights from the Arena, to the relief of many Arena players who felt that these powerful cards hurt the balance of the mode. Since there’s no way for the developers to ensure that every player has access to these cards, they decided to just remove them so matches can be fairer. I’m pretty sure no one is complaining about this move. Head on here to read more about Death Knights leaving the Arena for good.

Players have been increasingly bringing up the issue of the game’s increasing cost, and this article focuses on precisely that. The writer talks about putting a bit more than $1800 dollars into the game and still having an incomplete collection. The writer goes into detail about the way he came up with that amount and then talks about the game’s rising cost. An interesting and topical article that you can read here.

Tips to Cope With the Game’s Cost

If you’ve been struggling to get a good collection going without having to pay a fortune, you might want to read this story. The writer tries to help players get the most out of the game at the lowest cost, so it’s definitely worth a read. I’m sure some of the advice will end up being useful to most of you. If you have any other advice, share it in the comments below.

Blizzard has revealed the schedule for the first week of card reveals, so get ready for plenty of early card reviews. We’re going to see a total of 24 cards over this week, so make sure to keep up with all of them. Head over here for details on days and times so you don’t miss any of the card reveals.

This article raises a good question: with few counter play, is Hearthstone taking weapons too far? Weapons are very flexible and very dangerous, so the writer wonders what the developers will do to ensure there are sufficient counters for Legendary weapons. The article takes a detailed look at the counters that exist right now and draws conclusions from the recent Fiery War Axe as well. An interesting article about a very interesting moment in the game’s development.

Early Look at the 9 New Cards

5 Cards We Need in the New Expansion

Marin and the Mayor