Sometimes I wonder if Justin Smith from Captain Games realizes his own genius when creating games, or if he just makes games that happen to be stunningly brilliant. One of my all-time favorite games is Enviro-Bear 2010 ($1.99), which is a silly game about a bear driving a car with absurdly difficult driving physics. Beyond its wacky surface, though, there is a ton of depth, and it’s remained on my phone since its original release nearly a decade ago. Then there’s Desert Golfing ($1.99). This totally stripped-down 2D golfing game has you whacking a ball into a hole in as few strokes as possible, moving from hole to hole in stark, barely changing environments until… well, until the world falls into the sun, or something. I guess it technically has an end, but most people will never see it and most don’t seem to care. It’s a perfect mobile game to pop out and play a few holes here and there, but if you squint your eyes just right, you can also pull some deep philosophical meanings out of Desert Golfing. No joke. 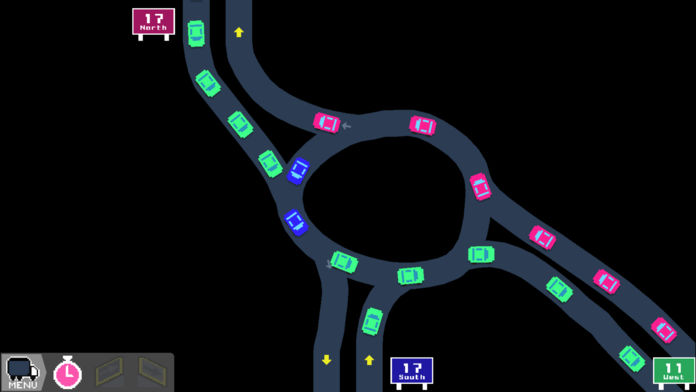 There are even more examples, but the bottom line is that Justin Smith makes games that look almost laughably bad on the surface but always have some sort of hidden meaning and depth. I don’t know if that’s on purpose or a happy accident but either way his library of games is a gift to us gamers. The latest Justin Smith release is Freeways ($2.99), a traffic management sim of sorts, and like his previous games you can’t judge this book by its cover. Your job is to connect specific destinations to a number of different freeways by intuitively drawing the paths right on your screen. Traffic will begin pouring out the moment you create a road, and it’s up to you to create freeway exchanges that let traffic flow freely and allow drivers to get to and from their destinations. Once you complete a map you can check on the efficiency of your design, or lack thereof.

It’s a deceptively engrossing experience, as sometimes you can dream up some wacky design that you figure will never work in a million years and then find out that it’s actually getting the job done. Similarly, sometimes you’ll design what you think is the most ingenious freeway design ever conceived, only to see traffic jams crop up in places you never expected due to problems you never anticipated. Freeways looks like a simple Flash arcade game on its surface, but behaves like a sophisticated traffic management simulation in practice. It’s really remarkable, and yes, a lot of fun too. Never thought I’d say that about traffic management. 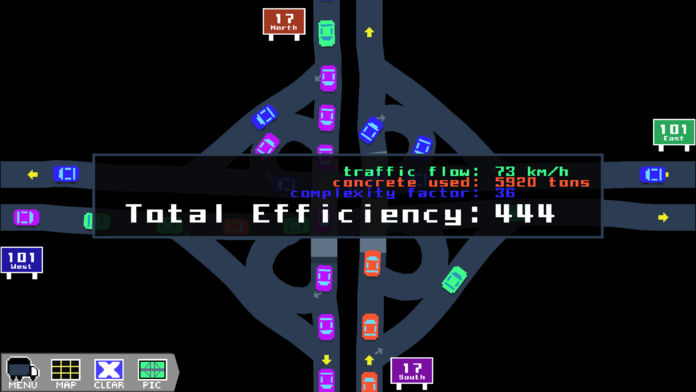 Anyway, apologies for burying the lede this far down in the story, but the reason we’re talking about Freeways today is that when it originally launched in mid-September it was an iPad only game, which made sense as the extra screen real estate would be helpful when weaving your complex tapestry of freeways. However, that also severely limited the audience for the game, and following a ton of requests Justin Smith has spent the past month or so making the game friendly for the smaller screens of iPhones, with a new Universal update arriving for Freeways today. Playing it on my iPhone 7 Plus and it seems just fine to me, but your own mileage may vary. What’s important is that we all at least have the option of experiencing this little gem on our phones now, so if you’ve enjoyed Smith’s previous releases or the thought of skillfully managing freeway traffic gets you all excited, be sure to give the newly Universal Freeways a spin and check out our forums for more impressions of the game.