In the PC world, Razer has been a legendary brand as long as I can remember. What kicked off what we now know as “Razer" actually was a product by a company called Karna- The Razer Boomslang mouse. The Boomslang was unlike anything else available at the time, as the level of precision you could get playing games with it really made having the mouse feel like cheating at times. It didn’t take long for loads of PC gamers in the late 90’s to buy the mouse, as it was basically required equipment for anyone at a LAN party. The Razer brand was rebooted in 2005, but the overall theme of the company has remained unchanged: By gamers, for gamers, even if the specs seem weird or otherwise out of line with what the rest of the market is offering and that definitely seems to be the case with the “leaked" specs of their upcoming gamer-centric smartphone. 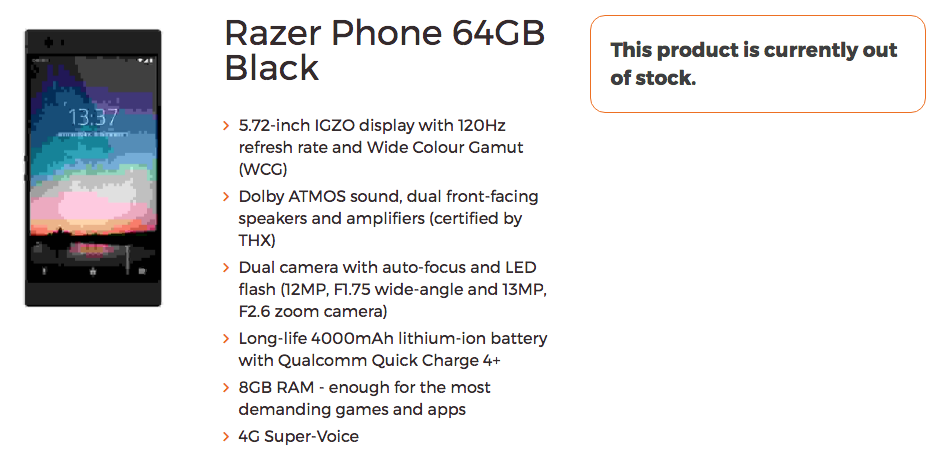 So far the most gamer-y thing of the specs that have leaked is the 120hz screen. The most recent iPad Pro has a 120hz screen and the hype is real, it makes a massive difference for gaming. What’s going to be interesting is whether or not Android games end up supporting this screen in any meaningful amount. In the Apple world, it’s still news when a game gets 120hz support as there’s so few of them. Considering reluctance to put much effort towards supporting an Apple flagship product inside the iOS ecosystem, it’d hard to really imagine many Android developers doing the same for one specific phone.

The full announcement comes tomorrow, which we’re going to be keeping our eyes on. I’d love there to be more dedicated gaming hardware in the mobile games world, but it seems like every gamer-centric device has floundered, including those backed by much larger companies by Razer.

I still want them to release the dang Razer Junglecat.