L Pop! (Free) is a relatively straightforward puzzle game that, like most puzzle games, is built around one main mechanic. In this case, it’s the idea that where you can place your pieces is restricted to within a Chess Knight’s move of wherever you placed your last one. It’s not a bad hook to build a matching puzzle game around, and I’m not sure I’ve seen a game that did things in exactly the same way this one does. But while the core mechanic is an interesting one, L Pop! never quite takes off the way it feels like it should.

The game plays out on a 6 x 6 board where you need to place colored pieces in order to make a group of three or more. The pieces come in three different colors, and while you can’t control which color you’ll get when, you can at least see the next couple of pieces that are coming down the pike. The first piece can be placed anywhere on the board, but subsequent pieces can only be placed in an L-shaped pattern from the last. The goal is simply to reach as high a score as you possibly can. You’ll earn points with each match, and more points if you can make multiple matches in a row or matches with more than three pieces in them. Should you match five or more at once, you’ll get a super bubble that works like a wild card. 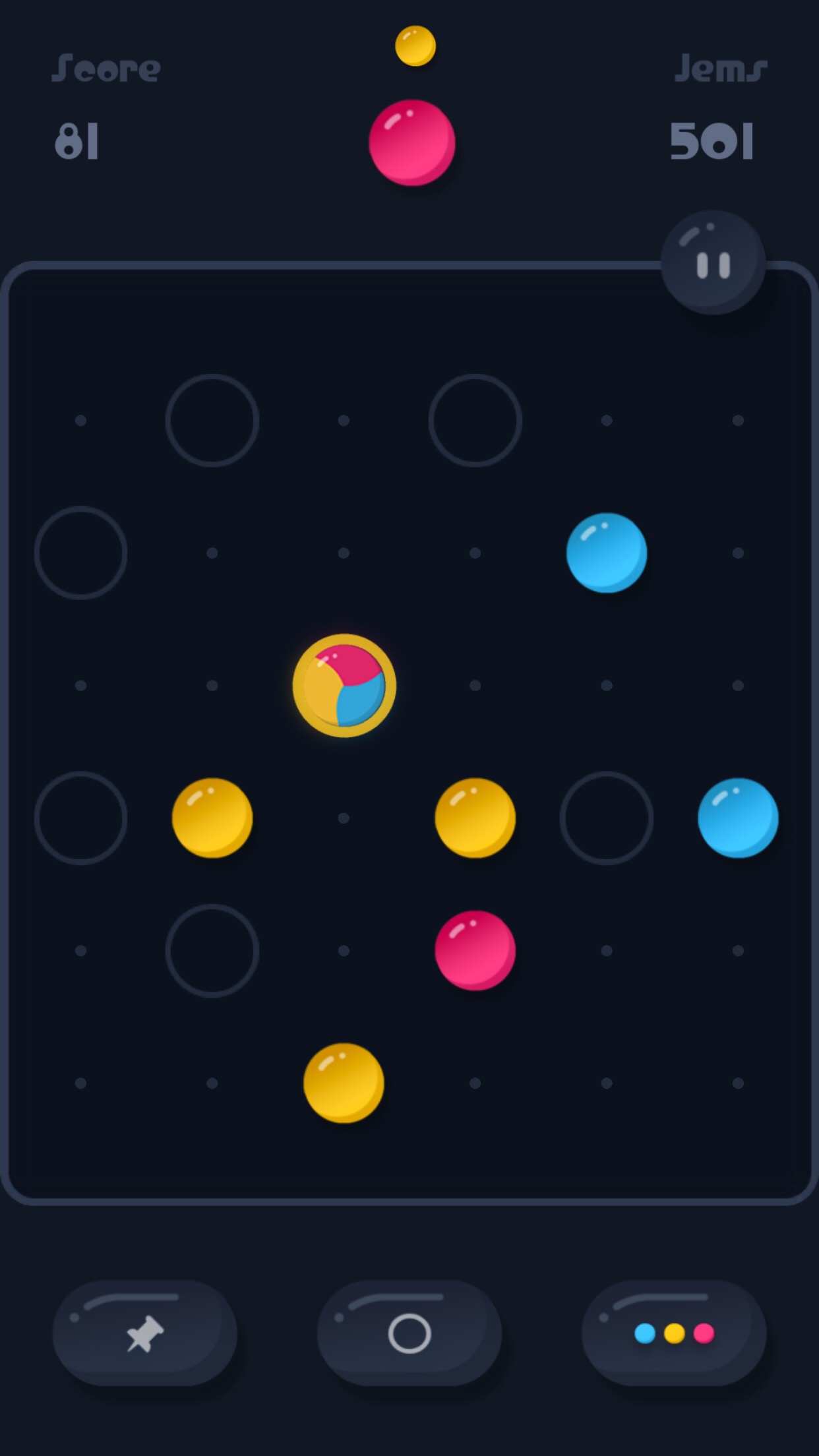 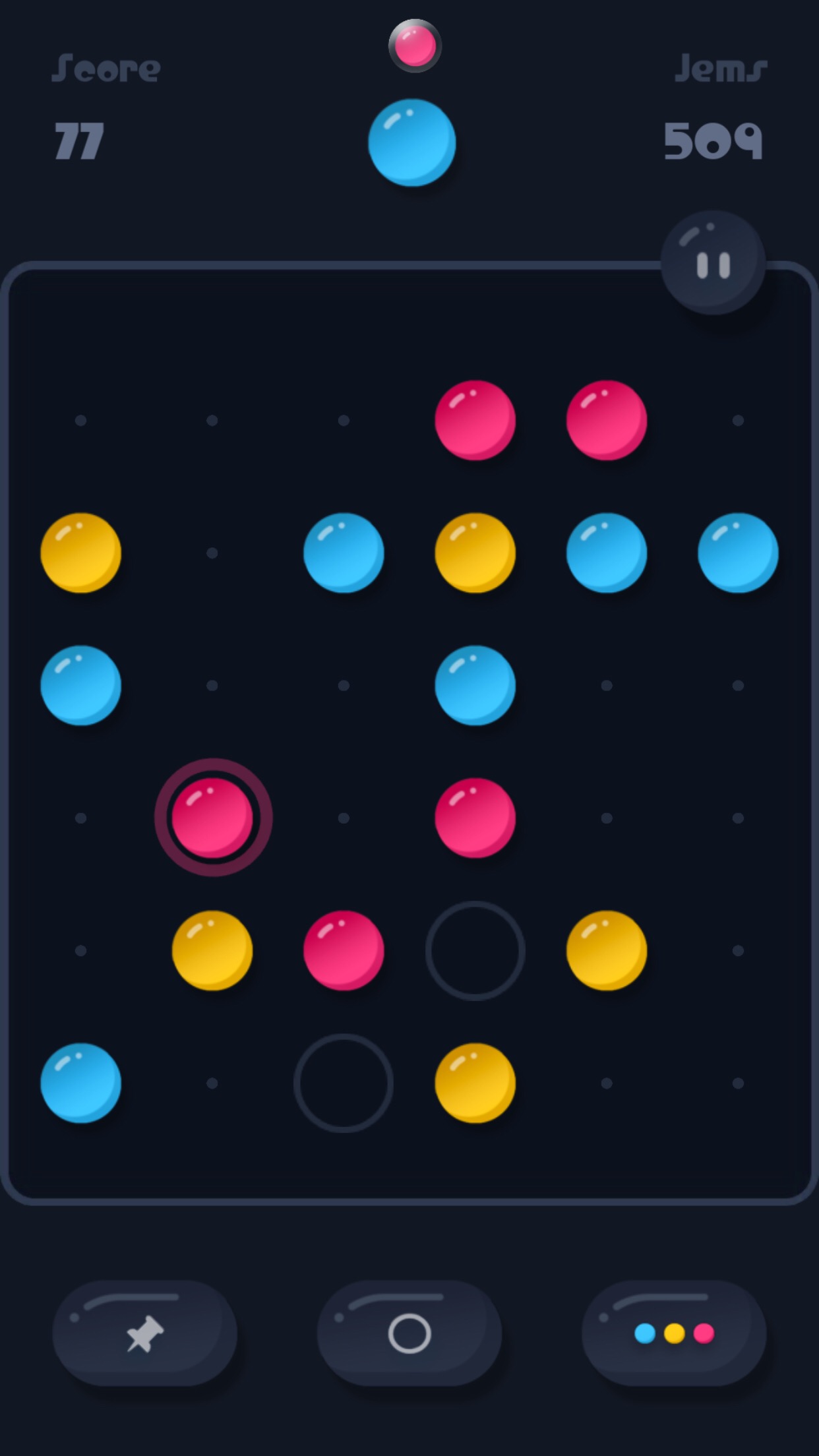 More importantly, matching pieces clears them from the field, giving you more room to work with. If you end up in a spot on the board where there are no empty spaces to move to from your current position, it’s a game over. Well, sort of. The game allows you to continue once without losing your score by either watching an ad or paying 200 Jems. You only get one, which keeps this feature from completely breaking the game. At the same time, I really don’t like it when score attack games give players a disadvantage if they don’t take the game up on some offer or another. You can also use Jems to pay for special power-ups that allow you to bend the rules a bit. It’s another layer of compromise for the scoring system, unfortunately.

To be fair, the game does dole out Jems at a fairly steady rate. You’ll get a handful every time you play, along with some experience. When you level up, you’ll get a big chunk of Jems as a reward. Leveling up also unlocks the various power-ups, so don’t plan on being really competitive until you’ve spent some time grinding. The problem here is that the rate at which you earn Jems is seriously outpaced by how much the game expects you to spend in order to be competitive. L Pop! is truly a game where you can pay to get ahead if you want, which makes it hard to recommend as a score attack. 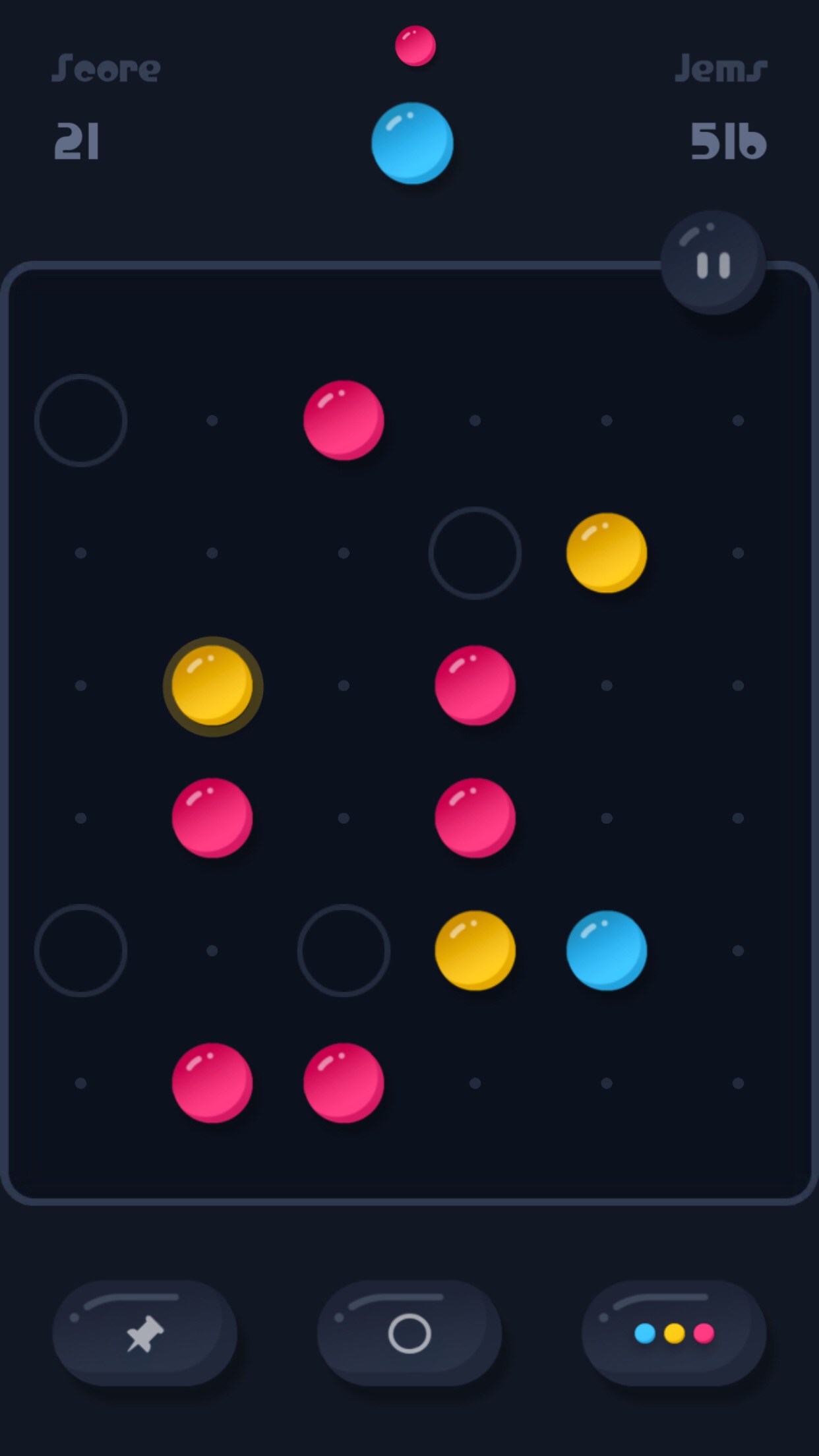 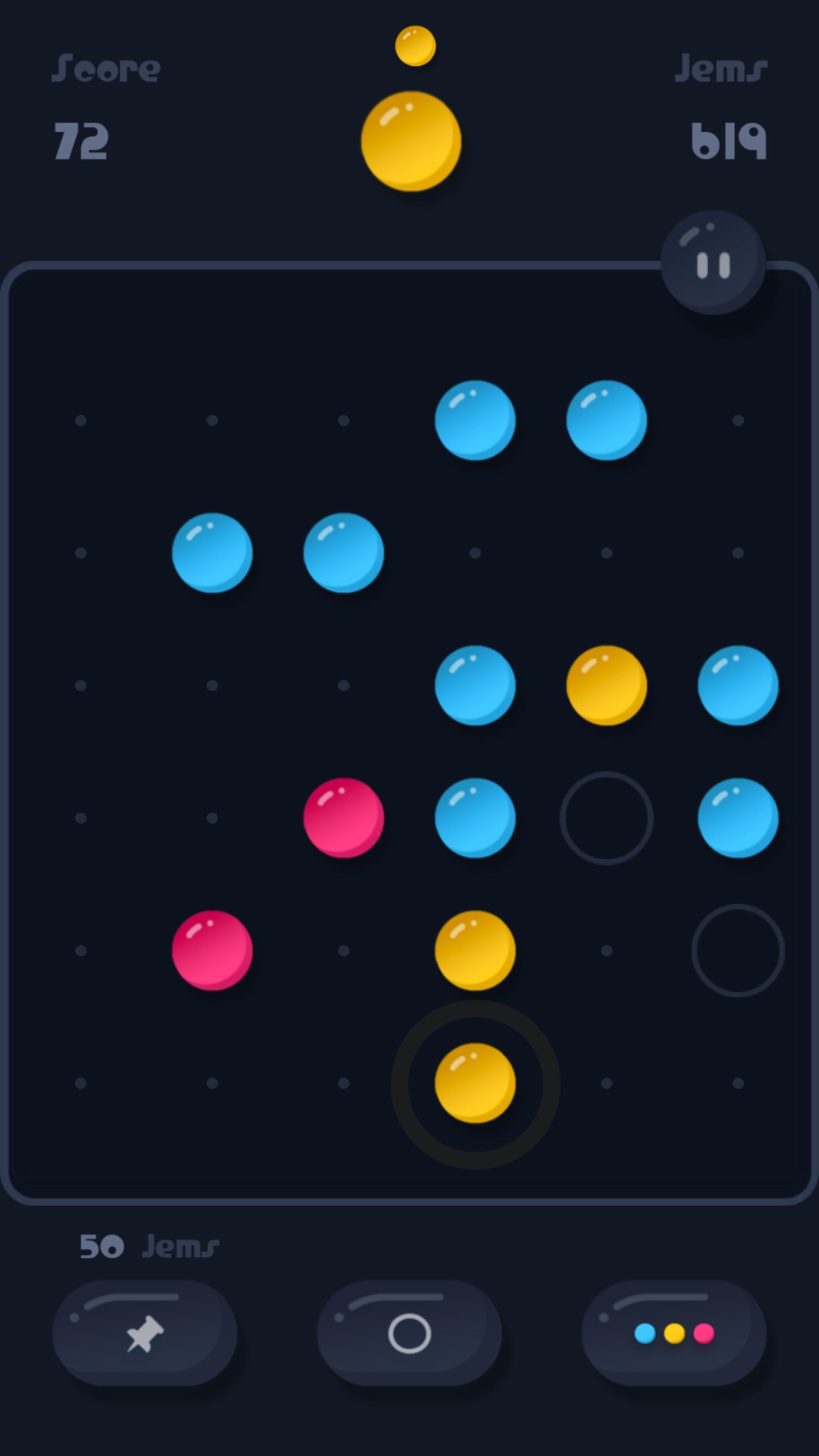 That leaves it to sink or swim as a single player puzzle experience, and in that capacity, it’s okay. Not much more than that, but it’s fun enough. You have to use a lot of strategy to avoid painting yourself into corners, and if you keep yourself from going hog wild on the paid power-ups, the game is quite a pleasant challenge. If you’re looking for a game where you can play somewhat thoughtlessly and still do alright, L Pop! is not for you. You might be able to struggle through for a little while, but as soon as the third color comes into play, you’ll realize that every single move counts. When pieces appear that require you to match them twice to remove them, things really heat up. Fortunately, there’s no timer to worry about.

L Pop!‘s presentation is clean and professional, with a fairly simple UI and lots of little touches to make the game feel alive. It doesn’t really stand out in any particular way in terms of its visuals or audio, but I also can’t find much to complain about other than some slightly vague icons. Really, it’s in line with the game on the whole. L Pop! is a satisfied B-student. If you call on it to answer a question, it will probably be able to answer it, but you’ll always feel like it could do more than it is.

Nevertheless, I think L Pop! is worth trying out if you like the sound of the core mechanic. There is a lot of depth to it, and I certainly appreciate that you can’t just place pieces willy-nilly and get decent results. You can download it and try it out for free, with an IAP to permanently remove non-optional ads if you end up digging it. I just wish that it put both of its feet in either the paid or free-to-play camp. As is, it’s built like a paid game, but monetized like a free-to-play one, and that results in something that doesn’t satisfy quite as well as either.