Shadowverse (Free), the popular collectible card game, continues to expand. This time around, we are getting a new expansion called Starforged Legends, and we have some brand new cards to reveal today. After giving us all kinds of mythological beings and characters from tales of old, Shadowverse is now taking us to space, where we’ll have to enlist the power of celestial heroes and fight in what are literally struggles of cosmic proportions. As seems to always be the case, Shadowverse likes to go big and bold with its expansion, and that’s definitely not a bad thing in my opinion, especially given how much imagination its developers seem to have. 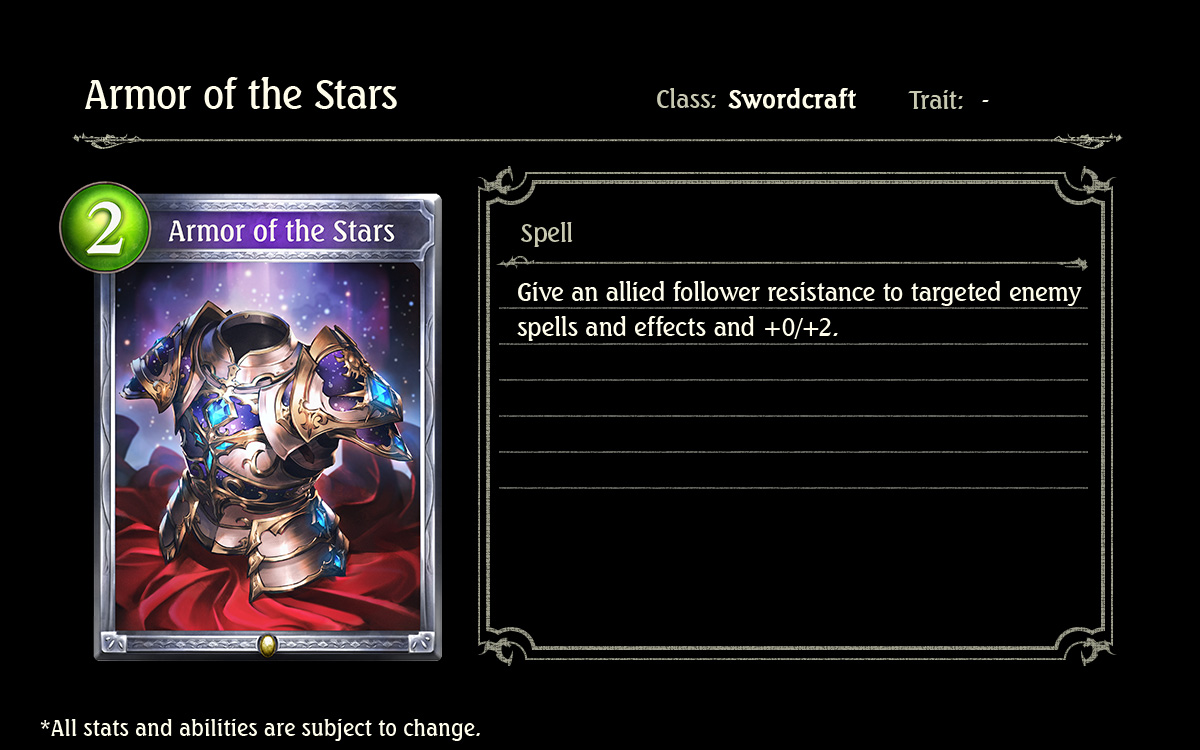 We have three upcoming cards to reveal for you today, Armor of the Stars (Swordcraft), Starchaser Sprite (Havencraft), and Trial of the Gorgons (Bloodcraft). Armor of the Stars is another card that helps protect a follower from enemy spells and effects, a very useful thing if you’re trying to protect an important card on the board. Starchaser Sprite lets you draw cards equal to the number of amulets you have in play. Havencracft players can often run out of steam if they empty their hands (which doesn’t take much), so having a way to draw more cards can make a huge difference and make those decks more viable. 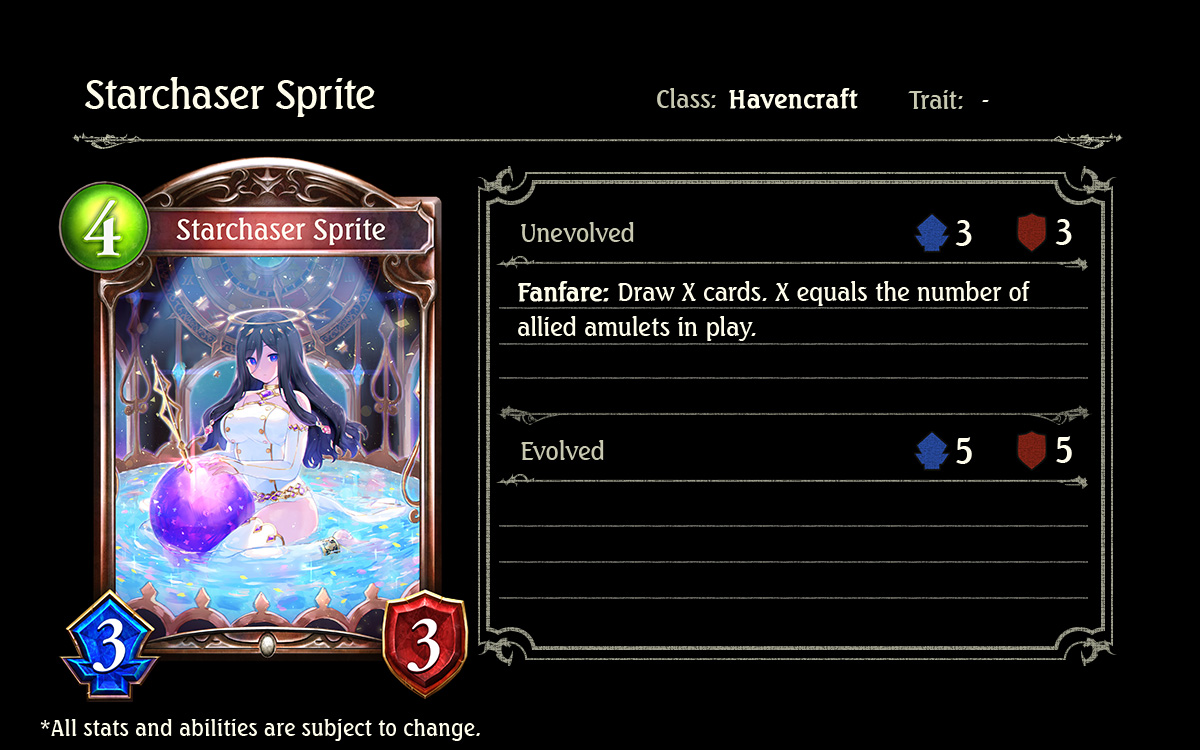 Finally, Trial of the Gorgons summons 2 Serpents and one of the Gorgons (Venomfang Medusa, Euryale, or Stheno). Previous expansions added plenty of bat-based combos, so maybe this card and its tokens will help get some serpent decks going. What do you think about these cards? If you’re a Shadowverse player, do you plan to run any of them in your decks? 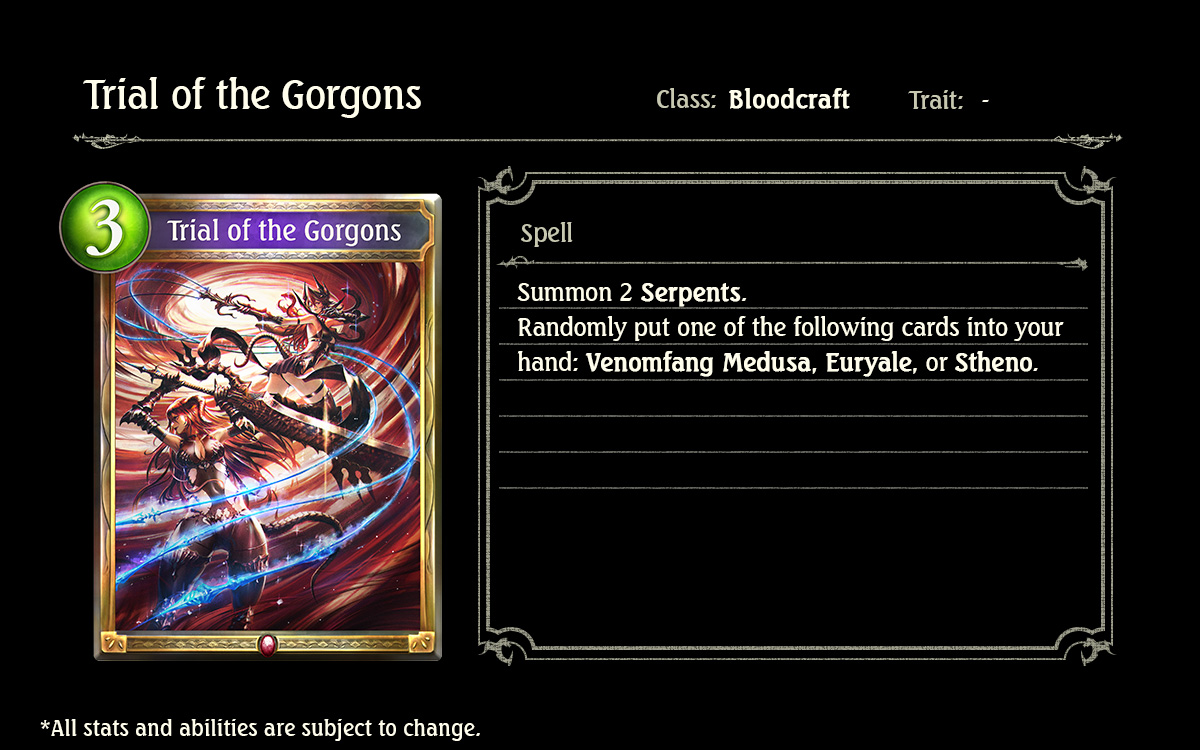