Ankama’s Drag’n’Boom (Free) couldn’t have come out at a better time because what better time to come out with a game where you’re a dragon than right after a big Game of Thrones season where Drogon, the biggest of the dragons, got to burn quite a few people on the ground. And this game really makes you feel like a dragon, burning everything in your path and pulling off some really fun combos by, well, shooting your enemies again and again. The only thing missing from this game is a bigger enemy variety to fill the game’s 50 levels, but even with the enemies it has, Drag’n’Boom is a really entertaining platformer that controls great and lets you feel like a bad-ass. 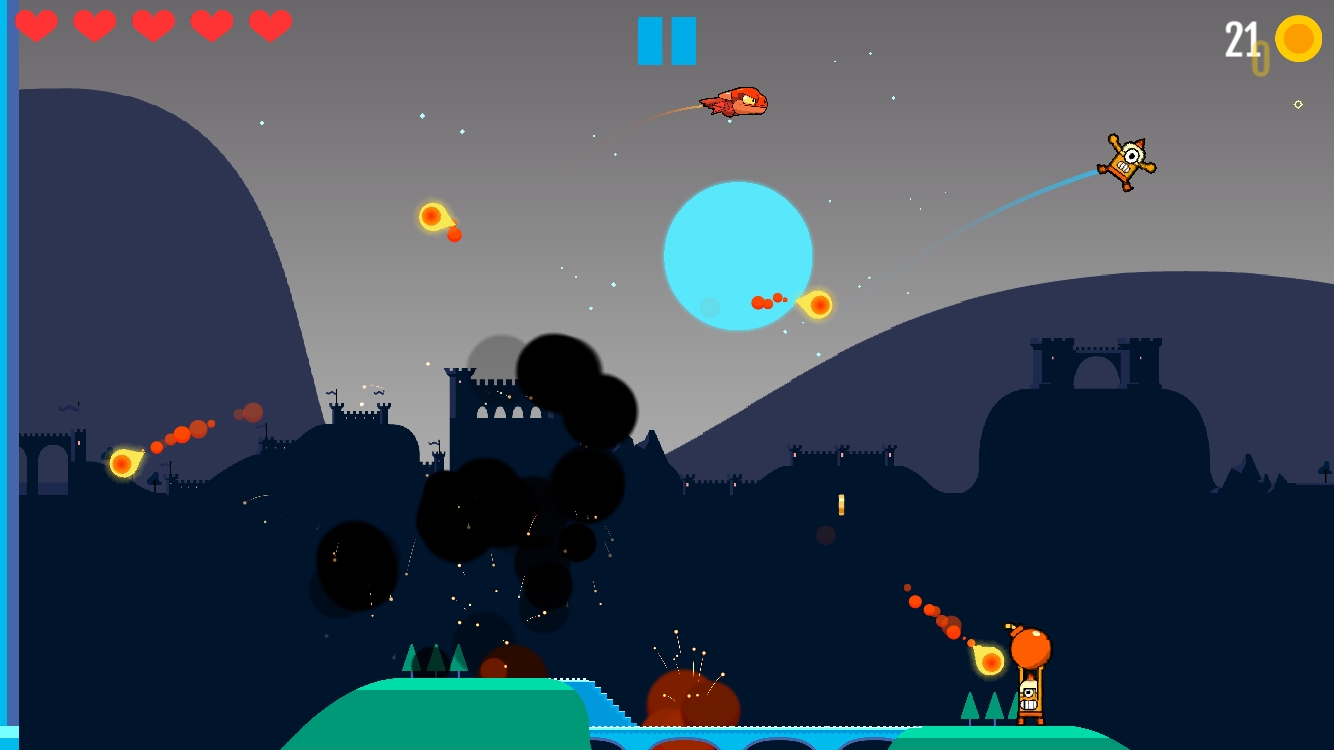 The premise of Drag’n’Boom is pretty simple: you have to fly across a level and reach a chest of gold. Killing all the enemies gives you of three stars, while gathering all the coins and not taking any damage gives you the other two stars. The levels have a medieval aesthetic to them, so you’ll be flying over castles and bridges and (mostly) taking out knights as well as the occasional witch (what kind of a medieval game would it be without a witch?).

The game controls with slingshot mechanics—one for flying and one for shooting—each controlled by a finger on each side of the screen. The controls are very responsive and really allow you to pull off fun maneuvers and get your dragon into tight spaces while still shooting accurately. I had a really fun time flying around the levels and shooting either from way up high or from very low altitudes, sometimes switching tactics for strategic reasons and other times just having a blast taking down enemies in different ways. 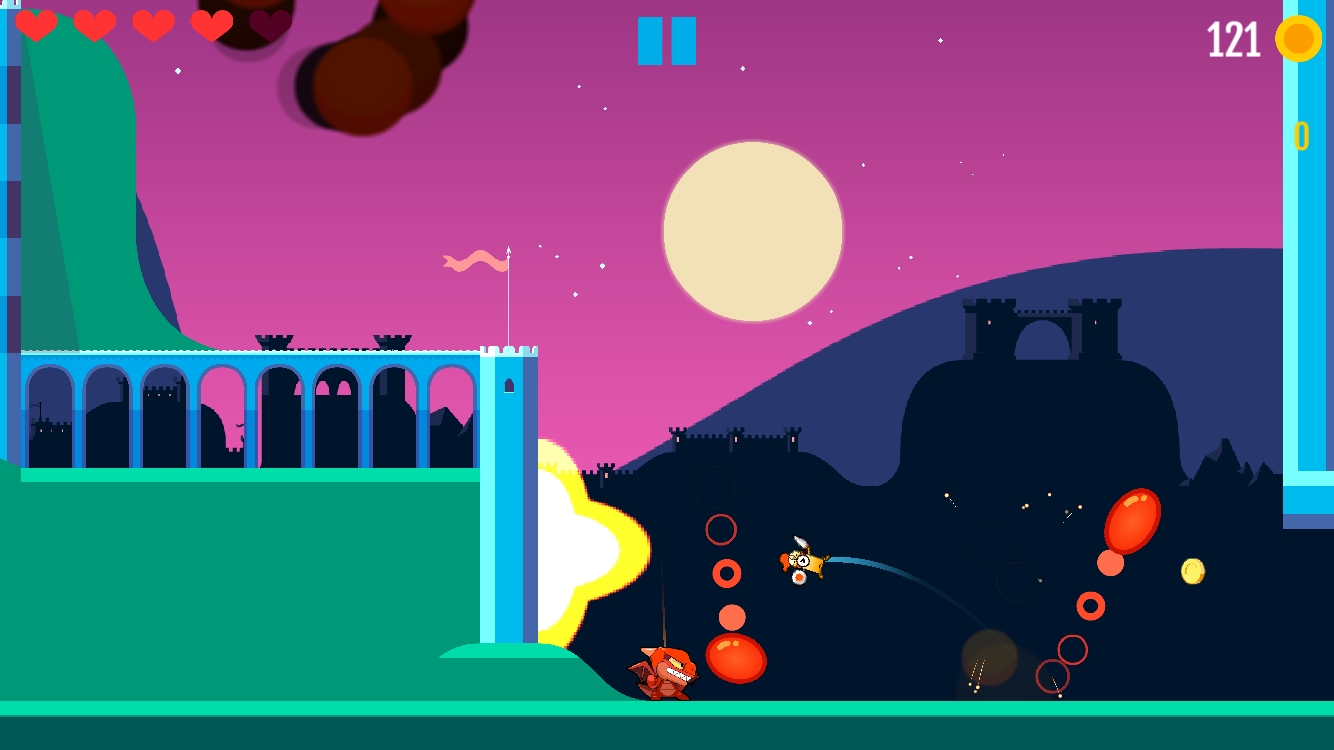 What makes Drag’n’Boom even more fun is the slow-motion effects you can trigger when either changing direction or when aiming to fire. As we wrote about in our first impressions of the game, it makes the whole thing feel like you’re in the Matrix, pulling off some amazing moves that make Drag’n’Boom much more fun than if you were just a dragon shooting fire at enemies. Sometimes you can pull off slow-mo moves for fun, but other times you have to slow down time if you’re to make it through corridors filled with spikes without dying.

The game rewards combo shooting—where you shoot the same enemies again and again as they’re flying through the sky—and the slow-mo mechanic really helps nail those combos. It’s hard to put to words how fun flying across the level is when you can change directions at will, all the while slowing down time so you can nail your shots.

Speaking of shots, the game has a ton of different weapons you unlock as you level up, and they can really change the way you take on the various levels. You can choose to use a huge bouncing ball that explodes upon contact, or worm-like bullets that creep along the floor, and many more. Most of the weapons you unlock have pretty short ranges, which is fun because it forces you to get close to your enemies rather than taking them out from across the screen. 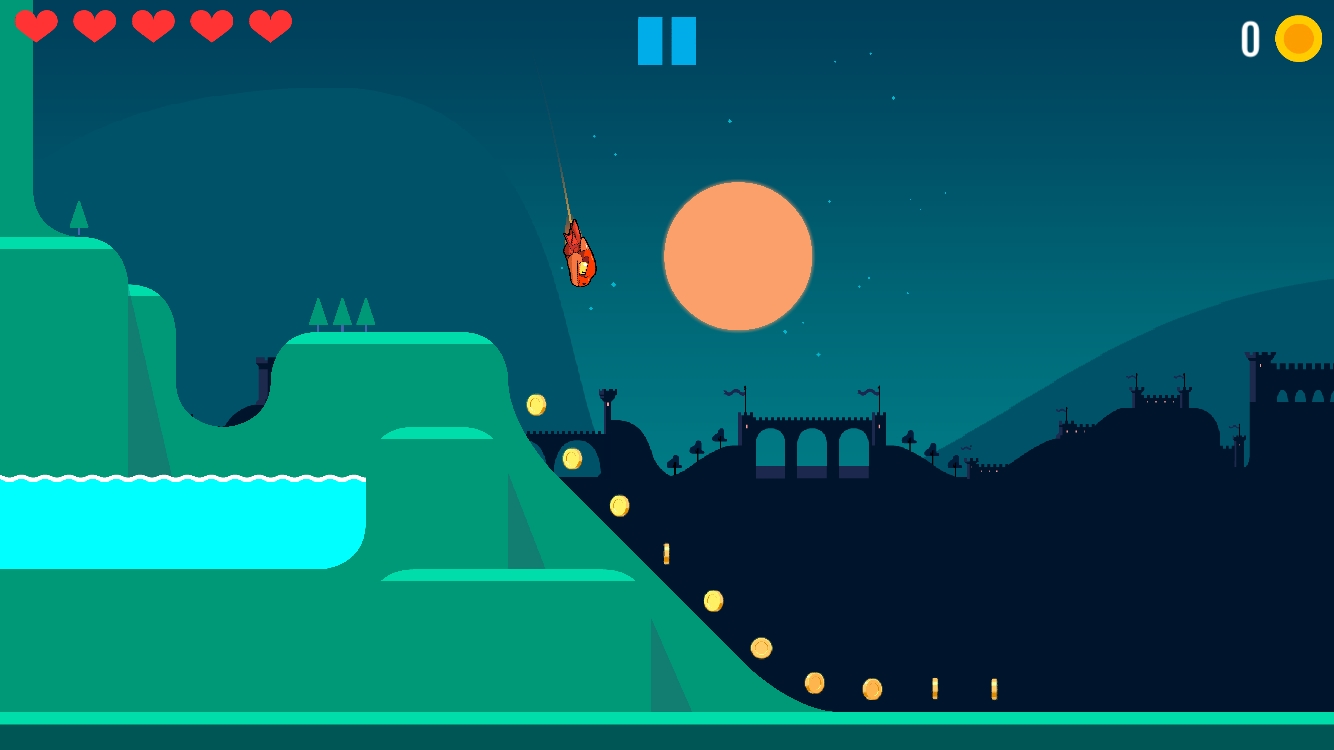 The variety of enemies was the only shortcoming of the game for me, and I wish there were more of them with different attacks. Early on the game you’re taking out these tiny little knights, who can barely do any harm, or some very, very slow archers, but then the game introduces shield-bearing enemies that you have to attack from behind and witches that disappear all the time, making it harder to shoot them. But then the game doesn’t really add any new enemies (other than a three-arrow archer and a bomb-wielding one), and that’s a bit of a shame because more enemies would have made the 50 levels and the endless one at the end even more fun. The developers proved that they can come up with fun enemies, and I wish they just added more of them. 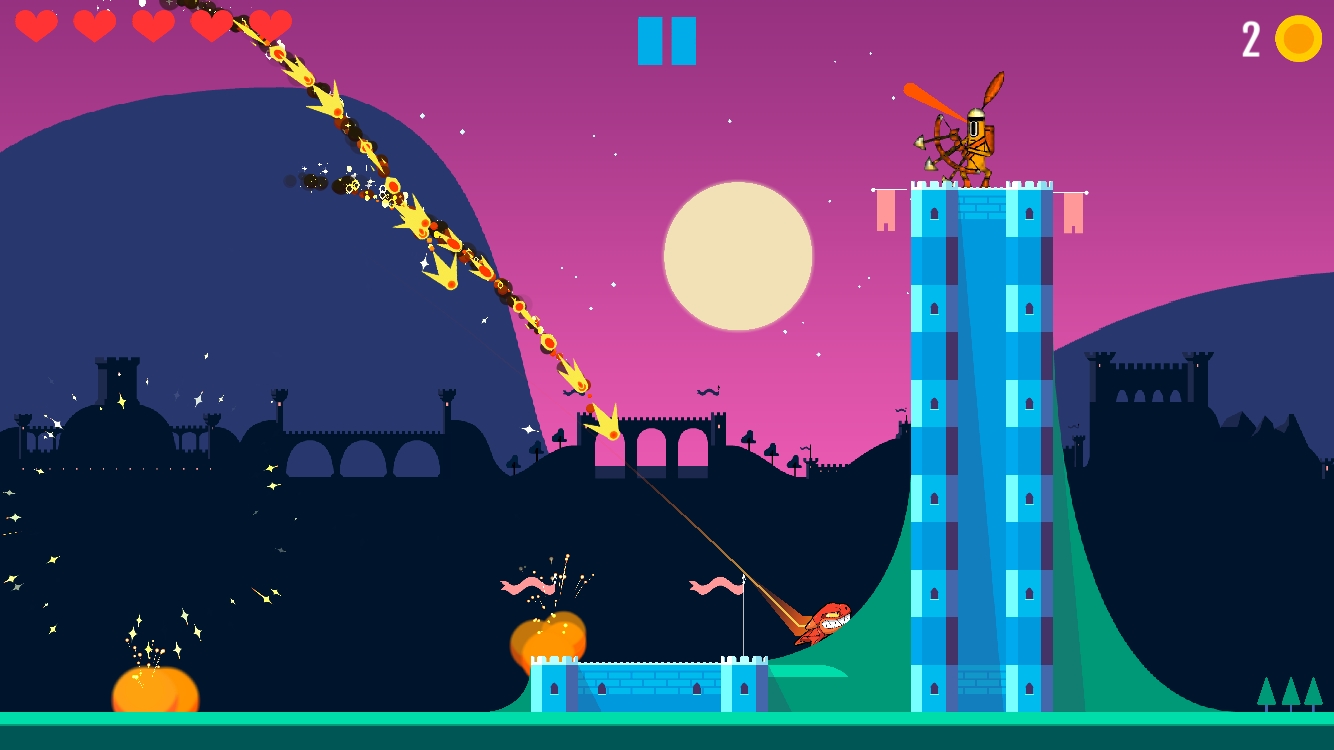 Despite the relatively limited selection of enemies, Drag’n’Boom is still very entertaining, with short and furious levels that are perfect for playing on the go. The great variety of weapons allows you to go back and replay levels using different weapons, which makes the levels play differently and has you coming up with different approaches. And if you complete all 50 levels, you get access to an endless mode, which is perfect for a game like this one. You can challenge yourself in the endless mode by trying to grab every single coin and pull off the craziest combos you can.

The game looks really good, with slightly cartoony landscapes and enemies flying by as you move across the screen. The enemies are sometimes so cute that I felt bad burning them down (but not too bad), and your teenage dragon is quite adorable. Add to that great bullet effects that turn the screen into an exploding mayhem and fun sound effects to go along with it, and you have a good-looking game.

You can play the whole game for free (if you don’t mind ads every 3 levels or so), but with $1.99, you turn it into a premium game, and it’s a steal for that amount. It will take you some time to get through all 50 levels—especially if you’re trying to get every single coin and take out every single enemy. So, if you want to see how the Khaleesi of Game of Thrones felt while riding Drogon to battle, Drag’n’Boom is for you.