There are quite a few game genres that I really WISH I loved more than I actually do. One of those is the real-time strategy genre. My brain just isn’t wired right to micromanage a hectic battlefield and I’m typically not the sharpest tool in the shed when it comes to strategizing. Give me enough firepower to brute force my way through a battle rather than try to come up with a well laid out tactical assault. That said, occasionally an RTS game will come along that for whatever reason tickles the exact right parts of my brain and pulls me in for the long haul. In this instance that game is Iron Marines ($2.99) from Ironhide Studios, creators of the excellent Kingdom Rush series of tower defense games. 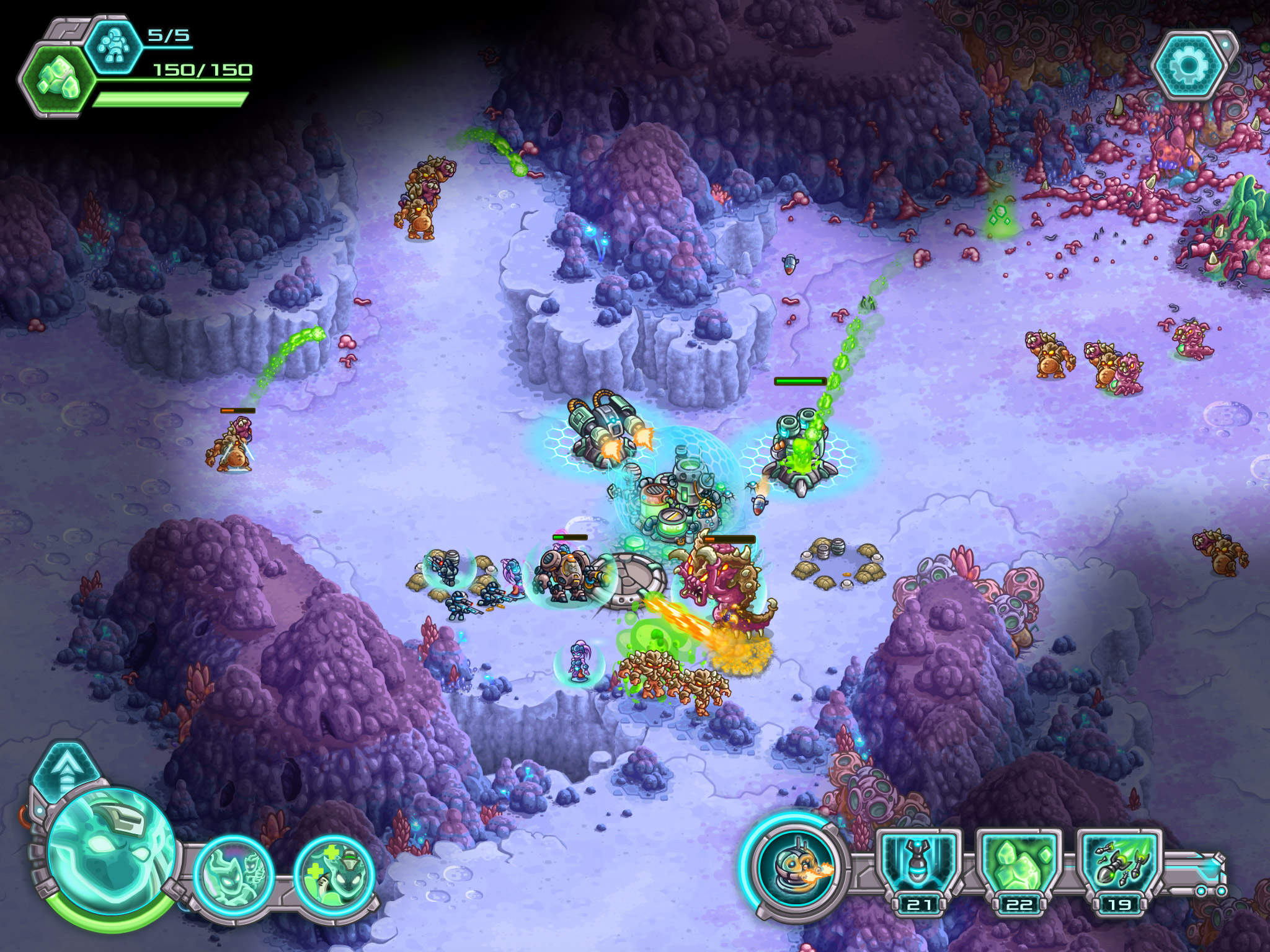 In fact, Iron Marines had a lot in common with the Kingdom Rush games. It’s almost like a hybrid of real-time strategy and tower defense. You’ll need to take over command stations and earn resources in order to deploy a variety of unit types, which you can then direct all over the battlefield as you see fit. It’s very RTS. However, many of your missions will also require you to post up and defend a base against waves of enemies in a very tower defense-like fashion. It’s funny because tower defense games are also one of those genres I can’t always get into, but for whatever reason the hybrid approach in Iron Marines is like the perfect blend for me.

It also doesn’t hurt that I instantly fell in love with the personality of the game. It has cartoony, sci-fi visuals with such a pleasing color palette, and your various units and heroes all have little voiced remarks they’ll shout when you command them around. I also LOVE the fact that you can change your unit types mid-battle, and amusingly this is represented by the existing unit having their closed sucked off into oblivion and them standing around in their underwear until the clothing of the new unit type you just chose whooshes onto their bodies. This is a game that’s full of fun little details like that.

I don’t have too much to add about Iron Marines that Eli hasn’t covered already both in his first-impressions piece and his follow-up full review. What I will say is that if you’re like me and aren’t typically into these types of games, Iron Marines might be the exception to the rule. It’s just a ton of fun, and with multiple difficulty levels and multiple unique Hero types to play as (both included and available as IAP) I think it’s a game that’s well suited to RTS newbies and experts alike. More single-player missions and multiplayer support would indeed push this to a whole new level, but even as is Iron Marines is one of if not the best real-time strategy game on mobile and is well worth your time and money.