As was expected, Apple just revealed the latest Apple Watch called Apple Watch Series 3, and this one has one main new feature, cellular connectivity. No longer does your watch need to be tethered to your iPhone for music, calls, and internet access. Now you can be the spy you always wanted to be and use your Watch in the middle of the street to call your friends and tell them you’re calling them from your Watch in the middle of the street. The new Watch will be even more integrated with Siri using the latest watchOS 4. 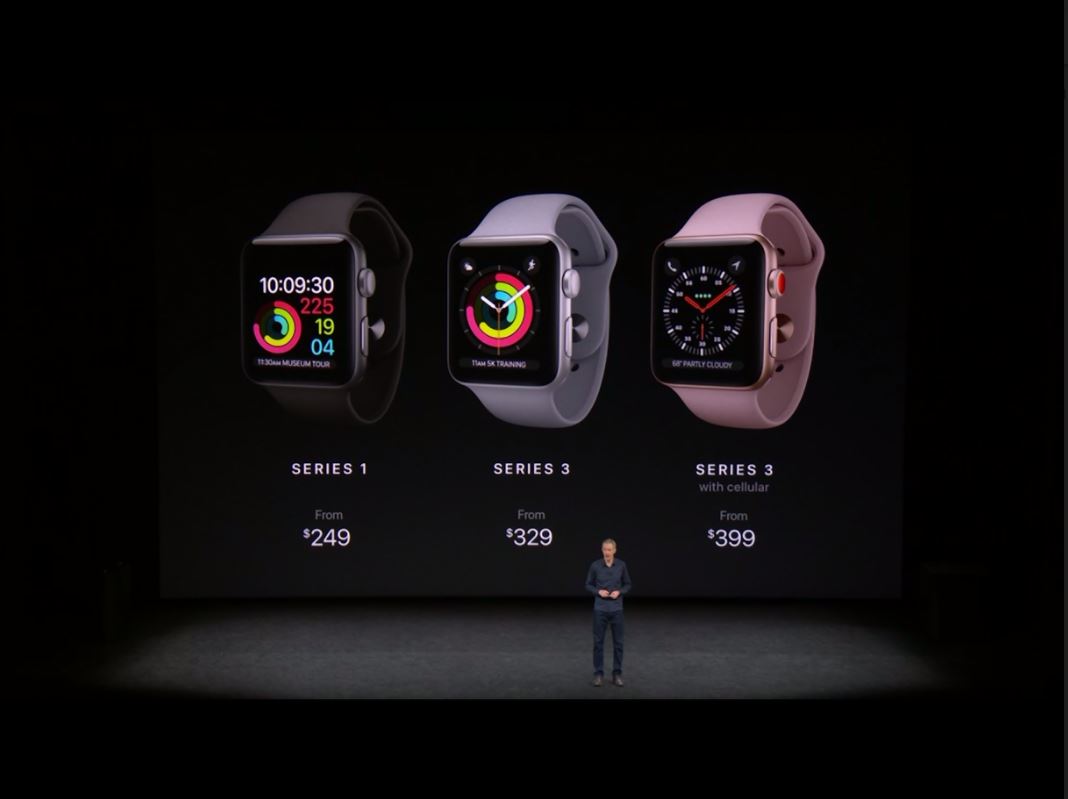 Apple Watch 3 will be an even better heart-rate tracker now, and it’s clear that Apple increasingly has an eye to medical and sports applications for its watches. In terms of form, Apple Watch 3 looks pretty much the same as the previous model, but the Digital Crown has a red dot on it, which is your way of showing everyone that if needed, you can use that watch to make a phone call and wow everyone. We didn’t hear anything about Apple Watch games, which is telling in so many ways. Apple Watch Series 3 will be available September 22nd, The cellular version will start at $399, with a non-cellular version coming in at $329.