After numerous hints and teases, Reigns: Her Majesty has finally been officially announced as the sequel to 2016’s excellent Reigns. Devolver and Nerial announced that they are working on a sequel to Reigns back in January, although details were relatively scarce. Today, we now have a full trailer, screens, plot details, and more for this intriguing sequel to one of last year’s best releases. Reigns: Her Majesty lets you control your kingdom as the mighty Queen. Complex scenarios, betrayals, relationship issues, and more await you in the sequel to the much loved Reigns. Watch the trailer below:

Set to release in 2017 on iOS, Android, and Steam with no specific date announced as of yet, Reigns: Her Majesty already has a nice official website that you can check out for more information. If you aren’t familiar with Reigns ($2.99), you absolutely need to play it. We couldn’t say enough nice things in our review last year, and the game has received loads of great updates since its release. I can’t wait for Reigns: Her Majesty, and if you’re similarly excited, join in the discussion on our forum thread and Discord server. 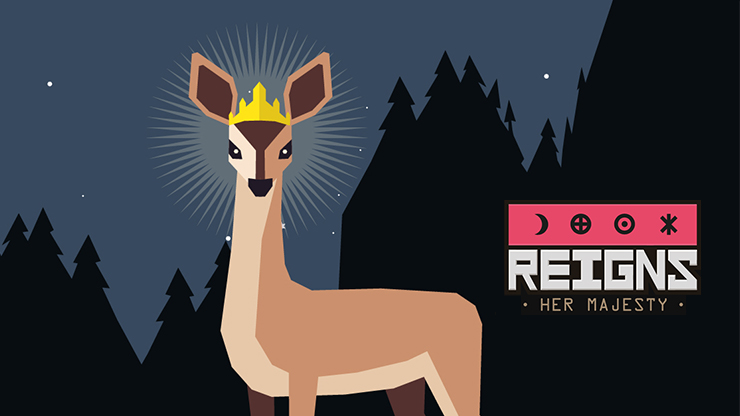