The developer behind Ninja Dudes vs Zombies (Free) has started working on a new game called (at the moment) Boonker Wars, and it looks like it might be fun to play. I definitely like the art. The game is all about infantry fighting vehicles trying to take each other out, and there’s a whack-a-mole kind of mechanic when it comes to taking out soldiers riding on each vehicle that should offer an entertaining twist to the formula. The whack-a-mole mechanic makes more sense when you look at the screenshot below, which shows the way the vehicles carry the soldiers around. As you would expect in a game like this one, the main task is to conquer sectors on the map and take out all of your opponent’s vehicles. 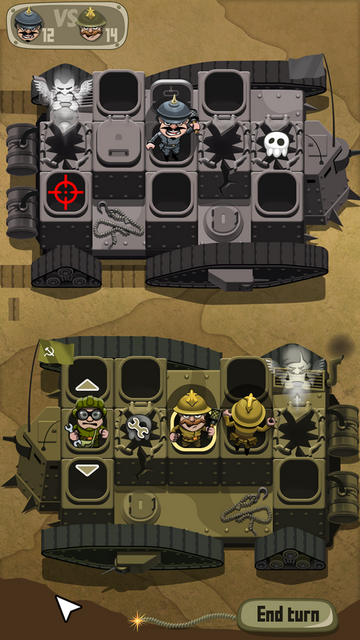 The game will also have you managing your base as you try to build new vehicles, upgrade the ones you currently own, recruit soldiers and mechanics, and so on. And there’s going to be real-time PvP where you have to control oil deposits, but still not exactly sure the details behind that part of the game. Boonker Wars is still in pretty early development, and the developers want to hear from players in our forums on things like the art, the game’s name, and more. So, if you feel like you could help them improve Boonker Wars, head over here.