If you’re not onboard with Miracle Merchant (Free) yet, and you have any interest in single player card games, you need to fix that problem. We posted a review when it was first released, but the basic gist of the game is you combine cards from four stacks to make potions for a line of customers. There’s loads of strategy to how the four cards are combined, which makes for a gameplay experience that initially seems very simple which actually has loads of depth and complexity. Interestingly enough, however, the original version of the game wasn’t about brewing potions- Instead you built burgers for Spongebob’s Mr. Crabs.

Check out the original pitch: 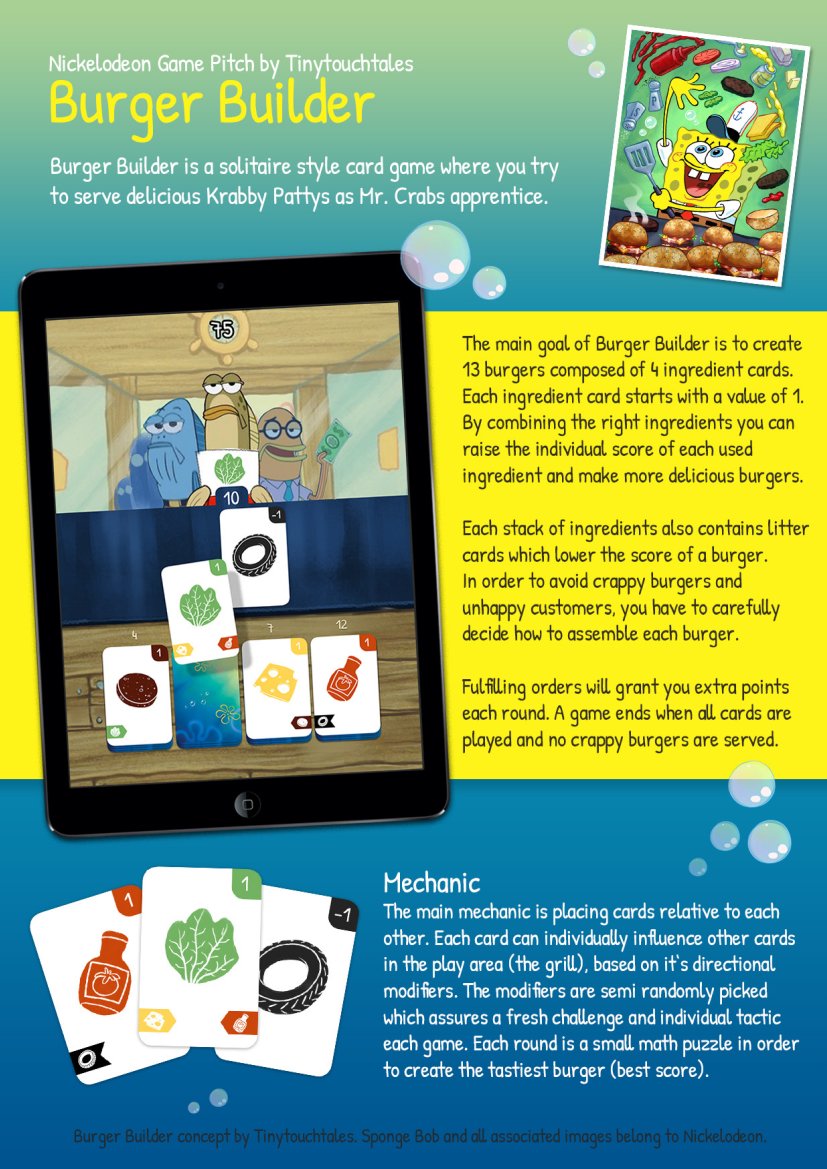 It’s wild how well the game works with both themes. It’d make just as much sense with burger ingredients as it does with potions, and I’d really be curious to see a parallel universe where Miracle Merchant was released as Burger Builder. Would it have done better as a Nickelodeon game? Did they blow it not picking this game up? There’s so many questions.