Good news, Pathfinder Adventures (Free) players. The Rise of the Goblins campaign has just been added to the game, so there’s a lot more content available. Rise of the Goblins comes with 5 new scenarios, 11 special goblin alts for the 11 original characters, 2 new goblin characters (Poog and Ranzak), 1 new goblin diet set, 40 new cards, 2 new locations, and 4 new location backgrounds. Poog is a Goblin Warcaster and Ranzak is a Goblin Raider. Both of them are gorgeous, as you would expect, as are the 11 goblin alts. The alts have new powers, so these aren’t just cosmetic. The Rise of the Goblins bundle costs 1500 gold, and you can grab it in the Store. 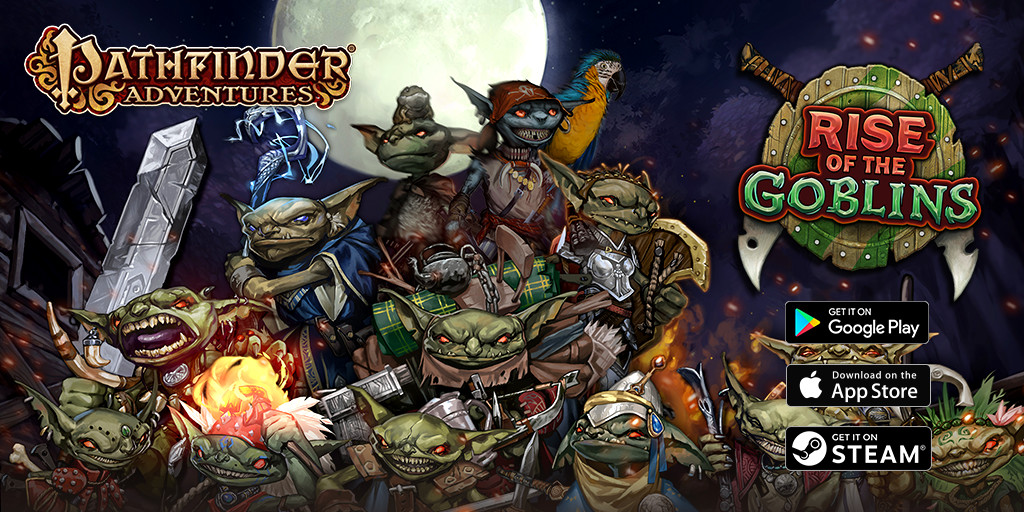 The Rise of the Goblins is loosely based on the We Be Goblins expansion released for the physical version of Pathfinder and interweaves with the Rise of the Runelords campaign (which was the original one that shipped with the game). The update also adds new tutorials to help new players get the hang of what is a tricky game to play. The update is live, so go check it out. And, of course, hop over to our forum thread for more. 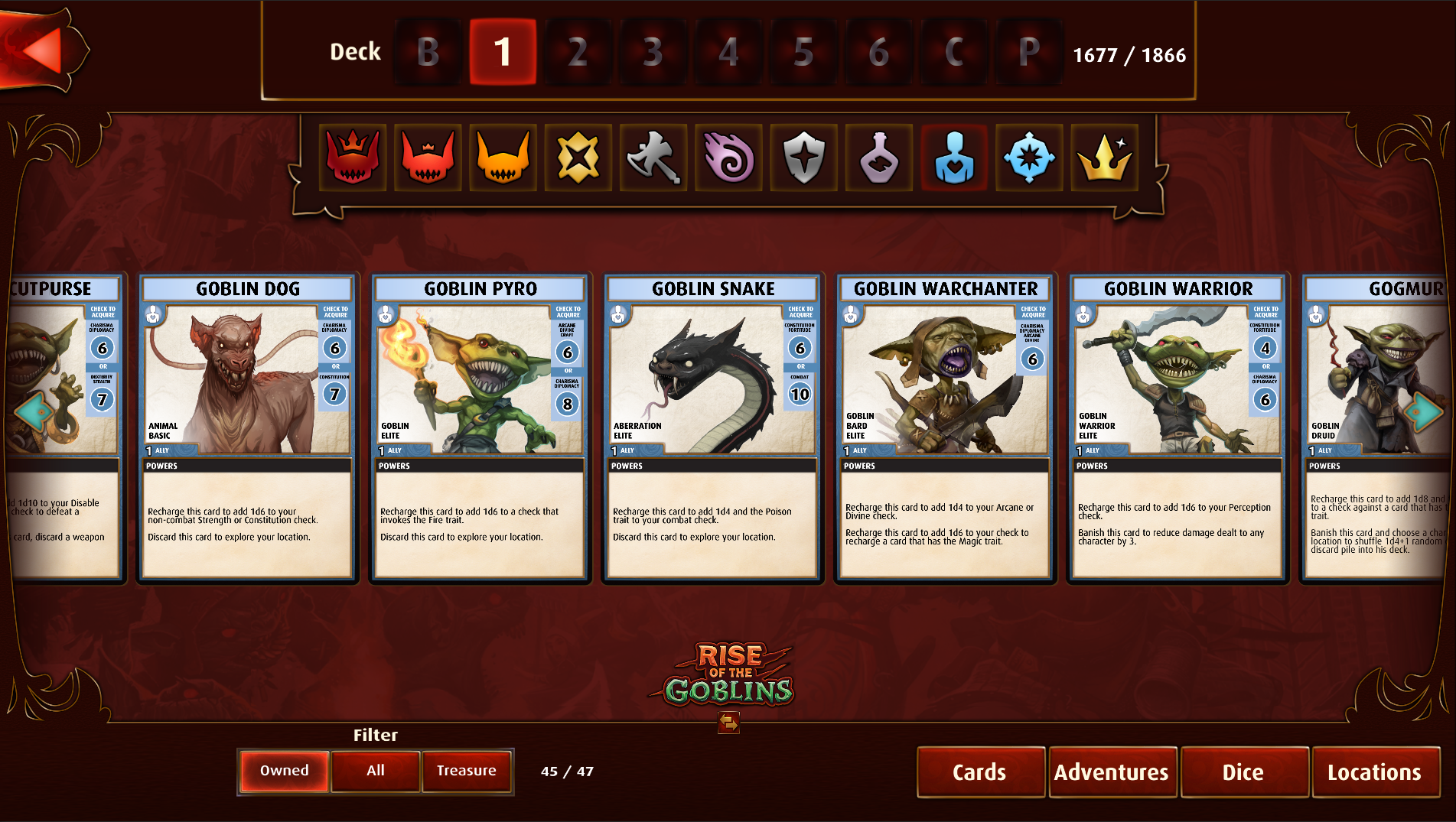