One of my favorite parts of writing about mobile games is seeing certain titles develop from a basic core idea at their genesis, to detailed, complex and action-packed completed products after months of intensive development – and a number of overly ambitious missed release dates. Golem Rage is one such game, and since its debut on TouchArcade in 2016, the developers have painstakingly detailed the growth of their beat ’em up App Store debut, which has certainly been impressive. After missing an initial September release date, Golem Rage is finally reaching completion, and the developers are now looking for beta testers on our forums in preparation for a prospective October 2017 release date on the App Store. 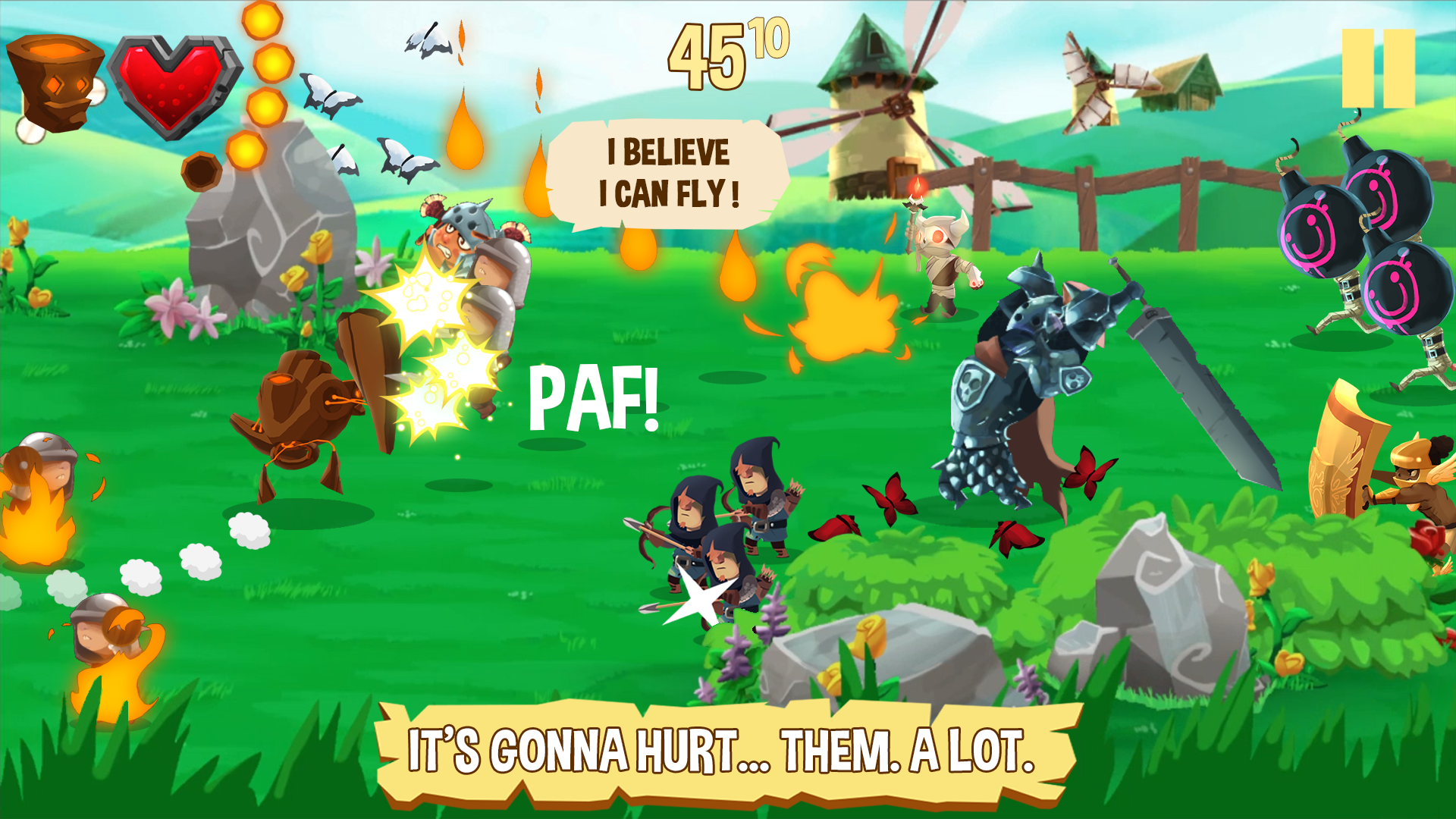 Turns out that a major reason for the delay in Golem Rage was because of the developer’s attempt to win French public funding for the game, and it’s immediately evident that the extra money has made a big difference to the quality and scope of the title. From its relatively bare-bones concept last year, Golem Rage has become a busy and frantic beat ’em up side-scrolling action game, and the ability to crush a wide variety of nefarious enemies with the titular automaton looks like the definition of catharsis. Your golem has seven unique moves, all of which have to be harnessed to defeat your opponents and their specific attacking methods and traits. Occasionally, avoiding enemies is a better tactic than taking them head-on, and it’s this level of depth that makes Golem Rage appear to be more than a throwaway arcade brawler. A beautiful cartoony art style and a much-needed sense of humor top off what is a neat iOS indie release, and with the developer’s background of much trial and error with other failed projects, I can’t help but root for Golem Rage to be a major success. If you’re interested in trying out the beta for this eccentric action title, be sure to sign up by visiting the game’s topic on our Upcoming Games forum.