I enjoy Wargaming’s World of Tanks Blitz quite a bit, although I’ve always felt the fast maneuvering that’s part of that game didn’t translate to mobile that well, which is why I often find myself playing the PC version more. However, I always thought that World of Warships (pretty self-explanatory title) would be a better fit for mobile because ships move much more slowly, which works better on a touchscreen. Well, Wargaming has finally decided to heed my advice and has soft launched World of Warships Blitz on iOS and Android. 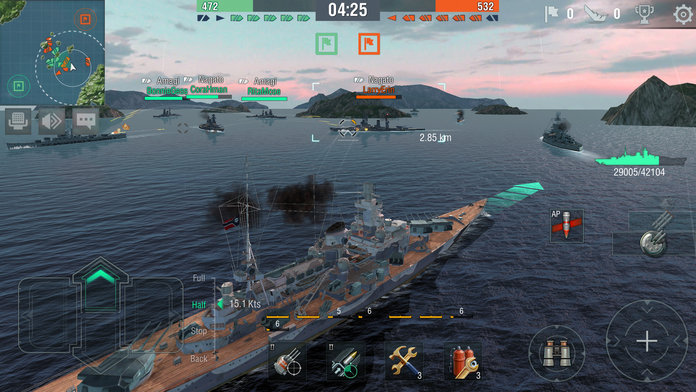 This free-to-play MMO action game has you playing all kinds of ships from WWII in 7v7 battles, and it looks like it’s going to be a great version of the PC game. Wargaming has learned a lot from developing World of Tanks Blitz, and I’m hoping the developers will use all those lessons to make World of Warships Blitz even better than its tank partner. The game is soft launched in the Philippines, so go check it out if you have an account there.