A Planet of Mine

Some of the best mobile games are the ones that take a traditionally complex genre and streamline the whole thing into a super touchscreen-friendly system. That’s exactly the case with A Planet of Mine (Free), a new game from developer Tuesday Quest that takes the notoriously complex 4x strategy genre and stuffs it down into this tight little mobile package. Eli already gave a nice, quick overview of A Planet of Mine this past Tuesday, so I’ll avoid going into too many nuts and bolts here and instead you should give that article a read if you want to know a bit more. What I wanted to focus on here is just how brilliant the design is of this game as a mobile 4x title. 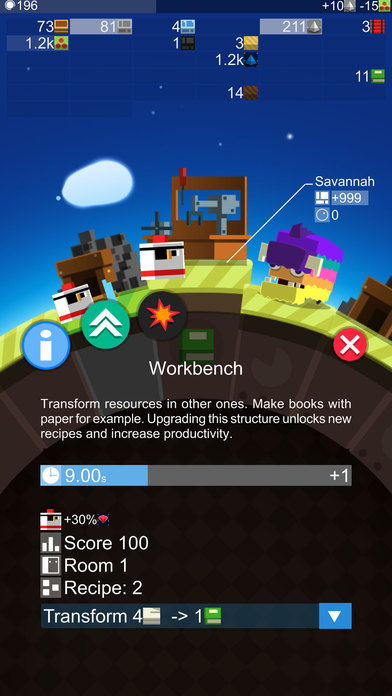 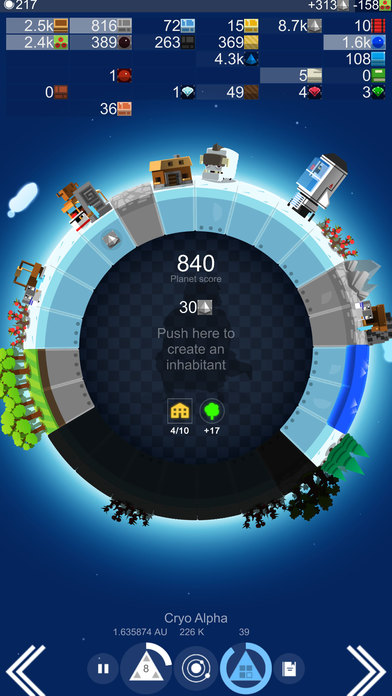 You start out in A Planet of Mine on a single planet where you’ll assign your denizens to tasks like harvesting resources from the land and building structures. The planet is represented as a big segmented 2D wheel, with each little segment being a different plot of land. Segments with a mountain on them are good for building mines on, segments with water on them are a great place to put a well, forest segments are where you’ll harvest wood, and so on. The entire game plays in portrait orientation and the planet wheel can be easily accessed with your thumb, making this a stellar one-hand game to play during a commute or while waiting in line. Did you ever think you’d be playing a 4x strategy game with a single thumb?? I didn’t.

A Planet of Mine also uses very intuitive long-taps for things like purchasing a structure, so it’s much harder to accidentally mis-tap and buy something or create something you didn’t want. Oh, and my favorite part? The passage of time is represented by the planet slowly rotating in a clockwise direction, but you can actually touch and drag the planet to spin it faster and speed up time if you’re anxious to finish a building or job. It’s just a clever and fun way to control the speed of the game, and again, it can be accomplished with just your thumb. My main knock against A Planet of Mine is that it doesn’t explain itself very well, and you’ll very likely need to get a few failed games under your belt as you learn the ins and outs of everything. The thread in our forums is a nice resource to get help with questions, but it would still be nice if the tutorial did a better job explaining the UI and what certain things did.

While A Planet of Mine may not be quite as in-depth as a full-blown 4x game on console or PC, it covers most of the bases extremely well, and is far deeper than you’d think by just looking at the screens. There’s a tremendous amount of stuff you can do, especially once you level up your planet and start checking out the solar system at large. Do you want to conquer other planets? Become friends with them? Do you want to create an entire galaxy of fruit farm planets? Go nuts! It also has an extremely nice pay model, and is free to download and you can play a brief tutorial and limited starter planet to your heart’s content. Then there’s a laundry list of different species you can buy either in $1.99 packs of 3 or all of them for $4.99, and any purchase will also unlock the rest of the game’s modes. There’s no reason NOT to try A Planet of Mine if you’re into strategy games and want a super mobile-friendly one.