After the Assassin’s Creed series took its much publicised break from the front lines during 2016 – which, apart from the debut of the Assassin’s Creed Identity ($1.99) spin off in February of last year, also applied to mobile – the stealth stabbing series has truly come back with a vengeance in 2017. E3 revealed the upcoming Egyptian-themed Assassin’s Creed Origins that looks mightily impressive, yesterday marked the surprise announcement of a bizarre mobile strategy RPG game named Assassin’s Creed Rebellion, and it looks like a brand new title has also managed to leak out of Ubisoft this morning as well. Thanks to the suitably excellent detective skills and eagle vision of forum member TheMerc, what appears to be a 2D platforming spin-off of the French Revolution-themed Assassin’s Creed Unity game has been revealed on Twitter. However, this version of the controversial entry in the series will be exclusively on Honor9 phones for sixth months, with no explicit details of a wider iOS launch at this early date. 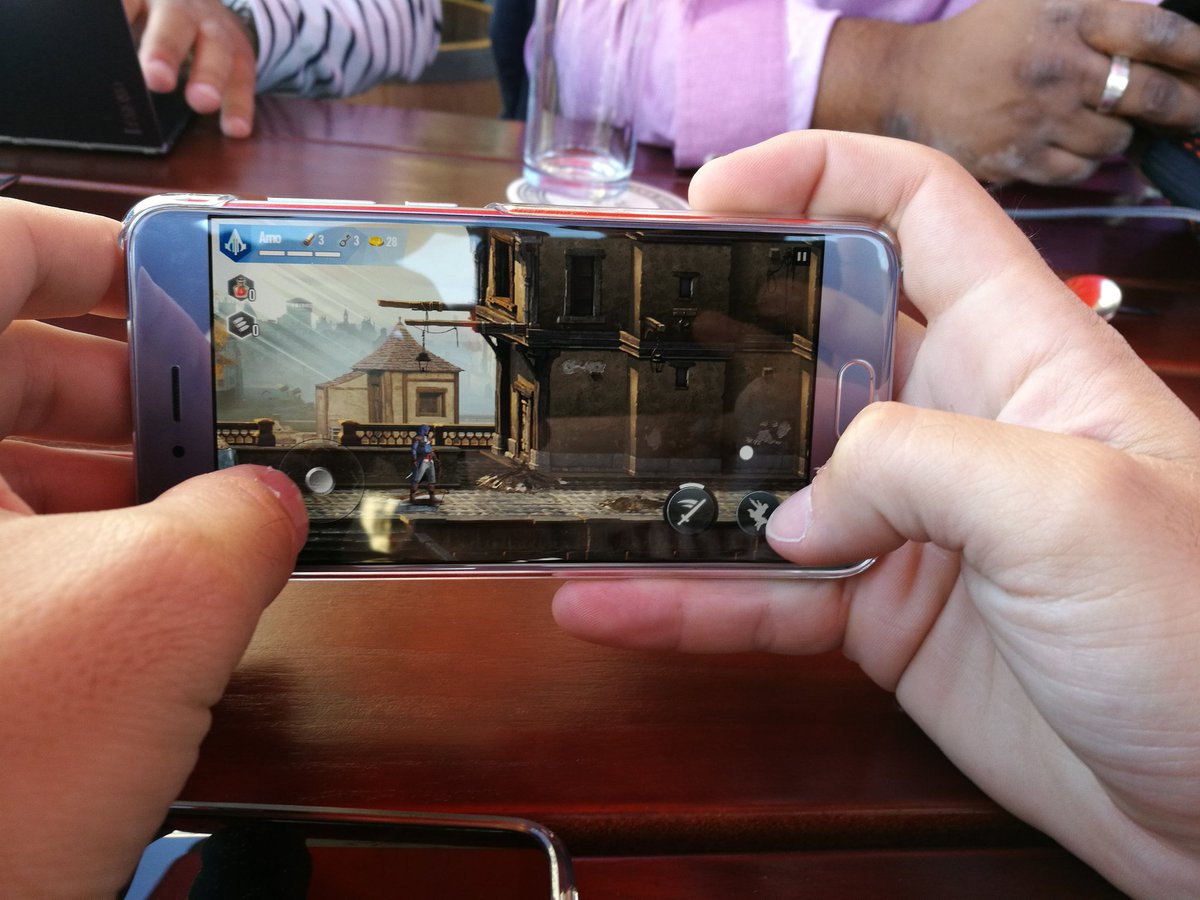 Details of Assassin’s Creed Unity on mobile are currently extremely scarce, and IGN France have claimed that Ubisoft neither confirmed or denied the game’s existence when asked for comment. There is no stated release date the game on for Honor9 devices, and no wider confirmation of a later iOS or general Android release (although the emphasis on ‘exclusive’ suggests that it should make the transition to these markets after the six month period ends). Only one image of the mobile version of Assassin’s Creed Unity exists, which showcases side-scrolling gameplay that does not look too dissimilar from that of the old Assassin’s Creed II: Discovery port from the early days of the App Store. While it’s understandable that Ubisoft want to remain quiet about this game considering their focus is already spread thin over both Origins and Rebellion titles, it is still bizarre to see Assassin’s Creed Unity – a relatively old and unpopular entry in the series – release as an exclusive for a brand new handset on mobile. All we can do is hide in the metaphorical haystack that is our forum thread and wait for more information.